Didn’t post very often… but here is another sketch. 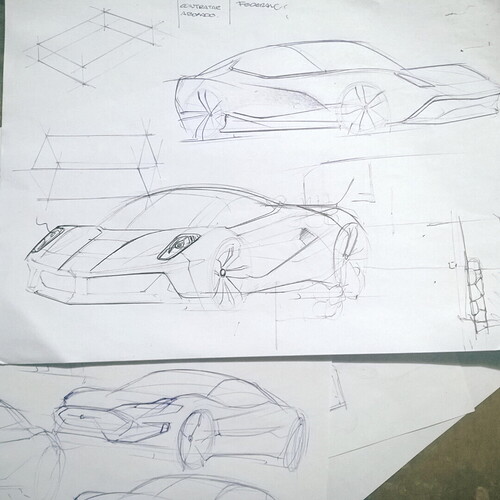 Another sports car doodle, pen on bond paper… only reference guides and horizontal lines one after another to get a barely understandable profile.

It started like a random doodle and then for a strange reason, Monza SP1 model came into mind and then I change the proposal. That’s why the sketch has an strange proportion… begin with something, end with other car in mind…

Just a plain picture form phone and a little brightness / contrast edition in PS. In real life the sketch appears to have more lines than the image I’m posting. The editing just cover with white a lot of lines simply dissolving certain details that helped in achieving “some volume” . 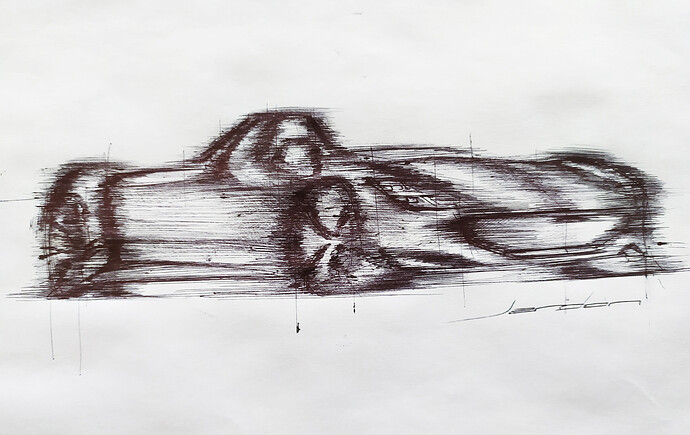 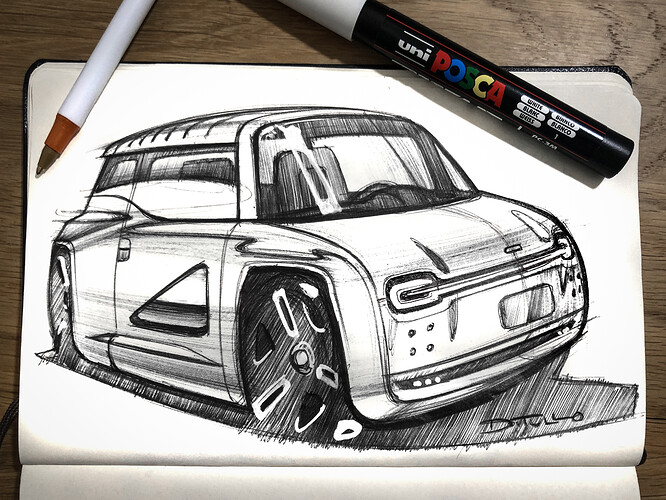