so i guess it’s my turn to hear your opinions about my work!

please take a look at my coroflot portfolio:

a design studio asked me to do several sketches for them to look at and these are a few of the ones i sent them…hopefully they’ll be impressed.

let me know what you think, thanks in advance.

Linework _ awesome, very nice, I love how elements disipear as they wrap around

Shading _ very flat, this needs to be pushed more, especially in the first few where the photoshop brushstrokes are apparent, also a ground line or shadow would help.

Thanks for posting your stuff!

Wow aweeome…Yo is correct you need to ground thos shoes so they dont float away…shadow them. but otherwise gorgeous


another updated portfolio form me

Well, put it this way: I’ve never actually learned to do photoshop renderings (makes note to get round to it eventually

) - I don’t have anything like that in my portfolio - the fact that you can do it at all can only be an advantage when you are presenting your work, as there are a lot of designers in the dress shoe trade who only sketch by hand.

What I would like to see is little mini ranges around a theme - take one of your themes and develop it into different upper patterns on the same kit - perhaps you did that already but didn’t upload it?

Hmmm don’t you think there’s a tad too much info of yourself on the resume? Do expect to receive all kinds of cards and flower from today!

and I thought a woman’s age is always a secret… or lie? nvm

It interesting that generally in the US, people think it’s not a benefit to indicate detail info such as race, nationality, age or even gender on their resumes. Whereas in some other countries, it’s the norm.

I’m pretty numb when it comes to apparel design, but like how your renderings are precised yet expressive.

thanks for the comments!

yo: what do you mean by pushing the shadowing? making it stronger, more evident? i’m always scared that what looks good on my computer screen may be alot darker or lighter on someone else’s screen.

yo / drdoodle: ground line…well pointed out! i will add that.

shoenista: when working i never have time to do any sort of rendering as work is a non stop rush!! but when it comes to my portfolio i like to make it as complete as possible or at least show what i can actually. i had developed different uppers for each “theme” but chose to upload the ones i liked most.

molested_cow: i was recently told by a recruiting agency that more and more companies perfer complete resumes where they can find all the information that they need instead of the brief one page ones that most people write. i’ve had alot more success with this type of resume than the shorter version i had up until a few months ago.

yo: what do you mean by pushing the shadowing? making it stronger, more evident? i’m always scared that what looks good on my computer screen may be alot darker or lighter on someone else’s screen.

I would recommend studying how simple one point light sources play across shoes you have around you. Bigger softer shadows playing across the forms. Here’s one of my old ones, but one of the first that I though was decent:

molested_cow: i was recently told by a recruiting agency that more and more companies perfer complete resumes where they can find all the information that they need instead of the brief one page ones that most people write. i’ve had alot more success with this type of resume than the shorter version i had up until a few months ago.

When I showed my first resume draft to my instructor I included my nationality. He advice to make it off because it may rob me of possible opportunities for interviews.

Then I had my telephone number on coroflot. A guy emailed me for freelance opportunity and he said it was unusual to see people putting their personal contact numbers on the web.

I’ve learnt to exclude info like nationality, ethnic origin, birth date, gender or even photos on online or hard copy resumes. I think everyone should get equal opportunity to be chosen for an interview.

However I do let them know that I am not local when they offers me an interview. If they have a strict policy of not hiring foreigners, then no one will waste time or money.

Maybe when I go to London, I will drop by your place with a bottle of wine and a bouquet of flowers.

I do the same as mcow points out. No need to let some cog in the wheel make your resume “disappear” for their own issues, especially if they may not be the decision makers. Best to let your work speak for itself, then let them be surprised when you show up and you’re nothing that they expected. That’s how you help break down preconceptions and barriers.

yo: thanks i see what you mean, i’m going to try and add an over all shadow on the whole shoe instead of on each layer like i’ve done up until now.

molested_cow / skinny: i guess you guys are right. i always included nationality because my name is serbian and people just come to the wrong conclusions without even knowing who i am and where i come from…that pisses me off more than random people calling me up (which has actually never happened). people have always sent me emails before calling me. i’m going take the personal info off and see what happens.

molested_cow: red wine for me thanks!

thanks again guys i appreciate your comments

yo: thanks i see what you mean, i’m going to try and add an over all shadow on the whole shoe instead of on each layer like i’ve done up until now.

No problem. To see how to capture the general shadows, try shining a desk lamp on a last. Any other shadowing would just be to pop individual details, but if you capture the form of the last, your renderings will really pop.

i’m going take the personal info off and see what happens.

molested_cow: red wine for me thanks!

Oh crap, I should have saved it first! Now you ain’t gonna get no wine

As regards personal info on the web, I’ve had my cellphone number and website /email details on the web for over two years now I have to otherwise how would I get any work?- never had any weirdos, but I don’t put all of my personal info up there such as my age. What annoys me about sites such as coroflot and design directory - is they don’t give you the option to put your email up as an image file.

Why image file instead of text you are probably wondering?
The spam bots can’t see it.

shoenista: no wondering, and gmail makes spam no problem too.

the work looks fresh. something new, thanks for posting. good to see other sides of footwear than just the athletics.

I think the work is beautiful, elegant and sexy I think most women would want to purchase these shoes. the variety is nice aswell.

in the second work/ looks asthough that top view is kind of floating…maybe changing its scale so it doesnt seem so dominant? or creating top views for some of the other patterns?

no. 5 I think background patterns needs a lil more life…looks less powerful then the others

so did you ever find that juicy fruit while in china?

Just wanted to let you know that the work looks amazing! You’ve inspired me to do the same and I’ll be needing some tips!

Keep it up!
ok

ok guys so this weekend i’ve been pushing the the shadows just like YO suggested, the shoes do look so much better (imo) and luckly a stranger emailed me and gave me some good directions on how to achieve the effect.

i also took all your other advice into consideration and this is how i adjusted some things on my work. 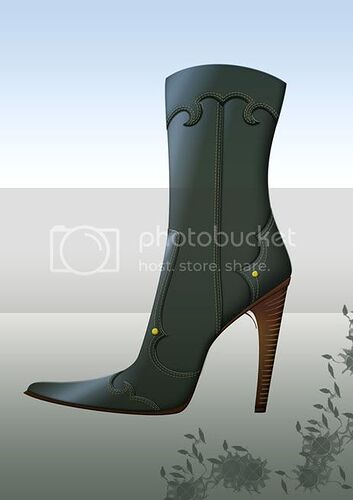 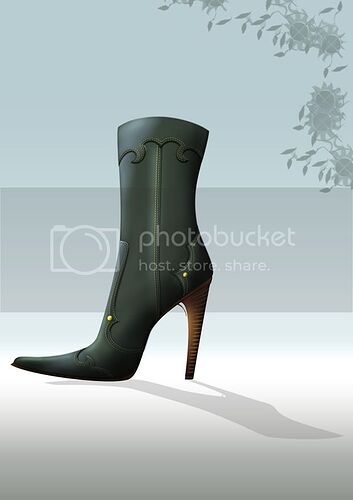 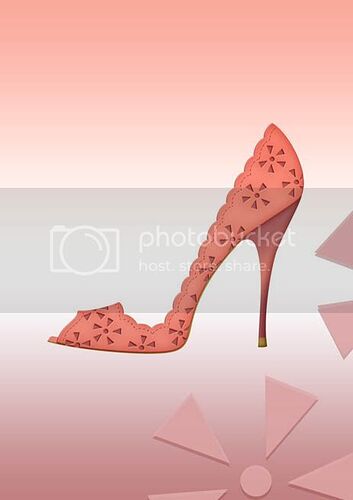 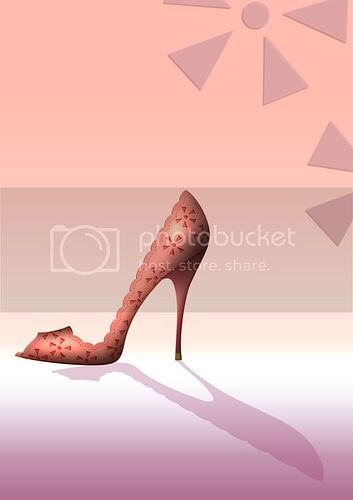 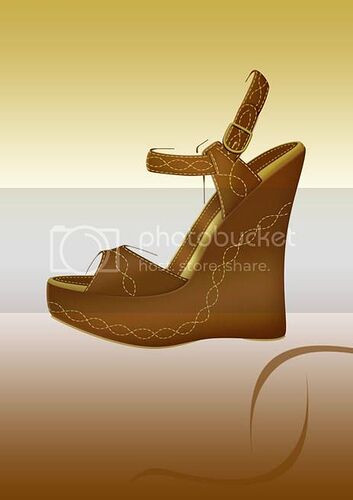 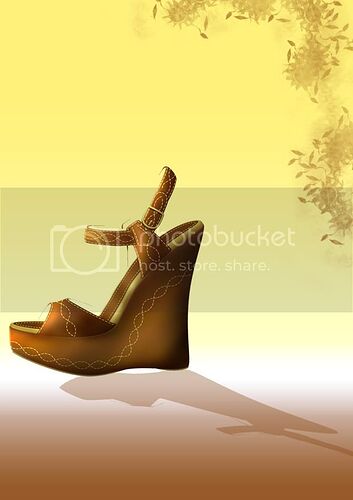 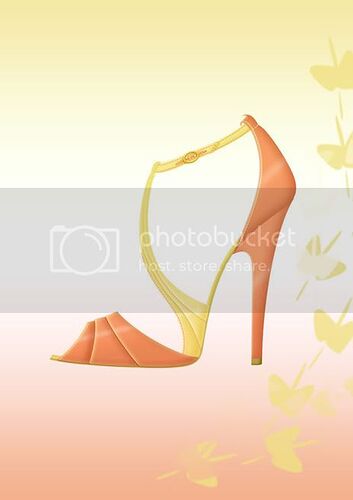 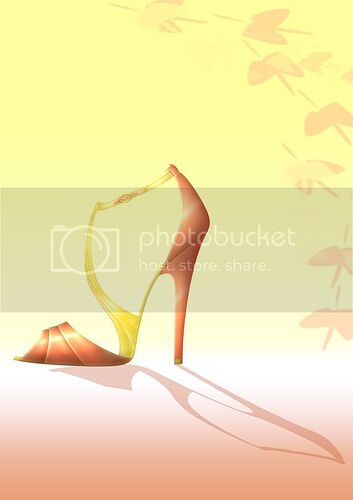 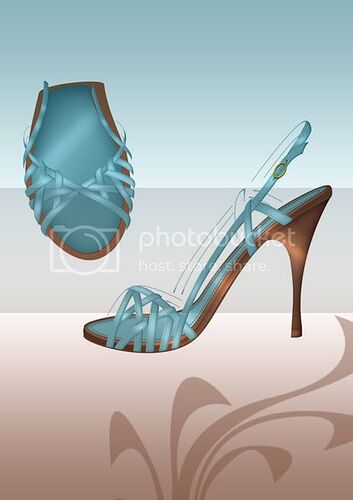 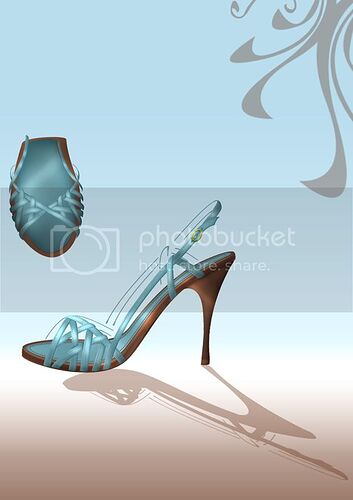 looking back at them now with the before and after, i think i could have added more shadow on some of them but while doing them i was getting the impression that they were starting to look dirty instead of shadowed.

mark: thanks for your suggestions, took them into consideration as you may see. btw i found the most juiciest fruits while in china, pineapples were my favourite!

ok!: thanks and glad to have inspired you

just ask when you need tips but i’m sure other people can help you too!