I recently did a video sketch demo for and interview on the Rhode Island School of Design’s ID blog. Thought you all might like a look. It is of a Mobile Disaster Relief Clinic. 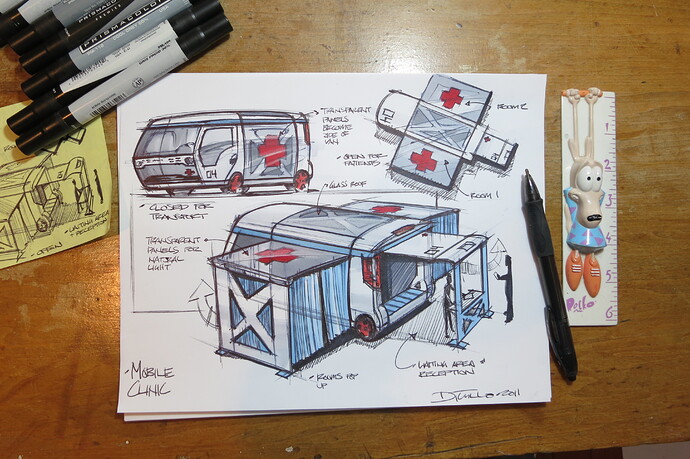 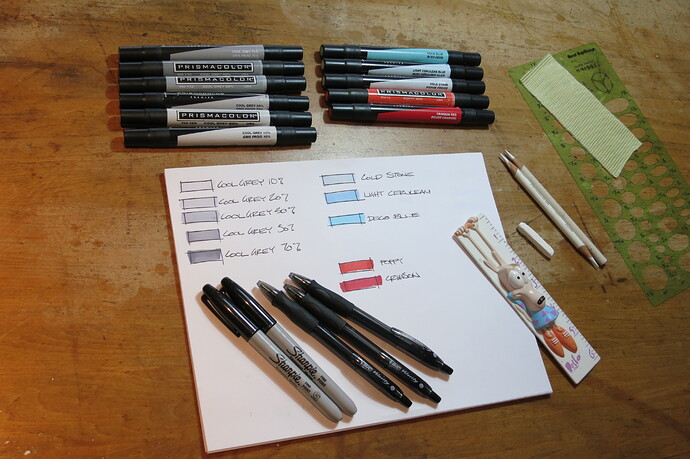 This is a link to the full interview, mainly about sketching:
http://bit.ly/ABHwpo

I am applying for undergrad I.D. right now and hope to get on my path of developing into a unique designer as we all are. Thanks for pointing out that the first 2000 sketches are complete crap. I’m guessing you’ve read Outliers and you’ve reminded me that i need to get through my 10000 hours and 2000 sketches and to not be discouraged along the way!

Curious, What was that two finger technique around 1:25?

Sketchroll: he’s using his fingers and swinging around the pivot of the door to gauge how far he should draw the lifted door.

Yes, Jullius, that is exactly what I’m doing. I move the page around a lot and do a lot of gestures like that to gauge proportions. It is not a particularly pretty sketch, but I think it is a decent example of a thinking sketch. Something I would show other designers and engineers to represent a possible solution before making a quick mock up.

Also, did you notice I had two cameras rolling to vary the angles a bit at times… I thought that would be fun, but it certainly added to the editing time!!!

Nice video!
My sound isn’t working currently so I’ll just have to re-watch this later

Sweet. But there’s two things you really need to do… 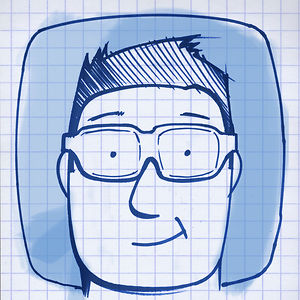 Good stuff Michael–nice editing too, I like the 2nd camera angle.

Nice little watching there…
Good to see you brought your fan club along at 32 secs for support…!

it is a little bit of a long video, but it shows how long a sketch takes… even a not very good one. That was sped up even.

I think this gets to the topic of self criticism that Jon brought up the other day, and my response on a tight sketch vs a loose sketch: Self Criticism

The sketch above is not that pretty, but it is loose, offers room for a little creative interpretation, and communicates an idea simply that can be used to have a collaborative conversation to get it to the next level. It isn’t really a design, or even a flushed out concept, it is the visualization of a raw idea.

Good stuff Michael–nice editing too, I like the 2nd camera angle.

I had really been wanting to do a vid with two cameras. It just makes it cooler, though a pain to edit.