Thanks. Was kinda fun (randomly picking colors and textures on the fly) but also a lot more work than I expected doing it and narrating what I’m doing at once. Especially trying to make it easy to follow when I’m using a bunch of hotkeys and shortcuts… A learning experience for both me and the students I think!

I feel you there, I tried to do that last semester with my class. Pretty much had to tell them to just watch me fly, take notes on anything they have a question on, and I’ll explain it to them when I finished. But I was also trying to show them speed also so that counts a lot for the “just wait and I’ll tell you when I’m done” mode.

I have a problem with my images…after post them here I can´t see them on my post…before that I use to press “preview” and it´s correct but after that…they disappear.

Ok…so this is what I was doing this last weekend: 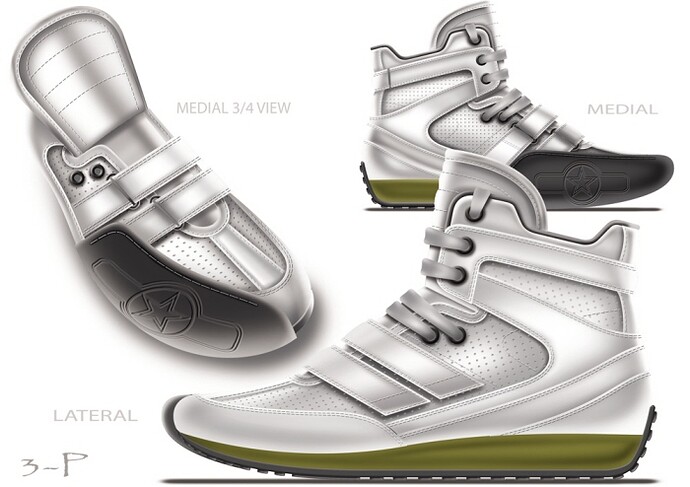 A question to those of you who use sketchbook, do you use drawing tablets or just mouse/trackpad ?

tablets for sure, pretty impossible to use a mouse with it!

tablets for sure, pretty impossible to use a mouse with it!

will everyone get angry if i put up a topic asking about the tablets ?
From searching i cant find any topics since 2004/2005, technology has come quite a way since then !

Hi As a current ID student, I have been working (and spoiled) on Cintiq’s on campus in our labs, which I absolutely love, but sometimes they can get crowded, so I decided to get my own Wacom intuos tablet to use at home (not a Cintiq, too expensive). I know that the differences between the two are major, since on the Cintiq you can draw on the screen and the other not… but anyone know what the learning curve for drawing on the tablet is? and would it be better for now, until I get the hang of…

I am getting my head around using SBP, took some time and finally got a pencil custom set to work the way I like it using my Cintiq. I am curious what you guys use for the document set-up. The default is a 200 DPI document. I have since reset it to an 8.5 by 11 inch and 300 DPI. I don’t think I’ve seen any comments on image or canvas size. Is there a reason it comes default set to 200 DPI? I wonder if I am making my documents unnecessarily larger then it needs to be. I come from doing traditio…

We are looking to get some tablet PC’s here at work for sketching away from the office (we use the big Cintiq’s here). We really want the Toshiba: http://www.toshibadirect.com/td/b2c/pdet.to?seg=HHO&poid=410659&in_merch=1 But our company uses Dells and we’re not sure if their new tablet is worth using: http://www.dell.com/content/products/productdetails.aspx/latit_xt?c=us&cs=555&l=en&s=biz Just wanted to see people’s opinions on these; if the Dell isn’t ideal, we would just get the Wacom 12W…

IF YOU HAD A CHOICE: tablet pc or cintiq??? sketching

Ideaz, Welcome to the Core77 forums! Thanks for your feedback on this topic.

Great work all, there’s a lot of hot renders on this page. Richard, I especially like what you did with the rendering of that iridescent quarter panel, looks sweet.

I’ve been working on revising my Air Force Adapt design from last year’s future sole contest, this is where I’m at so far. I’m thinking of going with an iconic/simplistic look with an emphasis on the tech. Any feedback is welcomed and appreciated. 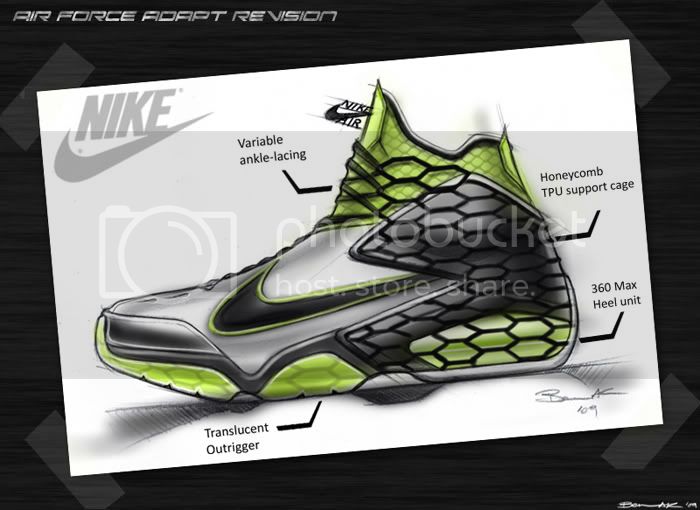 Ben,that is one brilliant concept!keep working on it…it definitely deserves a lot of attention…and a nice sketch too!

Thanks guys, I appreciate it. Any suggestions on where I should go from here? See any glaring issues that I should take care of?

The 360 max heel unit looks a little bit too tall in my opinion. I think making it proportionally longer will make the design look a little “faster” as well. Love that you are revisiting this project though. Keep it up!

Ben loving the concept especially the honeycomb, I agree with scriptD that the shoe should be just a little bit longer, I took the time to measure your shoe in comparison to the Nike Hyperdunk, you probably already know this but the height of the shoe and the the opening of the shoe( where you put your foot in) is spot on. The length of Bens shoe is 1 centimeter less than the nike hyperdrunks, also I think what made the shoe proportionally confusing is the undercut the shoe has compared to the Hyperdunks, if the soles undercut at the front of the shoe was a half a centimeter less, then, the proportions would be very near exact. Now it’s possible I could’ve made some mistake as I measured this, but it’s close enough.
Heres a shoe I’ve been working on myself. 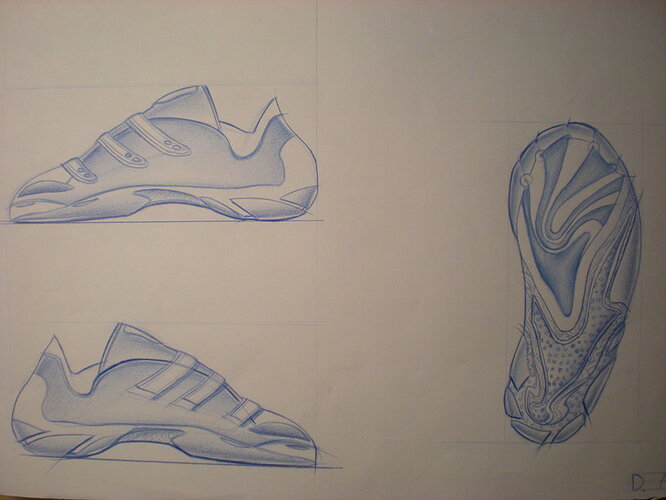 Well this something I was thinking yesterday…just a little piece of fun. 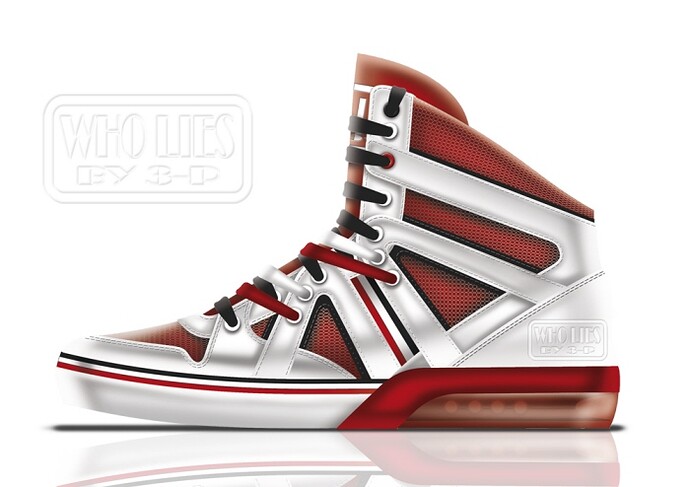 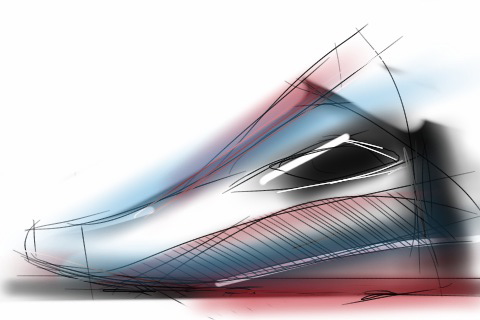 @rkuchinsky just curious, did you use a stylus for that one? I’ve just tried sketchbook for iphone myself, but then drawing with a finger (hard to do!).

@rkuchinsky just curious, did you use a stylus for that one? I’ve just tried sketchbook for iphone myself, but then drawing with a finger (hard to do!).

nope, all finger, and I have kinda thick ones. takes a bit of getting used to, but then again, I’m used to a intuos tablet where I can’t even see what I’m drawing so actually find it pretty easy. Plus you can zoom in to do smaller details…

Dude, pretty awesome considering it’s done on an iPhone… the future is now.

Dude, pretty awesome considering it’s done on an iPhone… the future is now.

Remember in 2007 when we used pens and markers on paper?