for car designs and did not find any. So I start one here.

A quick sketch with pen and then some strokes in photoshop of a kind of a raised Alfa Romeo (lower than Stelvio) that still keeps a kind of sedan-ish feel (yes, yes, i know the wheels are super over-sized… hehehe). 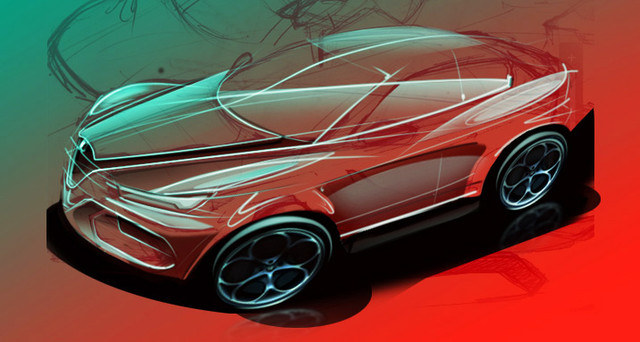 Great idea, thanks for starting a car Sketch-Fu!

Great idea, thanks for starting a car Sketch-Fu!

I’m working on something to throw in

a little something to close out the week: 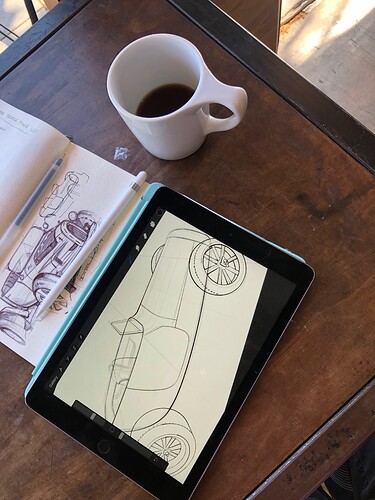 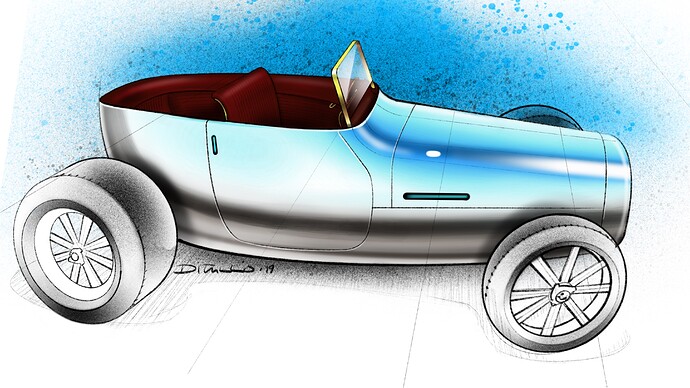 Love the analogue/digital content of your post Michael as well as the dynamism of the form despite its simplicity!

Thanks, Steppenwolf. I just uploaded a video of that last one: 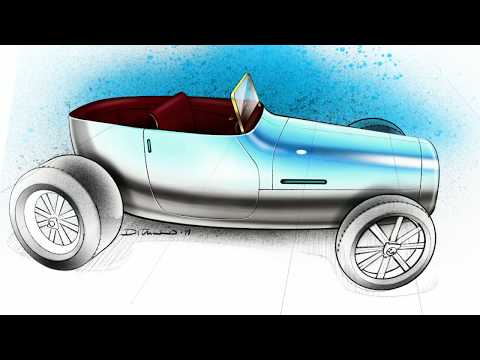 Great one, yo. You recorded it via your iPad? 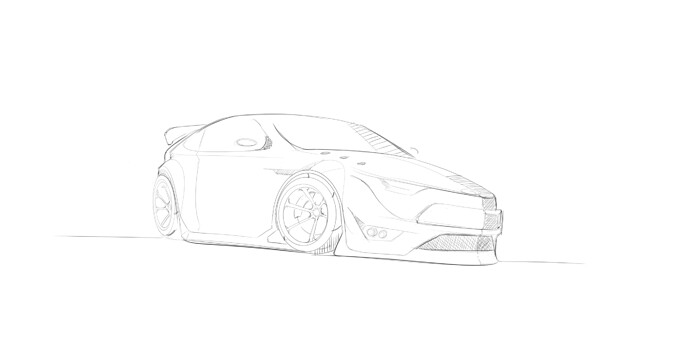 Thanks! Yes, both Procreate and Sketchbook apps have timelapse features for their iPad apps. With the Sketchbook app you have to hit “record timelapse” before sketching. In Procreate it records actions through the undo stack which is unlimited so at the end of a sketch you like you can tap “export timelapse” which is a nice way to do it. It also eliminates any pauses between strokes because of that. Procreate keeps the artboard stable for the video even if you zoom and rotate while sketching. Since Sketchbook is a true record feature you get pauses and the artboard zooms and rotates with you.

Once a month Cliff Kräpfl and Mike Herbert host and event called “Old School Car Class” at Teams design in Chicago. Cliff was one of my instructors in design school in late 1990’s and it was a joy to get together and sketch with him again more than 20 years later. Among the other designers in attendance were Dan Zimmermann (virtual dial in), Alan Lebowitz, Bethany Chan, Hector Silva and Linda Bui. 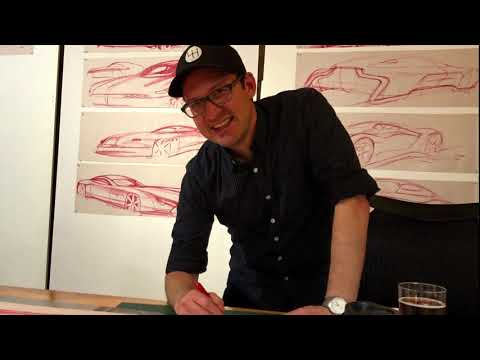 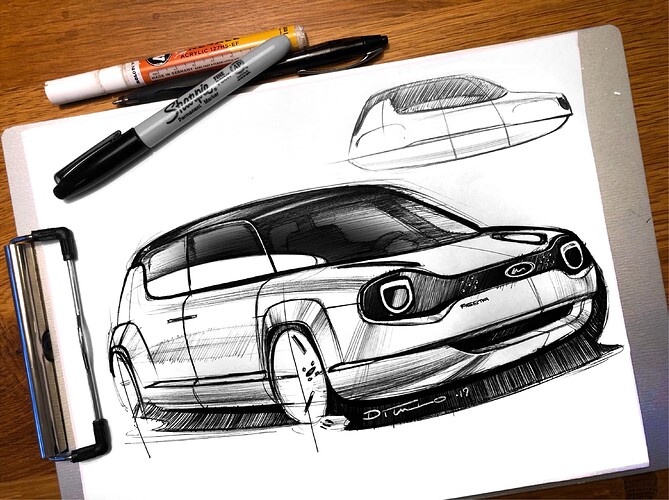 6:20 am flight to Chicago this AM, Royals by Lord came on my playlist and when she sang that line “we’re driving Cadillacs in our dreams” I was inspired to spend the flight working on this Eldorado doodle. 2 slab sided fins sandwiching a glass passenger compartment. 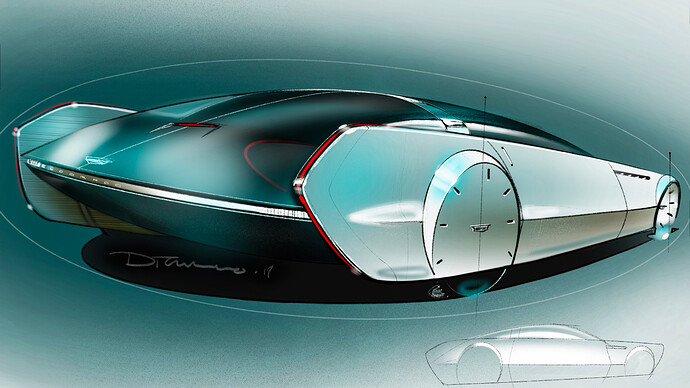 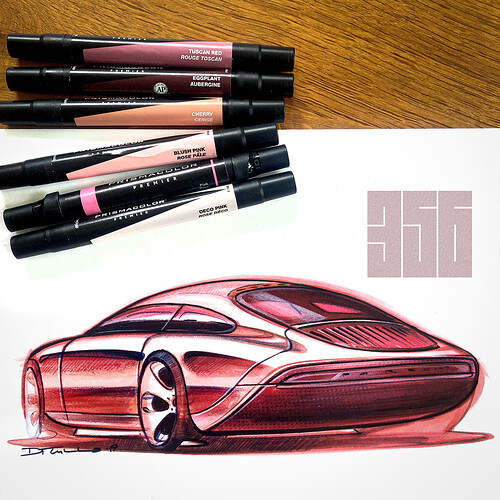 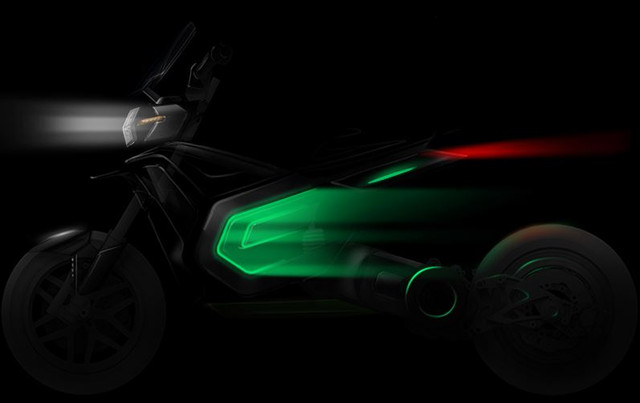 Night-view of an e-scooter (ok, not a car, transportation related) 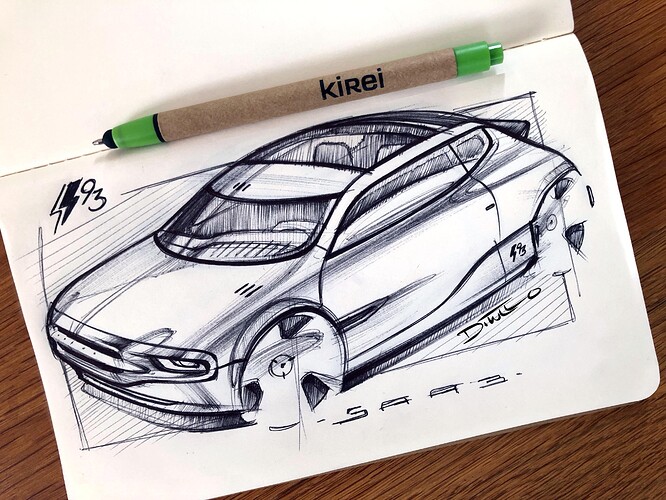 You got the wheels right. I’d rather a more wrap around front windscreen as a throw back. Nice little touches with the black duck tail spoiler and three hood cut-outs.

If you are in Chicago, I highly recommend checking out Old School Car Class. I’ve gone a couple of times when I’ve bene in town. Super fun.