To say that I am a politically motivated for designer would be an understatement. As such, here’s a place where like-minded individuals can contribute their sketching talents for the Obama campaign:

As a disclaimer, Core77 is independent of endorsing any candidate unless otherwise specified. 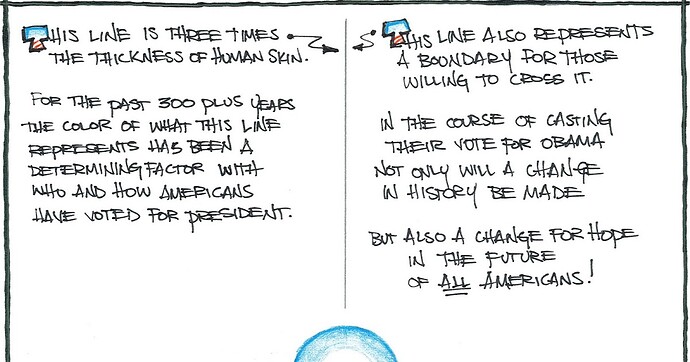 "This Line" by Jerry D. Elmore

a Sketch for Change by Jerry D. Elmore Artist's Site "I heard on NPR during my commute home about how skinheads were planni...

Your cartoon/sketch just proves why most people should not be allowed to vote.
For the past 300 years? This country is not that old, do the math.

Here was what I also wrote to the blog regarding my submission:

I did want to mention, that although technically incorrect since America didn’t have truly have a “leader” or president until 1789 or 219 years prior to this year, the 300 years reference is more of a symbolic number for being “a very, very long time” ago.

I also left it at 300 for people to hopefully research on their own the specifics of American history and to truly gain some perspective in how far we’ve come.

I can only assume that your comment implies that the right to vote should also be tied to some minimum level of intelligence.

In doing so, what’s to say you meet that standard?

If you want to check the math, the difference between 219 years and 300 years is 81 years.

George Washington, our first President, was 67 years old when he died. I figured (+/-) a generation was a reasonable margin of error in the span of 300 years and is why I rounded up. Our second President, John Adams, lived to the ripe old age of 91. Thomas Jefferson, our third, was 83. 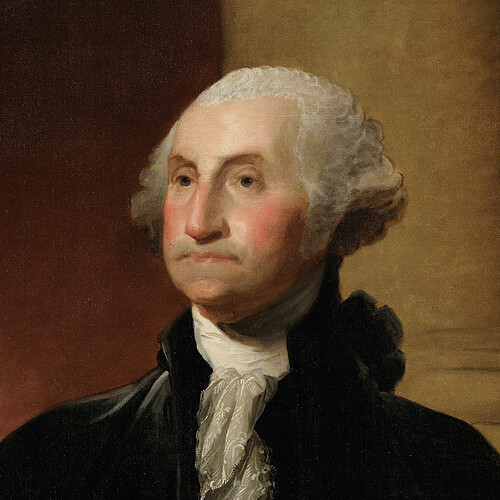 Learn more about the Presidents of the United States from WhiteHouse.gov.

I didnâ€™t read your blog all I did was come in here to check sketches. And this is on here, and I read the 300+ years. I would think that one should strive for historical accuracy with regards to dates and numbers about when people were allowed to vote in this country. And I do believe that to many people vote with out ever knowing what they are voting for or who. Maybe they vote cause this person because they like the way his wife looks a certain way, maybe they like his hair his suite ectâ€¦ they are just not informed on the real issues like they should be. And maybe if you had a small test where they could screen out all the air heads that vote, you might get a better republic than you have now.

Well, here’s something my dad sent me which may be along the lines of what you speak of:

Although it was designed more with an entertainment value, I think it has some merit with judging how people could vote based first on the issues, and then the politician which bests match their interests.

Uh oh, I know where this is headed…

Greenman that is priceless.

I also left it at 300 for people to hopefully research on their own the specifics of American history and to truly gain some perspective in how far we’ve come.

Do designers here have an aversion to actually reading?