Sketch blog - goal to get through a ream of copy paper

Hi!
I decided to start a sketch blog because I feel my sketching skills are holding me back. I work as an industrial designer, but I didn’t sketch as much during my 3 years of design school as I would have liked. It’s difficult to find time between a full time job and a lot of other things going on in my spare time… but I’m tired of feeling dissatisfied with my sketching and need to do something about it.

My goal is to get through a ream of A4 (letter size) copy paper before end of October (since I’ll be on vacation 3 weeks in the summer)… maybe it’s not a super lofty goal but I also don’t want to feel frustrated in setting myself an unrealistic goal.

What I feel I need to improve

All feedback and tips certainly welcome!

Sketches from Sketching: the basics. I can see now the problem with the perspective. I feel rather slow with rendering in Photoshop with a bamboo tablet… I think I’m too afraid to just throw down the colour in Photoshop, and it’s time consuming to draw in the paths and masks 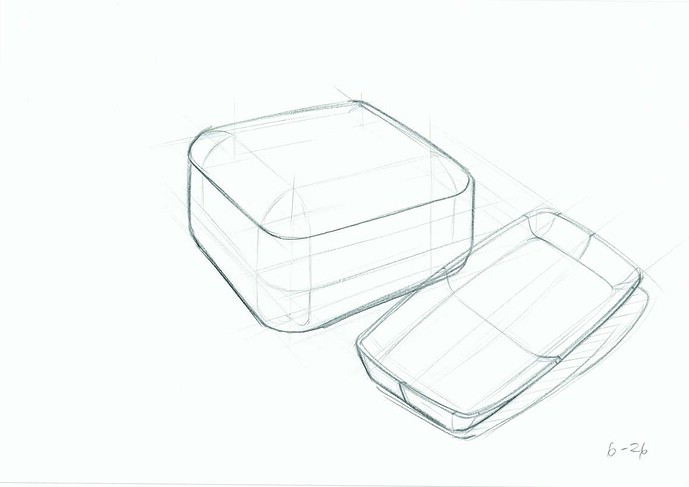 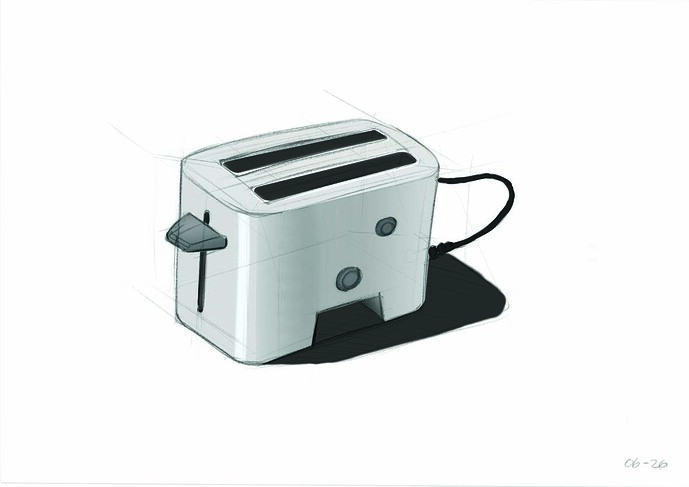 I can see now the problem with the perspective. I feel rather slow with rendering in Photoshop with a bamboo tablet…

Linework is what makes or breaks a sketch so get that down before rendering. Then once that is done, do the render, take your time and really look at light sources and shadows to make it pop. It doesn’t matter if you are slow at first, the more you do it the better and faster you will get.

Thank you Traftos!.. Your advice makes a lot of sense, as I have never taken the time to really do a good rendering, which is probably why when I render and try do it quickly, that it never turns out good

I’m really weak with drawing ellipses… I’m really ashamed to be putting up these drawings, actually…

(A note: my scanner is pretty bad and can’t scan any lightly drawn lines.)

Again, I used Koos Eisen’s Sketching book as a reference. I tried to draw a hairdryer starting from an ellipse, but I think I’m not that advanced yet, so I went back and tried to construct the boxes first… better but it still looks bad.

Then I went another step back and just tried a simpler rounded plate instead. After that I tried to copy a drawing of something more interesting than just ellipses/cylinders, and tried overlaying to improve the drawing. 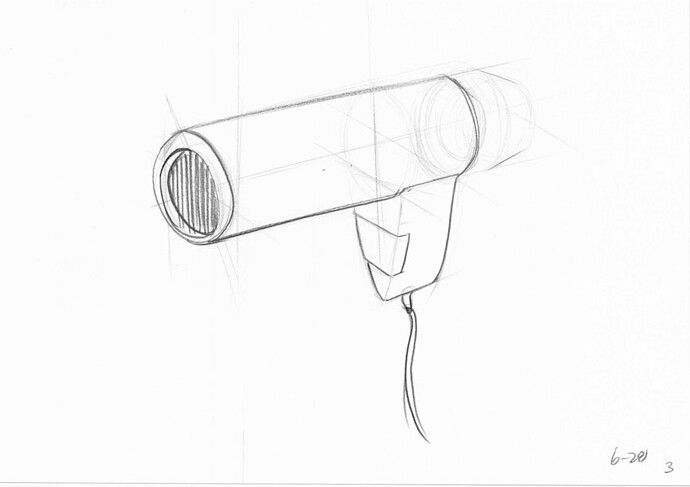 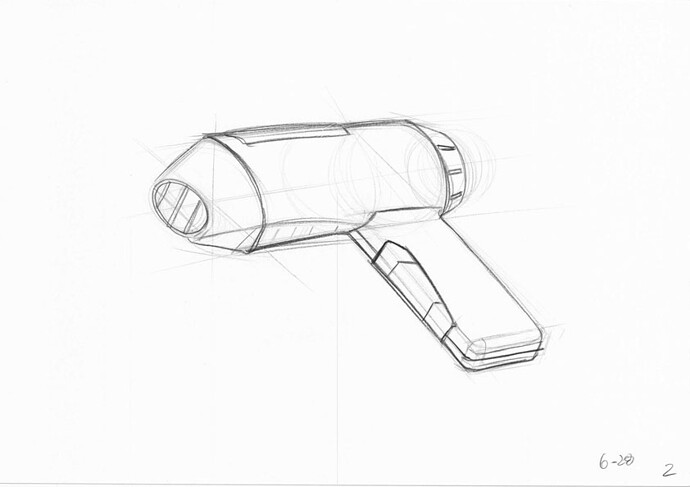 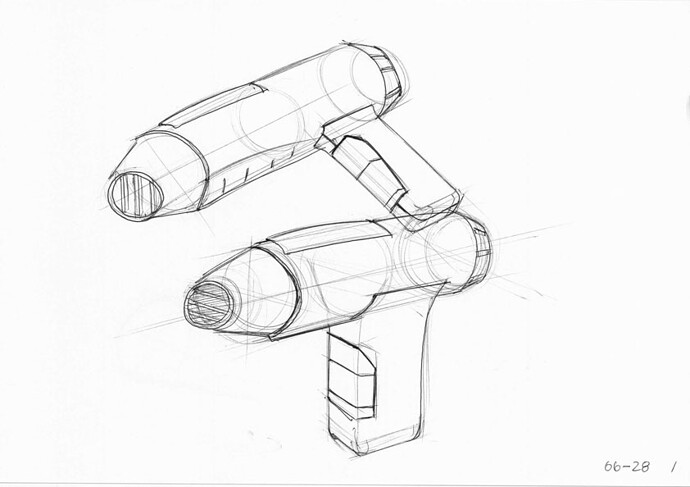 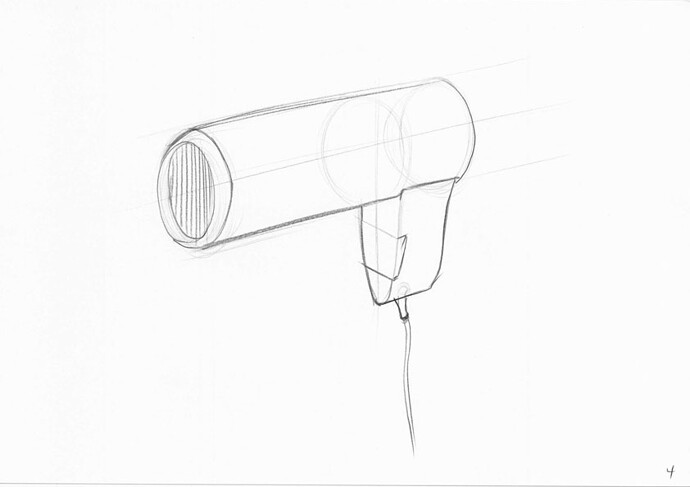 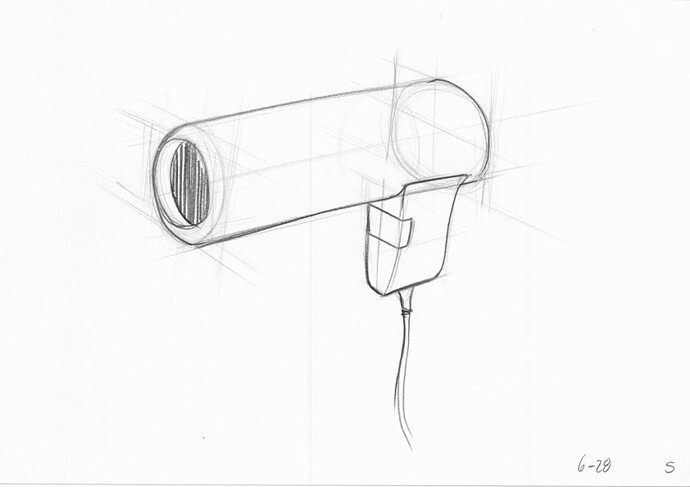 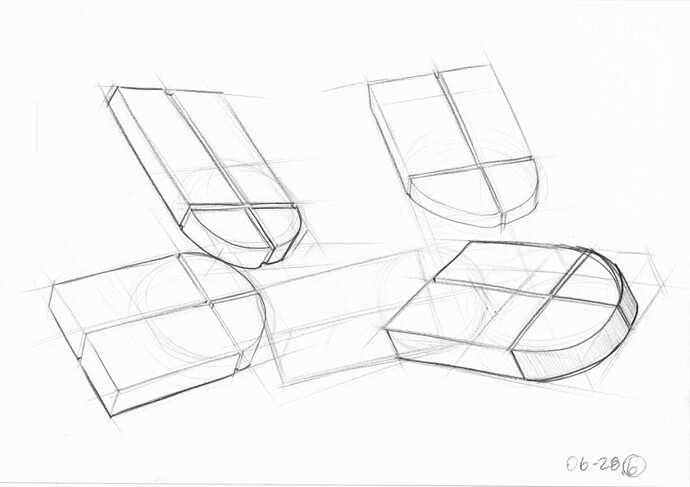 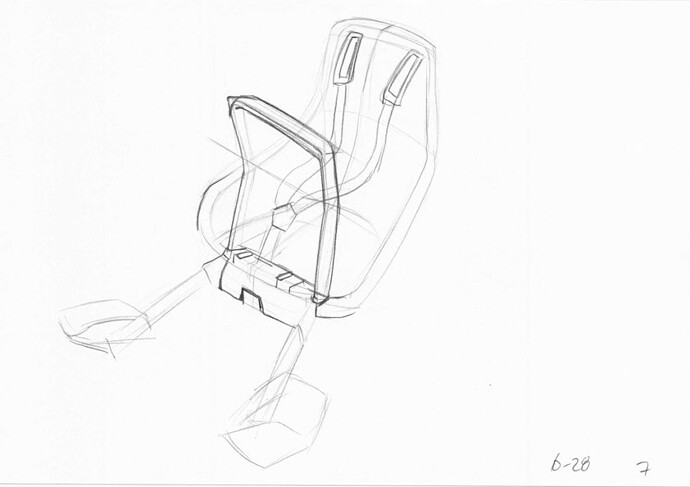 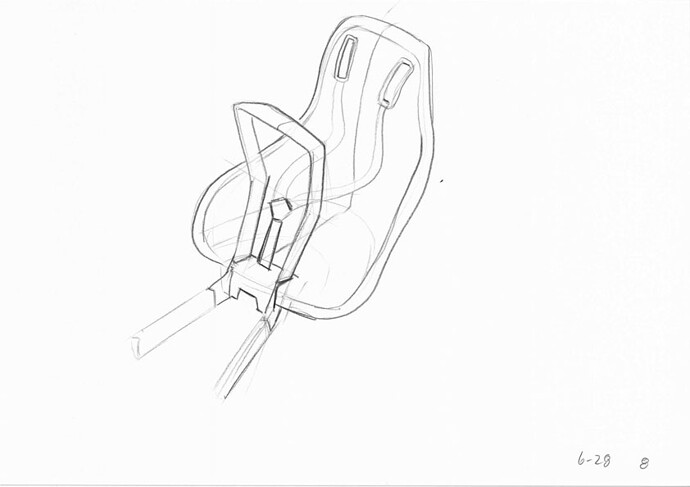 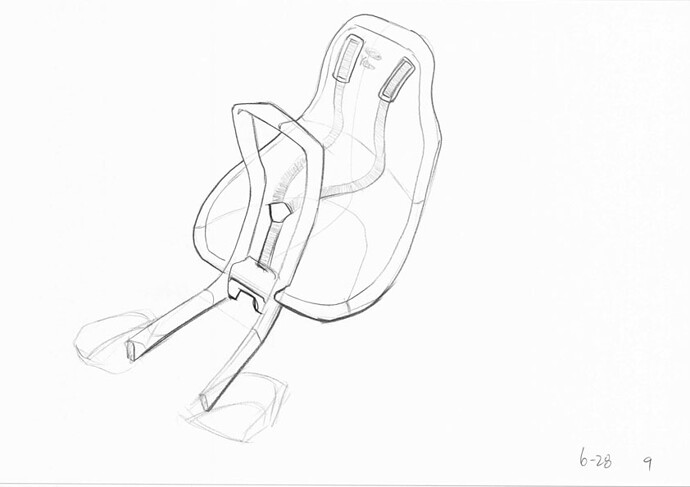 I would recommend to do pages and pages of ellipses and cylinders to first understand an ellipse in perspective from different view points. Once you have that down, then apply it to more complex forms, like a hairdryer for instance. Also, try sketching with a sharpie or some type of pen that really lays down the ink - it helps to develop habits of creating cleaner linework by committing to each stroke.

I’m really ashamed to be putting up these drawings, actually

Don’t be ashamed. There’s nothing “good” or “bad” about having or lacking skills, it’s just factual; you’re capable of this level now, you want to be at this other level in the future.

You’re already more brave than most. It takes more gonads to put your skills on display than it does to just sit back and critique everyone else.

Looks like you’re sketching with a pencil? I would recommend trying to use a pen (fineliner or gel pen for instance, not ball point) as the “on/off nature” of pens forces you to commit to your lines. I did classes with the mentioned Koos Eisen (the progression in the book reminds me of the exercises from class) and we had to sketch with fineliner and a couple of grey markers for basic shading right from the beginning. A bit daunting, but it did help. Not saying that you should always use pen, but I believe that it is a good tool to learn with.

That child’s bicycle seat is showing some nice progress btw. Not an easy object to tackle either. For some reason I cannot see all your attachments with the hair drier.

Thank you Q4857 and hatts! I’m glad to hear such encouraging words, they were just the boost I needed to continue practicing this weekend.

jada - that is really cool that you took classes from Koos Eisen! Yes, those were done with Verithin pencil though I usually use Bic pens. Though now I will try switching to a gel pen as you suggest!

Yesterday I watched and followed along with the first hour of Scott Robertson’s Perspectives DVD up until the ellipses introduction. Today I focused on practicing pages of some of Scott Robertson ellipse exercises, though I used a a ballpoint Bic… I think next time I will try a sharpie or gel pen as Q4857 and jada said because I see now that I’m drawing each single ellipse 2-3 times instead of committing to 1 single line

I won’t post up all the exercises/pages sketched since they’re a bit boring, but here’s a small sample.
[attachment=0]06-30.JPG[/attachment] 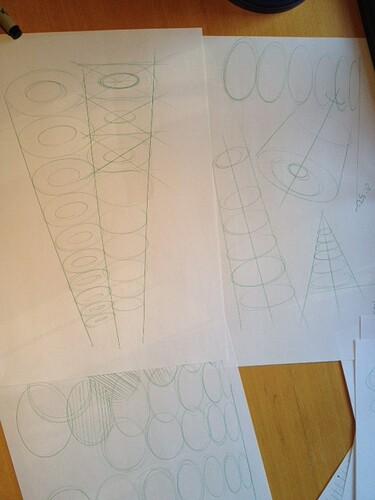 Some sketches from today. The gel pen smears pretty badly, but it does force me to commit to a line! Did several pages of ellipses (just 1 page shown here). 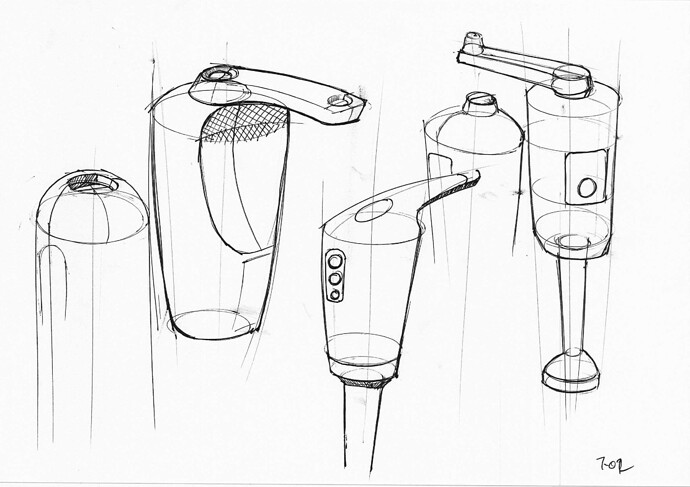 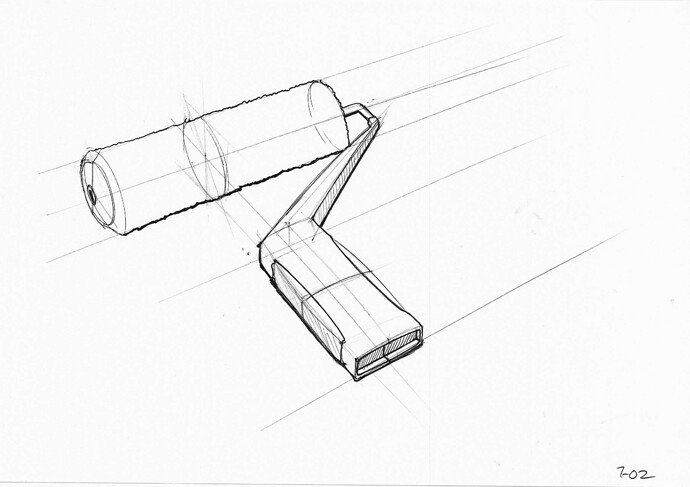 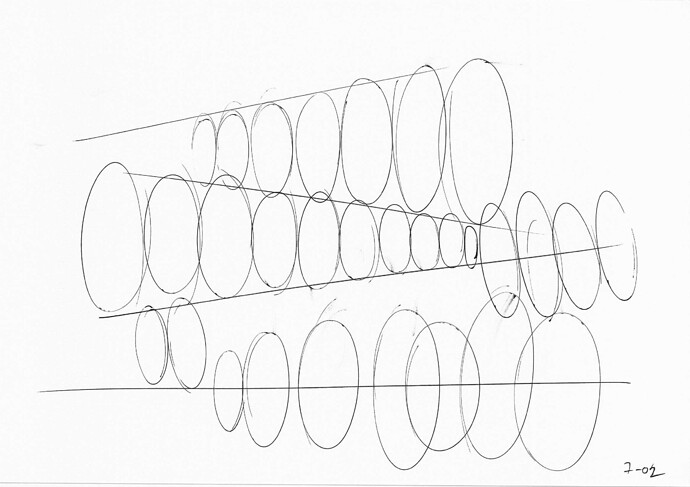 Just to clarify, it doesn’t have to be gel pen. The main point was any pen that is more on/off than ball point (ball point is nice to sketch with though), even basic Sharpies.

I also think various gel pens behave differently (they also tend to work well with alcohol based markers btw). I use Muji (both .38 and .5) and Pilot G-Tec-C4 .4 (some say the latter is the same as the hi-tec-c but that they can’t use that name for all markets).

Nice improvement. Makes me think I need to sketch more in general again. Work doesn’t require it at the stage most of my projects are in right now and I feel I’m getting rusty.

jada - glad that I can inspire someone to sketch more

I will see if I can pick up some Muji pens when I’m travelling this summer. I’m just using what we have from our office supply cabinet.

More ellipses practice. I was inspired by the Braun post on core77 today to try to draw the designs from different perspectives… both the proportion and perspective are off on my sketches

I tried switching between (a smudgy) gel pen, sharpie (felt it was difficult to get any “feeling”/line quality in the thick sharpie), so switched back to gel pen… felt extremely frustrated today sketching because the sketches all looked so bad. To finish off my sketching session I tried to lay down a quick sketch in ballpoint, and judging from that, I think that sketching in gel and sharpie are helping me by forcing me to commit to a line. (There’s no hiding or “redrawing” bad lines.)

Gotta keep up with practice, practice! 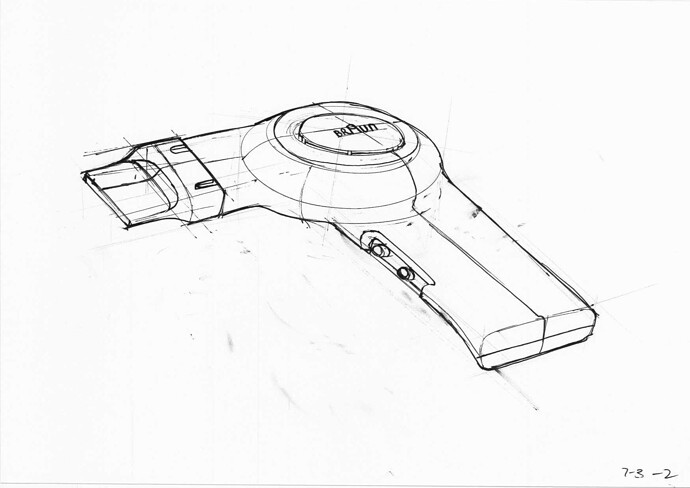 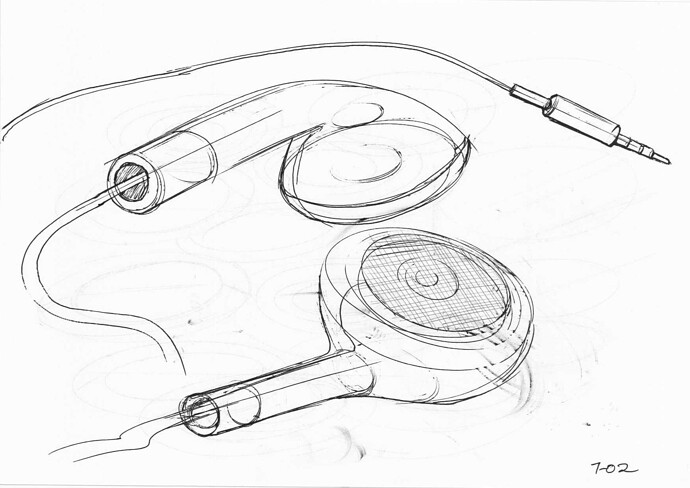 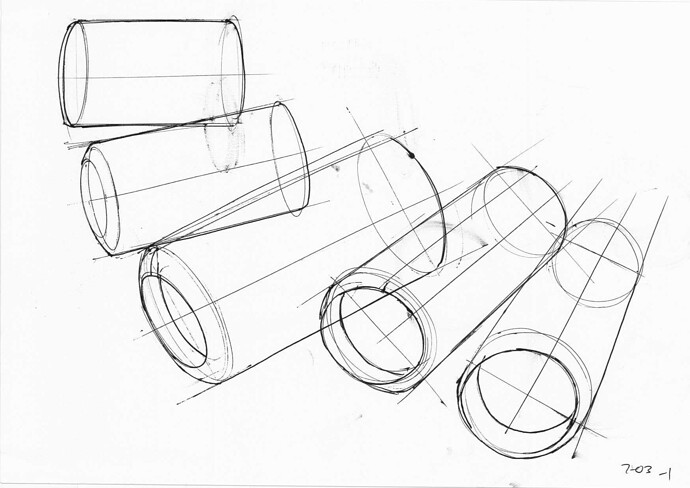 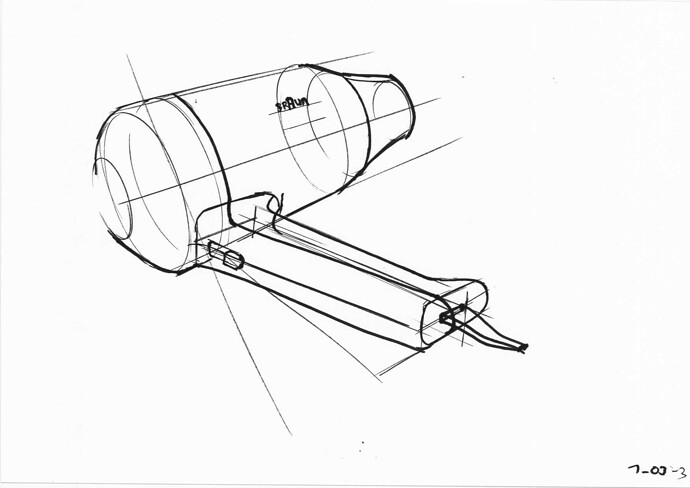 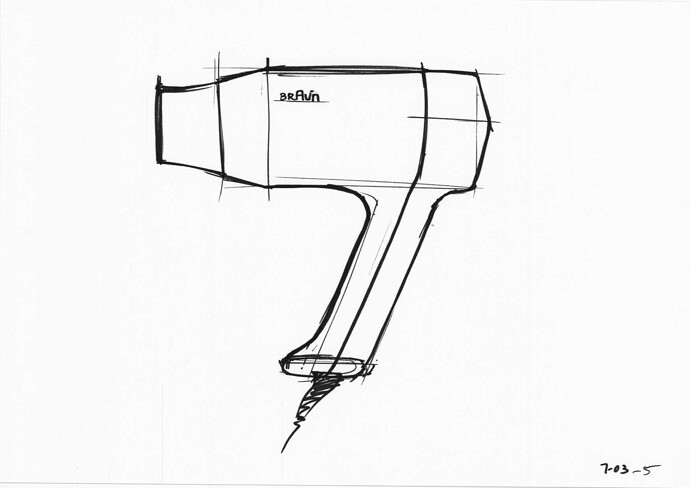 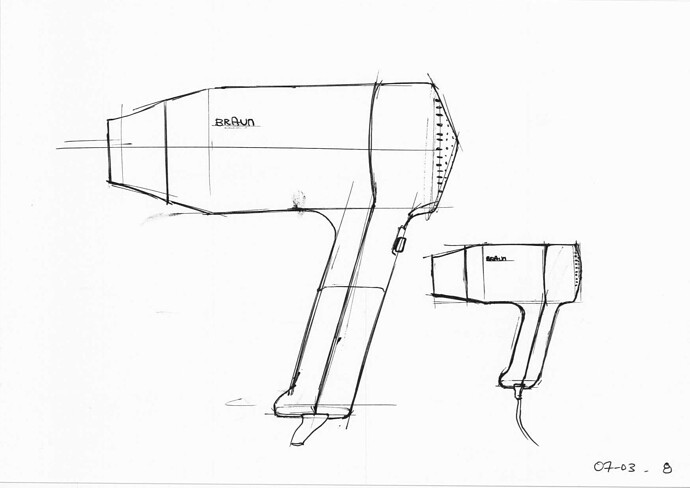 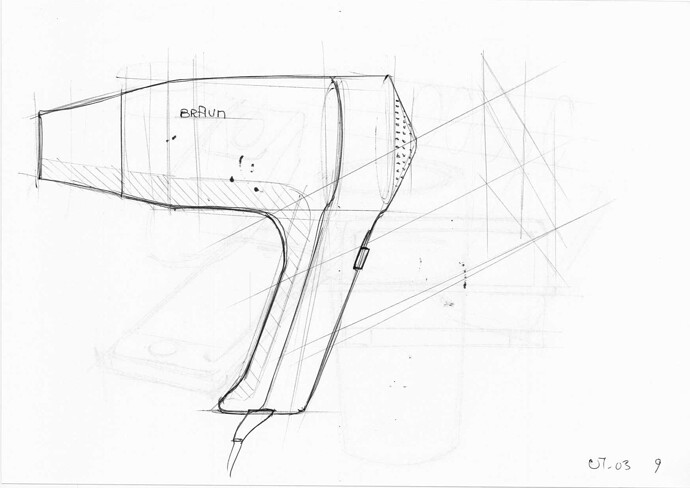 Actually, there is one question I have about ellipses! I read this in Koos Eisen’s Sketching book, and I don’t understand why only the 3rd one from the left has the proper perspective?? While the other ones are not in proper perspective?!! Can anyone explain it better? 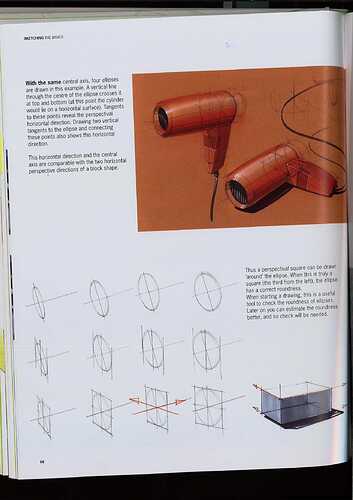 I’m pretty sure it’s just saying that the rectangle drawn around the ellipse is a perfect square in perspective. The others are not perfect squares if you were to rotate them and look dead on.

Didn’t manage so well with sketching this weekend. This week is a new week however

So as not to die of boredom over sketching just ellipses, tried a rendering tutorial from idsketching to learn some of the basic tools in Photoshop. Some small ugly parts (I’m shaky with the lasso tool since I normally use the pen tool), but as a learning exercise I think it’s ok… I realized after I finished that the perspective was off, so I tried to fix it in the 2nd version. I don’t quite understand where and how to put reflections/shadows but I think that will come with practice… 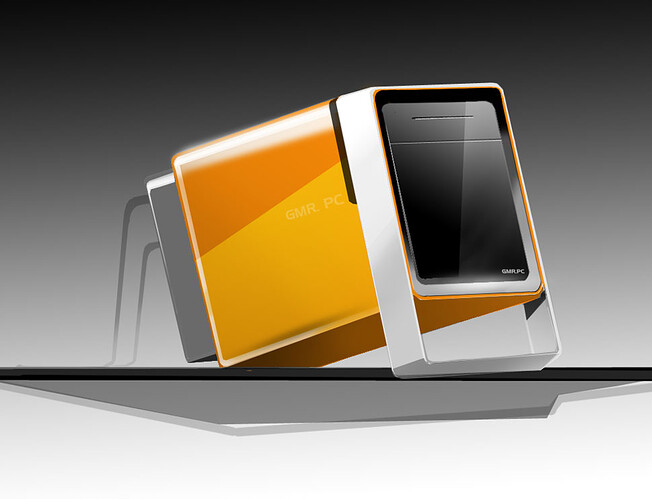 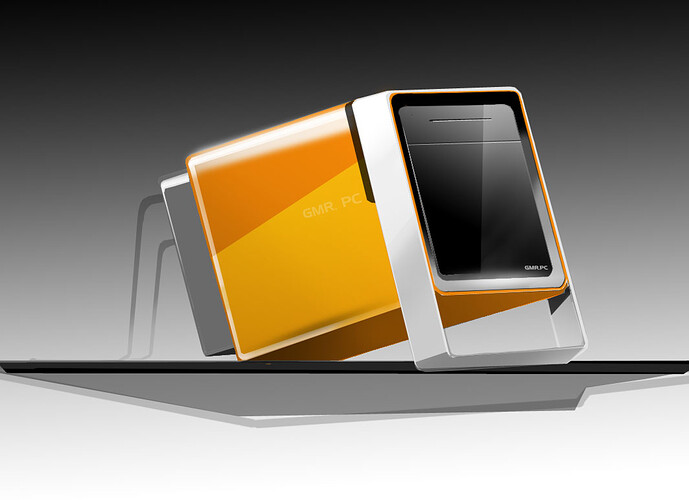 How many sheets have you used so far? Learn by doing works – even if you don’t feel ready for a rendering, this is a great way to keep your interest up.

Take a second look at the stand/leg on the front of this thing (oscilloscope?) On an actual object bottom plane of the leg would likely be parallel to the body of the object – try making the line that defines the corner of the leg at an angle that is closer to angle of the body.

Very nice, watch your perspective though. Lines should taper toward the horizon line. 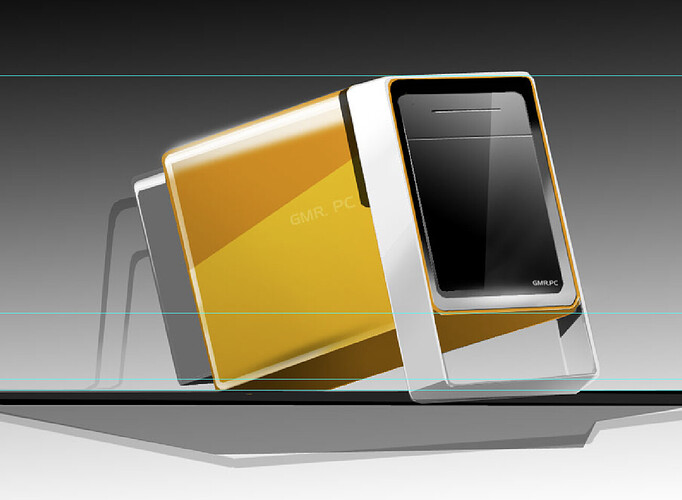