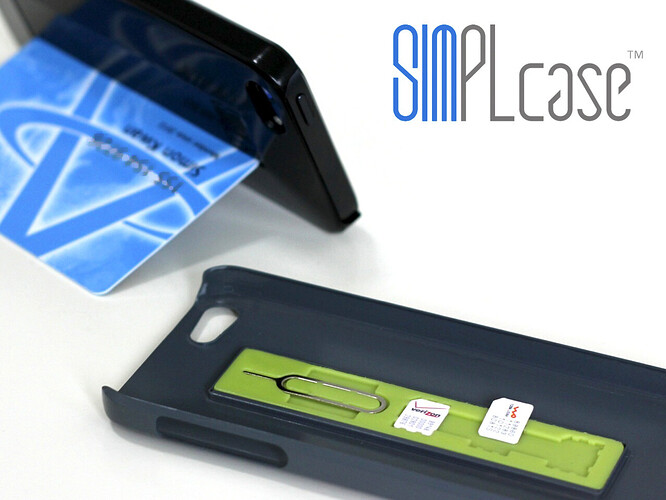 For anyone who’s traveled internationally, and who aren’t on a corporate expense account or use a company issued phone, buying local SIM cards is a must-do to have affordable access to voice and data on the go. That’s how the idea for the SIMPLcase came into being… because as an iPhone owner myself, I’ve too often cursed having forgotten to bring the little eject pin. And even when I eventually got the iPhone’s SIM tray open, I was always worried about losing that tiny SIM card (with the new nano SIMs introduced with iPhone 5, as small as my pinky nail).

After searching online and in stores for a solution to my needs, and not finding anything I liked, I decided to design the product I wanted to buy. Necessity is the mother of invention, after all. Well, that and being a product designer by trade

After a number of prototypes and lots of iterative 3D ‘sketching’, I refined my design to the one now being launched on Kickstarter. 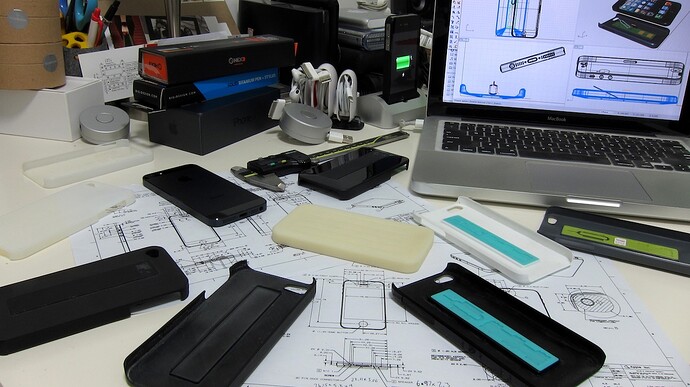 Prototypes and CAD lr.jpg1280×719 250 KB
I followed a minimalist design approach because

This last point led me to also ask myself how I could add additional value or convenience by making some use of the added 3mm (2mm for the rubber insert and 1mm plastic shell thickness) on the back of the iPhone. 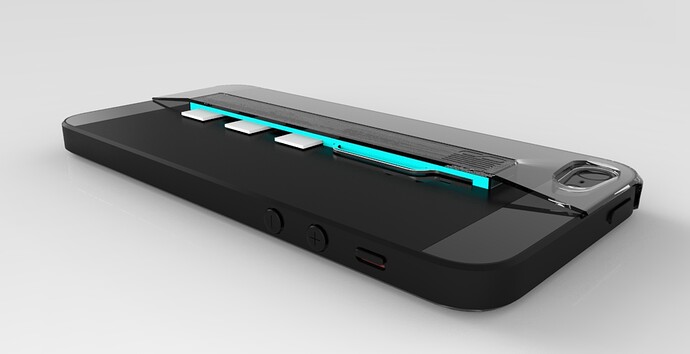 SIMPLi5 Section Rendering 137.jpg1024×526 102 KB
I hit upon the idea of being able to use a credit card as a stand partly from personal and observed iPhone use, and partly from a survey of popular utility features on existing iPhone cases. It turns out a lot of people watch short videos, like video Podcasts, and even full length TV shows and movies on their iPhones. With the sharpness of the Retina displays, and now especially with the iPhone 5’s widescreen format, the iPhone is a viable video entertainment device. But, all too often I found that users (including myself) had at least one hand occupied in holding the iPhone. Over a long video, people end up switching hands or holding with both hands. As light as the iPhone is, holding it while watching a long video creates fatigue and cramping.

Some cases on the market offer built in kickstands. Most of these end up being a little on the thick side, as they must accommodate a mechanical hinge and some way to securely hold the stand closed when not deployed. A built in stand, in addition to the extra bulk it creates on the case, can become a hindrance to usage if the stand deploys while stored in a pocket or bag. Further, hinged stands are something that can break on a plastic case.

As I was designing a case for travelers, it seemed safe to assume that most if not all of them would have a credit card or some other form of bank or membership card on them. So, the idea of using a credit card as a stand was born. It was not until several iterations later that I optimized the size, shape, and card gripping features of the card stand slot. The slot had to be wide enough to allow easy alignment and insertion of the card, yet narrow enough to pinch the card securely in place. The user’s effort required to insert and remove the card also had to be balanced against the need for the card slot to grip tightly enough. As I wanted to simplify and minimize tooling costs, I avoided adding a wall of rubber into the slot, but instead designed offset ‘teeth’ within the walls of the slot, on opposite sides, to provide just the right amount of tension to the inserted card.

Both the SIM card and tool carrying insert as well as the toothed card slot have been filed as a utility model, and I hope to be able to expand SIMPLcase beyond the first models for iPhone 5, and soon to be launched iPhone 4/4s compatible designs. That all depends, of course, on whether or not SIMPLcase reaches its funding goal on Kickstarter.

We are incredibly interested in “design” here; all kinds. We’d love to see any of your development material, sketches, prototypes and mock-ups, hear how you decided on features that were important, how you found tooling, problems you’ve encountered, etc.

But not so much on blatant advertisements for a new product, which your post is… now I realize that you HAVE posted some of that on your Kickstarter page, but I’d rather see that material posted here, with a link back to Kickstarter.

Thanks for your comments. I’ll add in additional details as you recommended in order to bulk up the post and make it more useful to the Core77 audience.