Been seeing it rumored out there, but wonder if anybody has heard anything newer than this:

NX 6 looks to be a pretty sweet release (shorter videos of it in action at the very bottom of the page): 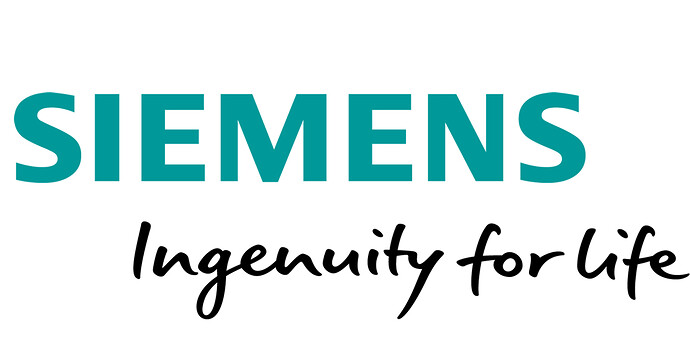 I wonder (if NX does truly go to OS X) if Solid Edge would follow suit?

or solidworks for that matter, I had heard solidworks leases their kernel from siemens, (hehe siemans).

The Parasolid kernel (which Solidworks uses) has long been owned by Unigraphics, which became UGS, which was bought by Siemens. UGS developed Solid Edge, which also uses Parasolid. Solidworks is of course owned by Dassault, who own Catia, as well as the ACIS kernel.

I think the biggest barrier to porting Solidworks to OSX is what to do with all the third party plugins. You’d be forcing all those guys (or at least the major ones) to port to OSX, which they most likely have zero experience with. NX was easier to port because it was always originally a Unix application. I think you’re more likely to see Catia on OSX before Solidworks, for the same reasons.

Who knows, maybe they would take a chance with porting Solid Edge, since it’s so far behind anyway.

In that case, I wonder if apple would try to come up with their own modeller. I remember like ten years ago then had some math tool that did some really nice visualizations of calculus problems, though I was like 14 at the time and totally don’t remember what it was.

is this NX mind shift software similar to the co-create software?

PTC plans on buying CoCreate for US$250 million from HBK Investments of Dallas TX. Overpriced? Perhaps. But here's the fallout: -- non-history-based 3D MCAD modeling is now for real. -- expect Dassault and Autodesk to make reactionary acquisitions....

Browse the latest product lifecycle management solutions and engineering software tools to find out why PTC is the leader in global product development.

I saw a demonstration of co-create and it reminded me of the NX video I saw here.


About home grown modelers… I think Catia grew home grown from IBM. IBM even had a parametric modeler before PTC but they did not want to compete with their own Catia. And Yamaha in Japan still uses their own home grown nurbs tools.

I believe they skipped the NX 5 release for the Mac OS - but there’s one due for NX 6 - from talking to the development guys, porting it to Apple is a huge headache - its not so much the add-ons as someone suggested, but the shear scale of content in the NX product set - its a mammoth task…

Customer profile wise Rhino is probably the closest to the OSX user. When the software is way more expensive than the hardware as in the case of NX and Catia, then I think that the customers purchase hardware that supports the software. I think that existing Apple users are probably not ready to purchase an enterprise level software like NX. The only reason I can think of for Mac NX is that NX is used in the Apple engineering process. Solidworks is perhaps borderline as far as creatively oriented software is concerned… My guess is that Rhino is on the outer limit of acceptability for a current Mac user (this is a guess - and not meant to be condescending).
Studiotools might be a good candidate coming to think about it.

solidworks, like rhino, has very little product or strategy to help large deployments (besides pdm). catia, ug and pro-e all have software packages to add to their cad for large engineering units to integrate with manufacturing, accounting and other business units. for this reason solidworks would appear to be a good choice to port to mac.

but sw is very dependent on microsoft components. the ui rides mostly on standard windows ui components, design tables are edited with excel, the installer continually attempts to foist windows search on me, etc. etc. granted a spreadsheet editor is not a showstopper but from what the reseller tells me there’s a lot of love of ms by sw both in the ui and under the hood.

besides, sw fights with autodesk for autocad users switching to 3d and looking at inventor/mech desktop or sw. sw is expanding to serve product designers but the vast majority of sales are to engineering/drafting, not id. autocad ain’t on mac.

oh yeah - studiotools won’t be on mac because a) autodesk owns it and never ports anything to mac (but they do keep mac apps they acquire); b) studiotools has legacy code from ten years or more riding around inside so porting would be a giant hassle. alias killed off the sun, hp, ibm and irix versions so windows is the only platform, and it took two revs before the windows port was successful; c) autodesk is targeting automotive and other large customer, there is little evidence that they’re marketing aliasstudio to small design firms anymore (chopper designers aside).