side by side its stunning.

The year 2008 marks the 10th Anniversary of the iMac, the computer that changed everything at Apple, hailing a new design era spearheaded by design genius Jonathan Ive. What most people don't know is that there's another man whose products are at the...

i know there are no new ideas, but man.
plenty of people point to similarities between the ipod and braun’s radio, but all those side to side…

That is a great side by side comparison. I knew there where similarities on some details, treatments and silhouettes, but wow.

I’ve always felt the whole aesthetic fit in nicely with the retro trend. It just happens to be retro Modernist instead of a retro hot rod, or retro sneaker, or retro, warn hippie jeans.

Stuff like this is coming back though as culture begins to focus forward again: 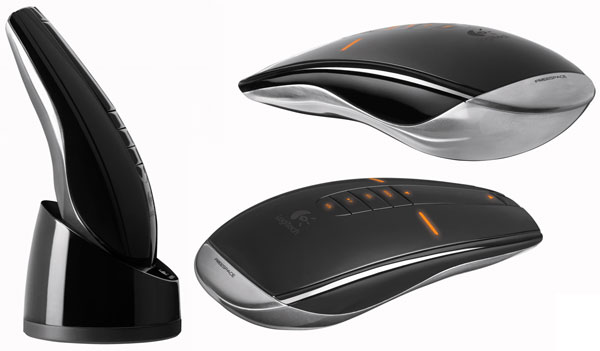 So much to comment on! Thanks for posting this.

I’ve always felt that Apple design was retro after the iMac. The iMac was more '60’s modernism, the same flavor as Karim Rashid inspires himself from. The iPod started looking to the more somber Braun, German modernism. Great side-by-sides!

Yo: I just saved some images of that Mazda yesterday. I actually think the rear design has some things in common with the iAesthetic, but on an organic form. The rear emphasizes thinness through layers, and the same thing is done on the iPod (1 layer chrome, 1 layer acrylic). Interesting.

I’m going to go ahead and assume they did this on purpose, kind of a nod to the Deiterator

The rear emphasizes thinness through layers, and the same thing is done on the iPod (1 layer chrome, 1 layer acrylic). Interesting.

I think the Frankfurt show was the first one n a long time with NO retro influenced concepts, and the 5 Mazda concepts from this year push this more and more (the one at Detroint right now is a friggin killer, I love it (minus the wing, that’s dumb))

A couple things I feel that Apple has done so well:

I hope they continue with both of these things, but also introduce new materials, finishes and details to cary it forward. I want a wood and aluminum tower, iMac, and monitor. I want a scratch resistant iPod and Mac Book. Another radius size would also be cool, just to mix it up…

i know there are no new ideas, but man.
plenty of people point to similarities between the ipod and braun’s radio, but all those side to side…

Frankly, this amazes me. Nice find.

Have you seen this one? For everyone that wishes they could fly a F-22… wait, you probably can’t afford a reventon either…

Yeah, I’ve seen that Lambo before. A lot of styling cues on cars come off jets and planes.

The consistency of the Apple styling is pretty shocking.

Interesting article, but seriously, the ipod is a rounded rectangle with a circle and another rectangle on its faceâ€¦…how can you say that anyone â€œinventedâ€ that shape combo? I see the Dieter Rams influence and some but not all of his philosophy. Apple is regrettably missing a couple of his rules: Good design is durable (hello scratches and battery life), Good design is concerned with the environment (non-removable batteries and chrome plating anyone?). If Ives and company have studied history and applied its lessons to their products so what? They are not ripping Dieter Rams off. They are learning from him. Apple has done a brilliant job of creating products with intuitive, simple, well-thought out interfaces and clean, unobtrusive aesthetics. It doesnâ€™t need to be 100% new and futuristic to be good.

It is interesting that the recent Mazda showcars have been brought up in comparison.

Here are a couple galleries of pics for them:
http://seriouswheels.com/cars/2007/top-2007-Mazda-Taiki-Concept.htm

The Taiki is bold and has some really interesting surfaces, but I like the new Furai much better.

In some ways Mazdaâ€™s design philosophy is almost opposite to Apple. Appleâ€™s styling is restrained, emphasizing the materials and interface. It is logical and beautiful in its simplicity. Mazda is exuberant, seeking to sculpturally represent the dynamic fluid medium that the car travels through. The sculptural embellishments are not intrinsic to the function, but playfully make visible the cars relationship to its environment. When I look at it, I am aware that it is designed to move, it is a directional object and the flourishes seem appropriate. It is unapologetically emotional and beautiful in a different way than Apple.

The design pendulum always seems to swing from the â€œrationalâ€ to the â€œemotionalâ€ and back again. Each â€œnewâ€ style looks fresh in comparison as the predominant one has become so ubiquitous that it is boring. It is just happing so fast these days that you see both styles at the same time. The surfacing of first Audi TT was in same vein as Apples current line, but it was copied so much that even Audi moved away from that look so they didnâ€™t appear outdated.

I think that in order to appear â€œnewâ€ a design just needs to contrast with what has come immediately before it. A design that is truly revolutionary is rare.

I found the Braun electric shaver!

Any good portfolio books out there on Braun or Dieter Rams?
Amazon doesn’t come up with much.

Any good portfolio books out there on Braun or Dieter Rams?
Amazon doesn’t come up with much.

Found this one the other day: http://www.mossonline.com/product_in-stock-exec/product_id/41431/category_id/225