So it’s about time for me to decide on a senior project, and one of the things I had considered doing was a sandal for running. The only ones that I’m aware of that are actually on the market are the Teva Wraptor and those made by Bite (biteshoes.com).

What I’m trying to find out is why there aren’t more out there, particularly why a Nike or New Balance or any of the other heavy hitters in running gear don’t have a running sandal (or if they do and I’ve missed it, what is it called?).

Thanks for any info or insight…

There are a few Nike products, but in general they don’t perform as well as a single surface mesh running shoe so we don’t make many or promote them much.

Shoes like this Nike Free Runner are very open and breathable. The heel underlay is a material called Trance Span. It is very thin, translucent, and breathable (like a nylon stocking, kind of) The slit perfed silk span toe area stretches open when on. 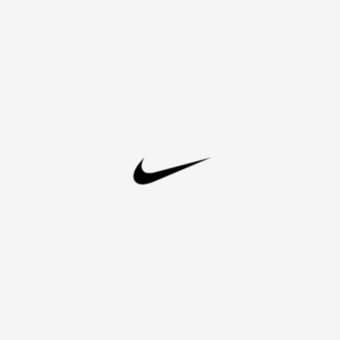 The Free trainer uses even more trance span. In addition to the heel underlay, the entire toe is the same material making it extremely breathable.

A lot of this thinking was introduced in the origional Presto

and the Presto Tent

and followed up in the Presto Breeze which actually had chanels in the arch of the midsole that sucked in cool air up into the foot bed every time your foot struck.

There was also this presto running sandal for a short time, can’t recall the name.

but it really began with this shoe, the Hurache

Thanks a lot, Yo.

but it really began with this shoe, the Hurache

That’s kind of how it began with me, too. Back when I was running track in middle and high school, I had a couple of pairs of Huaraches that had this weird clasp and strap deal and a leather web thing to control the fit. They were kind of ugly, but those are my favorite running shoes that I’ve ever had because they were super comfortable (neoprene “sock”) and super light for not being racing shoes. But I always wondered what was keeping them from taking it the next step and turning it into a real sandal.

(best picture I could find; I had the ones with green trim)

Anyway, I guess the key is in how sandal is defined. Clearly, the Straprunner at the top of your post fits most definitions. But I was hoping to kind of combine the thinking that went into that one and the other shoes that you mentioned (most of which I was unfamiliar with but am now intrigued by). I don’t want to just deconstruct a shoe so that it has an open upper, but it seems like that’s a worthwhile goal if performance doesn’t suffer.

That brings me to another question I was wondering about…Would something like the Straprunner (which I guess is ACG) have the same guys working on it as a “proper” running shoe? Would the running shoe guys be stepping on ACG’s toes (so to speak) if they wanted to make the definitive Nike running sandal? Or is it just a matter of not seeing enough of a market for it to even bother?

Unfortunately I dont think the Huarache series didn’t do so well (I think the basketball and training ones did the best), ahead of its time.

Our running group deals in numbers like 400,000k per style per season. That running sandal market just never panned out to be that size for us. But it has good enough numbers for ACG, which does more ‘trail’ specific product.

Doesn’t mean there isn’t a lot of fertile ground there to explore. I’ll be intrested to see what you come up with. I’d try to get some of those old Huaraches if you can and cut them up, see how they go together and what makes them work as well as some of the Prestos and if you can afford it, the ne Free stuff.

get the story on free here
http://www.nike.com/nikefree/

Damnit! I’ve got to go track down a pair of those Free Trainers. It’s kind of hard to tell if they have much lateral support though. The fact that the Presto is a “running” shoe is total crap. I’ve had a few pair, but they’re nothing more than cool, comfortable lifestyle shoes. Hopefully the Free’s live up to the hype…

ok the high speed pursuit of the bikini clad waif at the beach is a good reason but; companies have looked at it and whne it came down to it there was not really much value to them to explore it because truthfully few people run in sandals and any reason to run is sandals is covered already by numerous styles of running shoes.

I say start there but go deeper, give it a value; something beyond just another hook or solution in need of a problem.

Research a use or create a realistic use based on an environment for running in sandals besides after work runs on the beach, or because your feet stink type of thing. Certain running shoes have solved these problems already.

Check out Keen boat shoes, they have a real well thought out use of shoe like sandal and sandal like shoe.

BTW a sandal is defined as open toed footwear. Original $2 Hurraches or their $100 Nike descendants are not sandals.

I agree. Sandals are not a typical choice of footwear for running. I think though dont be stumped by that. it is a great challenge, but making sandals into a running shoe will be difficult. Mainly because they are not for that.

I personally hate sandals, never liked them, even when i used to live in cali, would actually use plastic bags over my shoes because i hated to wear sandals.

and maybe you can make a sandal with no straps. and too keep out shyt like sand from coming in from all sides and be open toe. i have an idea that might be cool to look into,. will sketch it out and post maybe help.

the desire would be to get the most out of your money and product- kind of get a 2 for the price of one. i am sure sandals can be made for more athletic purposes ( I dont think sandals are going to be the next shoe’s you are going to be seeing marian jones promoting for running put who knows in the future.) but these days a product has to be more than wht it used to be, i mean just look at cell phones they have to have camera’s, camcorder’s, daily planners. damn…I mean now with pocket pc’s its a computer, so I mean this idea of getting the most for your money and having lots of features has mass appeal.

with footwear companies like nike they are also doing this. no longer is it ok to just have a pair of running shoes, but they have shoes were you can place a device that records your distance and etc. (not too familiar with it) but shoes I think could head in this direction.

but let me know how it goes.

hated the wear sandals on the beach->would use plastic bags

love wearing sandals
but it truly doesnt give you the support you need when your distance running.
im scared it might flip flop out of my feet