So, here I was tonight. Daughter barfing her guts out with the flu all last night, so she’s watching TV. Son…if the TV’s on, he can’t do anything else but watch. Wife is out running. So I had an hour to myself. I cracked a bottle of red and just sat and drew. Whatever came to mind. Doodled.

So, the question is…how do you all tackle the issue of self-criticism?

I can draw. I’m no Michealangelo. But I can communicate with a drawing utensil.

My problem, is when I’m drawing…I’m my worst critic. So, a drawing session can go one of two ways. It can start off well, and it just gets better b/c it is working. The flow is good, line weight seems to click, etc.

Then there’s the other times. Nothing works. It starts out bad, and it just gets worse. I tighten up. Everything is forced.

It is the latter that I wonder about. I know I’m not alone. But how do you handle it?

I asked an instructor of mine what he does on his “bad” days of sketching because I was stuck in a rut. He said he just does something else, like 3d modelling. However, some of my best sketches have come right after I say to myself “Man, I’m really sucking right now” and spend a good chunk of time on a random, loose sketch that I’m not really paying attention to which comes out pretty decent. I don’t really have a solution since I try to work through it to get the weeks assignment done, but good luck!

I think that’s the time to do the practice drawing… Straight lines, Spirals, Circles.
Use the energy… 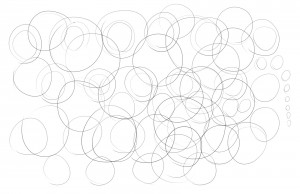 I know for me I am the same way, as far as being my own worst critique when my drawings/ sketching are not flowing the way I want I just try to power through and hope I get a few good ideas to revisit later. In the end it is just a sketch… Lately though I have been taking speed painting breaks and doing landscapes or figures and it has really loosened me up and been a nice break.

Ya, everyone has cycles like this, apparently. I’m on my iPhone so I’m not going to go digging up articles…but it’s along the lines of circadian rhythms.

My groove tends to be between 11AM until it fades. Some days that 11:02, others its into the wee hours.

When I’m laying down junk, I mentally switch into “recorder” mode where I’m putting down just enough chicken scratch to remember later what I was thinking, or the train of thought.

One of the best workflow/mindset pieces of wisdom I’ve heard came from a friend of mine who was working as an animator at the time. They were under a ridiculous time crunch, and were pumping out animations and renderings around the clock. He said that, because there were so many characters, shots, scenes and environments to be done, he realized that every one can’t be his masterpiece. It wasn’t succumbing to failure. It was understanding that in his lifetime he’ll do so many animations there are bound to be a few clunkers in there.

Recognize you’re unhappy with your work, understand that bad sketches are bound to happen, move on and don’t dwell.

When I’m laying down junk, I mentally switch into “recorder” mode where I’m putting down just enough chicken scratch to remember later what I was thinking, or the train of thought.

understand that bad sketches are bound to happen, move on and don’t dwell.

it’s easy to get caught up in making the perfect sketch, when the end goal is usually a physical product and generating good ideas for it

That’s what exactly happens to me. You can’t always be on your high peak but you can use your low ones to do none challenging duties or just do something completely different to clean your mind. For me listening to new music, do some cleaning, take a shower, etc, works pretty well. Usually, after that I’m ready again.

I usually switch mediums. It always helps to jog me out of a rut.

The worst is when I spend a lot of time on a sketch, sometimes I know it is wrong, but I just keep investing time thinking I can fix it. Then I step back from it and realize it sucks and punish myself for wasting an hour on garbage.

My best sketches tend to be when I’m thinking about something else entirely, and it is just a quick little flow, effortless. It can be hard to get into the state of mind. Music helps of course, as does the setting, I almost never ever sketch at my desk. At my first job we all sketched at a conference table in the middle of the studio and I got accustomed to that. It feels more causal.

My favorite time to sketch is early. I’m usually the first one in the studio and sometimes when I get in, before I even take my laptop out of my bag, I’ll put some music on loud (we have a lot of audio equipment) and pound out a sketch or two.

Interesting topic to read about.

Most time when I tighten up is because I try too much and force myself to keep on sketching. The first thing I try is to scribble a bit on a new paper, it is a bit like the practice drawing. When that doesn’t help I put my mind on something else by doing something else as IDAL mentioned.
Sometimes I try to get inspired by the work of others on websites and in books. This can also work negative for me as I do think all my doodles don’t look good in comparison to the work I have seen.
Finally I just quit and start working on it another day

I usually switch mediums. It always helps to jog me out of a rut.

By switching mediums do you mean from paper to digital or more from a pencil to a felt-tip pen?

Both. Sometimes I’ll switch from a super soft prisma color pencil, to ball point, or felt tip, or sharpie, or go digital, but usually I stay analog.

Good to hear, that even amongst the best professionals a bad sketch is not unheard
off. When I was younger I had no problem staying in the flow as sketching was my
way to procastrinate the maths homework.

When I did sketch for a living things got a little more complicated. The internet didn’t
help. Looking at others peoples work might inspire, but not when “in a rut”. Switching
the pencil does the trick. Thanks for reminding me of that.

I agree, Mo-i…this is a huge part of why I love the boards. They remind you that everyone on here is human and has the same speed bumps along their career.

I still remember when I was working with Yo and a couple others here on the board on The Brief DVD…I loved watching the other designers work. The main thing that I always caught when watching others sketch is their speed. It is WAY slower than I imagine it “should” be done. There’s so much empahsis on “cranking out ideas” that I think quality tends to get wrapped up in that equation.

Watch some of the videos here on the boards of guys like Blaster…he is methodical in his approach. Slow and sure wins the race…as they say.

People confuse being fast sketching with loose sketching. Loose sketches typically look fast, but they are very deliberate in their openness.

I can draw. I’m no Michealangelo. But I can communicate with a drawing utensil.

That guy had too much blood to the head anyway, hanging upside down all day…

I too know I can draw, I’ve just let things slip recently and have only recently returned to the forum to try and gain that extra boost and mental attitude. At the minute, when I’m sketching, it’ll take me a page or 2 to get into the ‘zone’ and start producing work that I’m proud of. But it leaves a pile of scraps that don’t necessarily get thrown away but let me reflect. It’s just the commitment to time of getting over the wall into the ‘Michealangelo’ zone and finishing with something that was in my head in the first place.

Good advice with changing of mediums and perhaps a selection of pounding techno music wouldn’t go a miss either!