I am thinking about starting a new career after I finish my Industrian Engineering studies, and i was thinking in industrial design. Do you think I will do well in my classes?

Here is some of my work…

I have one more question. I am not very good in hand drawing, but i am very good in autocad, do you think is it gonna be difficult to me to do well in my classes?

Have you already thought about what school you are going to attend? If not, you may want to do some research before making your final decision. Drawing is a skill that can be taught.

If you do not have exceptional quick sketching, drawing and rendering skills I would stay as an industrial engineer. I say this because drawing and sketching by hand whether it be on paper or wacom tablet is the life force of the industrial designer. Yes inevitably we do have to translate our designs into CAD, but not until we have the basic forms refined by hand.

If you are serious about working in the field of industrial design it might be possible to be hired on as a design engineer. We have 3 currently on staff. They work with us IDers providing manufacturing, materials, and engineering requirement information, as well as offer an engineering view through the concept refinement stages of the design process.

However if you plan on this your AutoCAD background will not help you much the product design CAD arena if predominantly handled by Alias and Rhino for surfaces and Pro/Engineer and SolidWorks for parametric solids.

Please do not take these or any other’s comments as simply a discouragement. We are only trying to prevent you from the pain of striving for something that is unachievable. Many of us, myself included, have friends who worked hard to get their degrees, but because the did not have the fundamental skills of quality sketching will never find a job within the field. They should have been redirected during college, but because universities are strapped for cash they have really relaxed both their entry and graduation portfolio reviewing process.

[quote=“Designer”]If you do not have exceptional quick sketching, drawing and rendering skills I would stay as an industrial engineer. I say this because drawing and sketching by hand whether it be on paper or wacom tablet is the life force of the industrial designer. Yes inevitably we do have to translate our designs into CAD, but not until we have the basic forms refined by hand. quote]

as an entry-level industrial designer, this pretty much sums up the basic necessary abilities. here’s why:

every project begins with an idea. that idea exists in one’s head as a thought. your job as an industrial designer is to make that intangible thing (the idea), tangible (a product). and then to make it tangible for thousands of other people.

the first step in that process is communicating that idea and sharing it with others. a picture is worth a thousand words and that’s why sketching ability is absolutely paramount…you’d otherwise be relegated to doing what we call “hand-waving” in trying to explain an idea. once you draw something, the idea is born. and if you can quickly make several variations of that idea, that would make you more of an asset. from there, you can further refine the idea with a rough study model of some sort.

if, in ten minutes, you can sketch ten ideas, then you’d have the makings of a pretty decent industrial designer.

checking out your computer rendering abilities, though, you’d still be a valuable team player at an i.d. firm. personally, i’m not patient enough for the computer rendering portion of a project. tweaking the colors, lights, and materials is very time consuming but definitely a necessary part of a project. clients like to see a pretty picture and it takes someone with a strong caliber of computer skills, big-time RAM, and patience to do that. so, just because you can’t draw doesn’t mean you can’t work at an i.d. firm.

but most of all, you should love doing what you do. but that goes for any job really. if you love computer rendering, i’d also take a look at working for Disney or even a game design studio. those industries are on the upswing as well. so if there isn’t an i.d. firm that could use you, there are plenty other avenues for you to choose from. 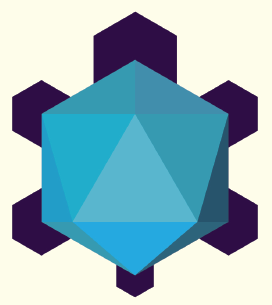 ditto to all of the above posts.

If you are thinking of going back to school for Industrial Design, you’ll need to work on these skills. Being aware of it is the first step. If you are not a fantastic sketcher at this point, it is OK, but in school you will need the desire to improve and learn to ideate an array of ideas quickly, versus the engineering skillset of honing in on an idea and refining it until each part is perfect.

It all come down to desire and drive. Product design is a competitive feild with few really good jobs. To be a contender you need the sheer will to improve, and a high level of dedication.

don’t be discouraged though…if anything, should you find someone with stuff that you’d like to emulate…steal their style by all means. if anything, you’ll learn to hone your own skills and develop your own, unique sense of style.

here’s a link to some inspiring work / people. also mentions the power and value of sketching / illustration.