Surprised this isn’t on the boards yet. What do you all think?
http://www.kickstarter.com/projects/1104350651/tiktok-lunatik-multi-touch-watch-kits

You know I dig it.

Funny, the fast company design blog picked up the story yesterday and today it’s already all over the place! 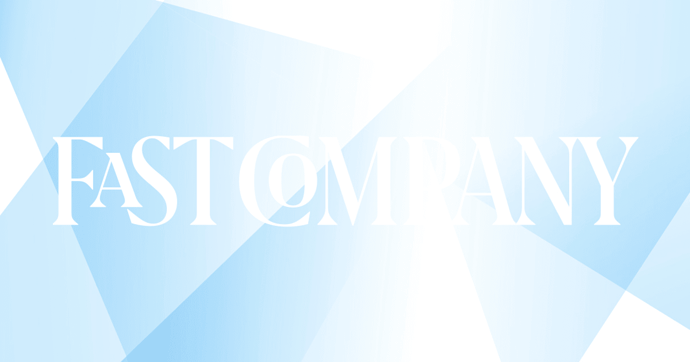 Wanted: The Best Way to Make iPod Nano Into a Wristwatch

I haven’t ever been a watch wearer, but am really thinking I will pick one up.

One of the coolest things to me is checking back about every hour to watch the pledges pile up, it’s CRAZY!
Go Scott, go Kickstarter!

I would totally buy one of these. Very cool idea. However I know I would constantly forget to charge my damn Nano watch!

Looks good. If the nano was about 50-75% the actual size, the watch didn’t have to be activated manually, and it had some wireless phones I might view it as more than a gimmick. I agree with Scott though, the wrist WILL be prime estate for technology, this is the beginning.

I need to devise some Apple accessory this weekend and put on kickstarter, seems like easy money

The funding aspect of this has rocked my world.

This kinda changes everything.

I stopped wearing watches a long time ago since I’d always break the bands and I’ve never been a fan of these big watches that are rage since I have pretty small wrists but I figured I’d go for it.
I’m not sure how well using it for running with the headphones attached to such a mobile area will work out but a few tests here at home says it may not be too bad, we’ll see. Now I have to go and get a nano.
But I’m glad to support something like this. I think more of us should do these types of things and cut out a lot of roadblocks that dealing with big corporations usually bring. You don’t need to sell a million units of everything like you do with the big boys but a few good products should make for a nice yearly salary.

I really like these and have one of his Nike watches as well. Unfortunately, the Nike one fell apart on me after about a year but I loved it while it lasted. So I’m wary on the TikTok as I’d rather not take the chance in the Nano popping out while I’m doing something very physical. But the screw in one - I’d get a nano just for that!

I’m not much of a watch fan but love the way this is incorporating the multi functionality of the iPods. I wonder how long it’ll be when we can get the same interactivity seen in smart phones with something we can just wear on our wrist. Until then I’ll always be well clear of watches.

The images didnt really persuade me, but the movie sure did.

My concern is the weather resistance of the nano. Mine would probably die after a week… Cant use a watch thats not up for some less than sunny skys.

I stopped wearing watches a long time ago since I’d always break the bands … Now I have to go and get a nano.

The funding aspect of this has rocked my world.

This kinda changes everything.

Scott is a seriously sharp dude. Already up another $10k in 2 hours…this may prove to be the highest grossing kickstarter venture yet.

What interests me further is this will effectively make public his preorder sales/profits. I’m interested to check back in a month to see how much he actually makes.

Now people who complain about having a great idea and no way of getting it to market don’t have an excuse anymore.

Hello All. Thank you for all your support, messages and viral sharing! Wow!

Someone asked in the blogs if I am laughing or crying at this point. Hmmmm. I will get back to you that.

All I can say is I am just trying to absorb this. I have seen a lot of things in my 20 years of designing products for small and huge companies alike but this is definitely a new phenomena. I am blown away by this experience and your unbelievable response. We are in awe of the support and the power of Kickstarter and the community.

Beyond the product we designed, and all of you are going to receive, I believe this is a significant milestone in product development history. And you are part of it. Part of what I consider will eventually be a common way for individuals, DIYers, small groups and aspiring entrepreneurs to realize their dreams. And you were there at the beginning. So congratulations! We are nothing without you. You made this happen.

And while we always try our hardest to make the best product possible this show of faith has inspired us to go above and beyond. We will be keeping everyone up to date with the latest news and developments. Additionally I will be posting videos and pictures documenting the development process including trips to the factory, first sample reviews, etc. I want to involve you in the process.

Currently we are buried responding personally to all the individual inquiries as well as managing the ongoing product development tasks. So please be patient as we get through the next few days and catch up with the overwhelming response.

i have to say that i thought the new nano was stupid. now i really want one so that i can get this watch. there are not many accessories out there that alter my opinion of a product so drastically. well done. It helps that i like over sized watches, because it does look really big.

I have seen a lot of things in my 20 years of designing products for small and huge companies alike but this is definitely a new phenomena. I am blown away by this experience and your unbelievable response. We are in awe of the support and the power of Kickstarter and the community.

Beyond the product we designed, and all of you are going to receive, I believe this is a significant milestone in product development history. And you are part of it. Part of what I consider will eventually be a common way for individuals, DIYers, small groups and aspiring entrepreneurs to realize their dreams. And you were there at the beginning. So congratulations! We are nothing without you. You made this happen.

I agree with Scott–never seen anything like this. It is a milestone in product development history, at least in my book.
Can anyone think of something like this happening before?

ver curious to see how it all pans out. Go Scott Wilson, go!

Nice piece of design, both models, and a great concept for start up, really revolutionary like Chris says. The wrist is an under utilized area for current communications, looking forward to lots of concepts.

Small advice: Watch out for the alloy on alloy wearing or scratching of the Nano unit, especially with any dust or dirt inside, although the rigidity of the system may keep it all stable and tight with no wear action. Thin teflon tape inside or even a teflon coating as is done on some alloy tooling perhaps.

Does Apple require a royalty in this? If so, is it a fee or a percentage?

Is there supposed to be a parting line through the center of the LunaTik that is missing in the angled chamfer area of the bezel in the rendering?

Yeah I think it’ll scratch up the Nano and I wonder if there would be any weather proof issues.

Kind of like the durability of my G-Shock. A watch of this size is prone to getting banged around.

Phenomenal idea. Really want a Nano now - until yesterday it was just another touch screen MP3 device. MNML have taken minor feature of the product (the clock function) and integrated it with a strap and created what is essentially the Apple Watch. Although I’m surprised if Apple doesn’t have any IP covering this sort of thing? Very interested to see how this pans out and what other projects go viral on Kickstarter.

i really like that kickstarter possibility, but after the first impression,
isn´t that really limiting down the nano to a watch?
if its caged into that metal case, i can´t even get it out, so i would have to have the whole watch laying around if i want to listen to music, don´t even mention what problem when listening to music while walking or doing something else. I sure don´t want to be screwing the whole thing apart and together every other day.

and for the snap on version. yeah, then you have a funny looking band on your hand. would have been nice if it was designed that it would look like a nice accessoire even without the nano.

But hey, i think that there are some of you that have it. maybe you can convince me that it enhances your music listening and or watch wearing experience in some other way than supporting the kickstarter project

The case is cool, the basis tech is cool, however, the actual display function of the watch needs some inspiration from Maarten Baas.