This past Sunday, October 21st, 2018 I ran the Scotiabank Toronto Waterfront Marathon (STWM). The culmination of 15 weeks of training, STWM was my second marathon this year, and my 8th marathon in 3 years. Earlier this year, I ran the Mississauga Marathon, in an attempt to qualify for the Boston Marathon. I didn’t. STWM was second attempt at a “Goal Race”…

This year also marks the 11th year I have been in business as The Directive Collective. In starting my design consultancy “Goal Life” was what I had in mind…

As fate would have it, both my “Goal Race” and “Goal Life” converged at the Scotiabank Toronto Waterfront Marathon. I ran 26.2 miles/ (42.2km) in 2:58:22- 29+ minutes faster than my previous best time, Qualified for the Boston Marathon (with a time 11+ minutes faster than the qualifying standard), and broke the “Sub-3 hour” barrier, something many runners try for years to achieve.

So what does running a marathon have to do with running a design consultancy? Maybe nothing, but the process of setting goals and achieving them I think is very much alike. I’ve put some thoughts into an article… 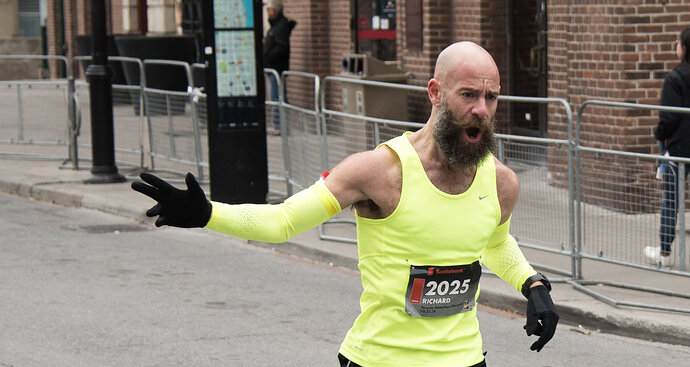 In previous a article , I’ve written a bit on how running has made me a better designer. I’ve also written about how I designed running shoes long before I was a runner. Today though, I’d like to zoom out and talk a little bit more big picture -...

Some of the designs (more process still to come)- 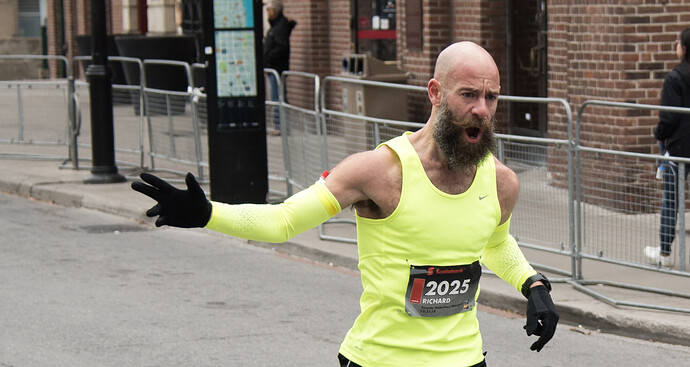 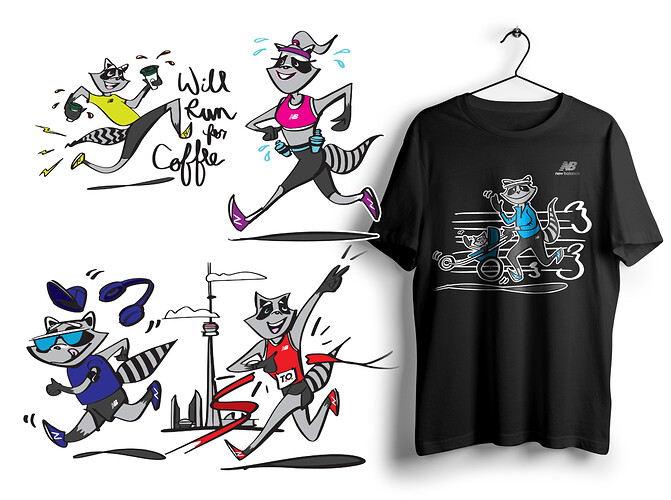 What is the significance of “T.O.”?

What is the significance of “T.O.”?

T.O. is a nickname for Toronto. “Toronto, Ontario”

So awesome to see this brought to life on multiple tochpoints Richard. It must have been cool to experience that big outdoor sculptural signage. What happens with that when the event is done? Can you bring it home ?

Ya, it was pretty cool to see it all come together, especially racing on that day and seeing how it connected with everyone from the Elites racing (the Canadian Marathon record that stood for 43 years was broken!), to the volunteers (everyone at expo and water stations had the volunteer shirts), to the runners and people cheering.

The huge logo sign I actually didn’t know was happening until I saw it the day of the press conference when I went to the expo. New Balance handled the execution of that and the cupcakes too. I was thinking of finding out what happened to it…

There was also a bunch of other things I worked on not shown here (still gathering images) including all the graphics at the New Balance booth, digital assets for ads, window graphics for Running Room (don’t think those were ever installed), and additional graphics for official souvenir apparel that were not used.

In addition, leading up to the race, I did “In Training” apparel that was sold and used for promotion by New Balance. Here’s Olympian Reid Coolsaet, He and fellow NB Elite Athlete Rachel Hannah were also involved with RUNTOBEER to brew the official beer of the post race party. He’s in the middle holding the glass with the RUNTOBEER logo I also designed 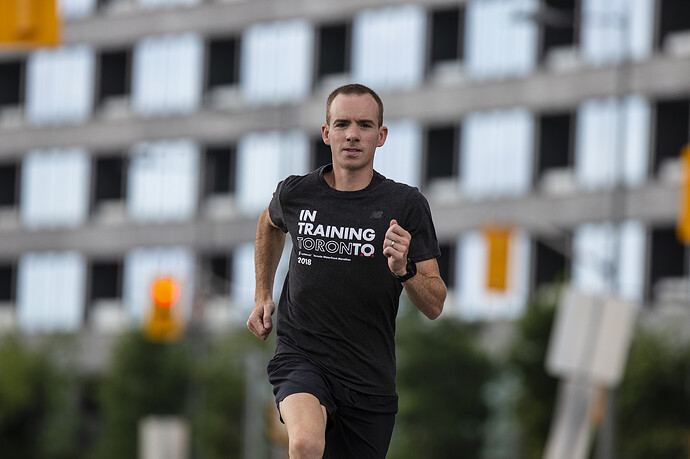 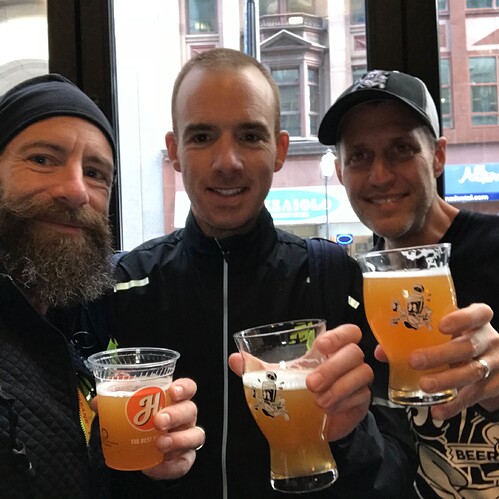 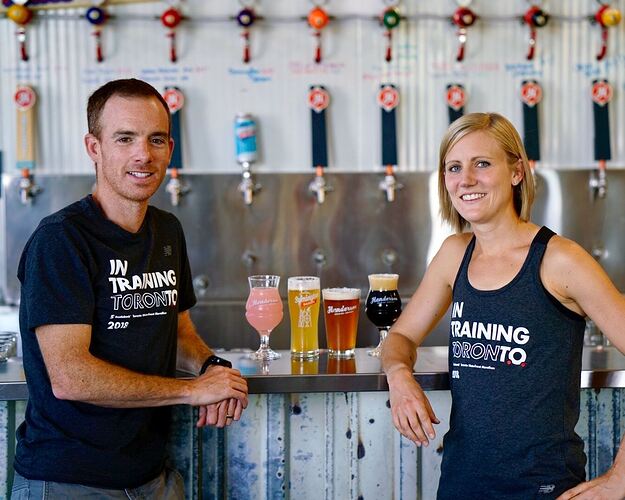 So awesome to see this brought to life on multiple tochpoints Richard. It must have been cool to experience that big outdoor sculptural signage. What happens with that when the event is done? Can you bring it home ?

Yah. Those are definitely crowd pleasers! That must have been a pleasant surprise Richard.

I again designed the Official Race T-shirts for 30,000+ runners with a special 30th anniversary badge that was prominently featured on the bibs, live broadcast, Official Race Jacket, ads and more. The race graphic features 30 rings (for the 30th anniversary) and is the first ever metallic print race T in the history of the race (and as far as I know maybe the first metallic race T ever… I’ve never seen another).

I again designed the Official “In Training” T, with an additional special version for promotion Mexico at the Mexico City Marathon Expo.

I again designed the Official Souvenir Collection graphics and “Toronto Runs Together” logo update for New Balance and they knocked it out of the park with a full size booth, multiple activations, tons of product and visual branded with my logos and a reissue of last year’s limited edition raccoon graphic T.

New this year I also had the opportunity to design the Official Race Beer! Aside from running (and design), beer is one of my other favorite things. It was a collaboration with a local craft brewery (Great Lakes Brewery) and RUNTOBEER (they do what it sounds like), who I also have designed the identity for and continue to work with graphics on. The can has a segmented display type graphic that allows you to marker in your goal time pre-race for motivation or your finishing time post-race as a souvenir. They gave out free cans to runners at the after party (with Sharpies) and sold cans at the brewery bottle shop. 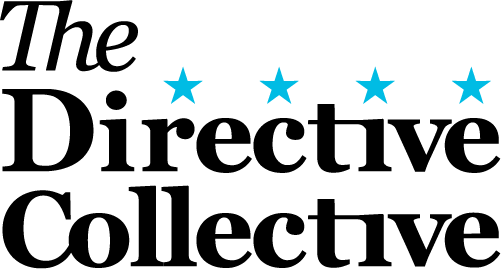 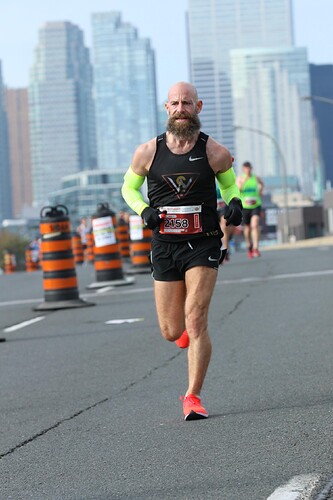 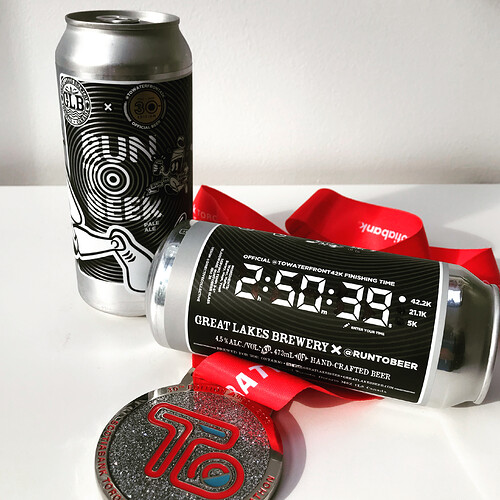 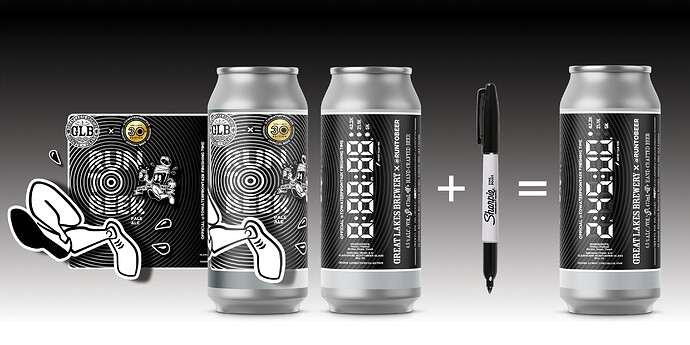 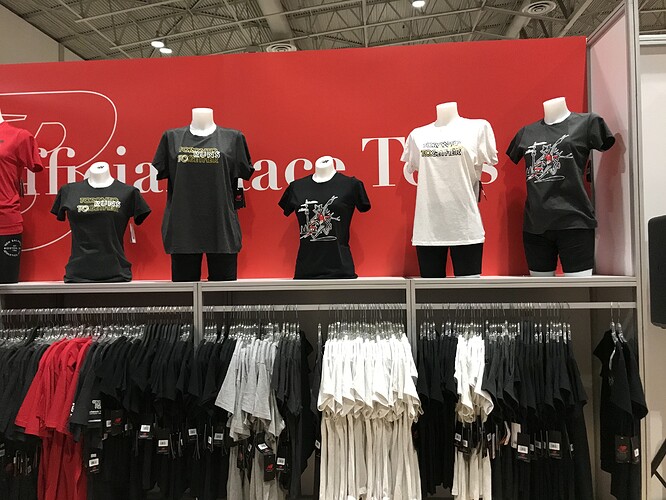 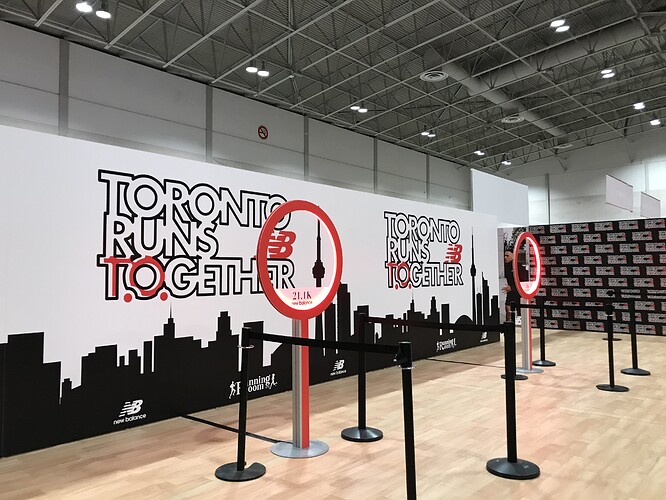 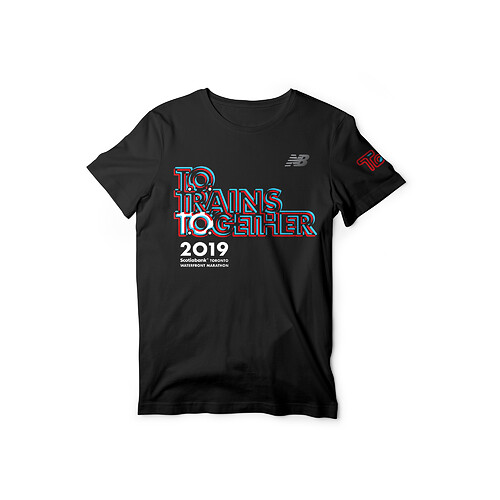 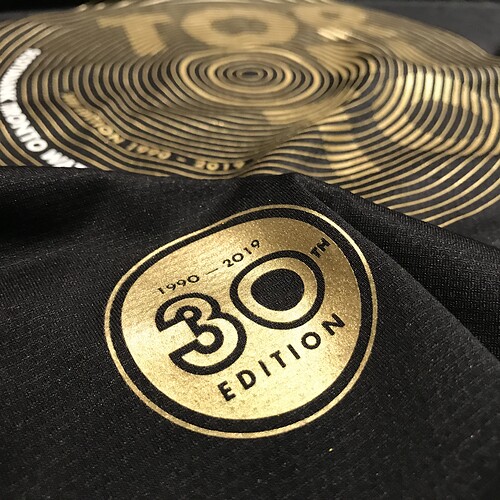 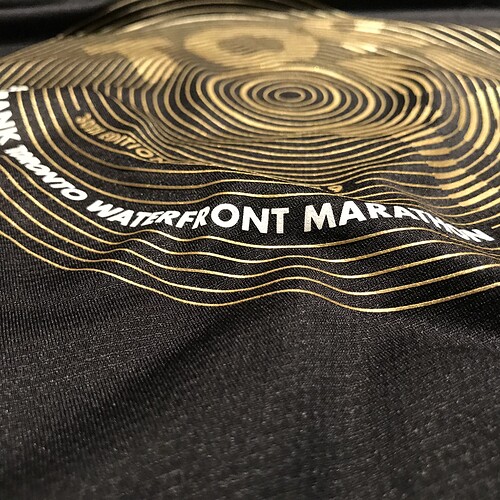 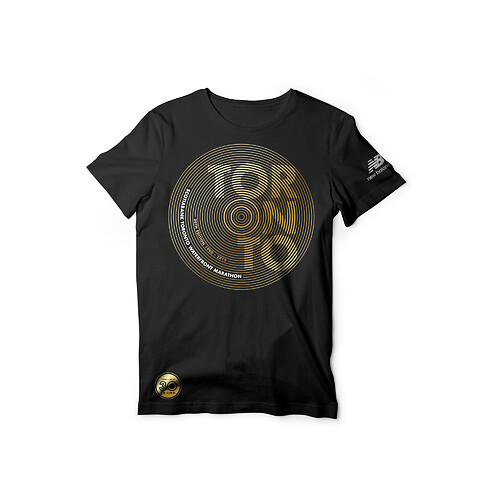 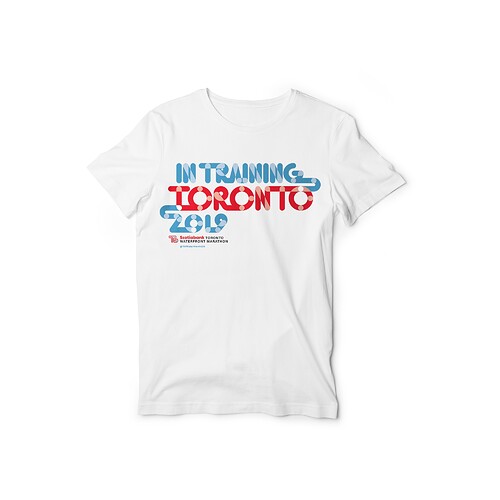 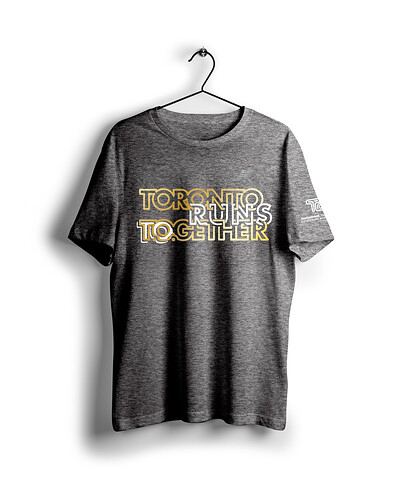 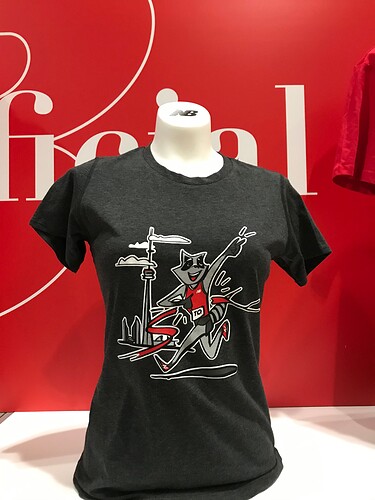 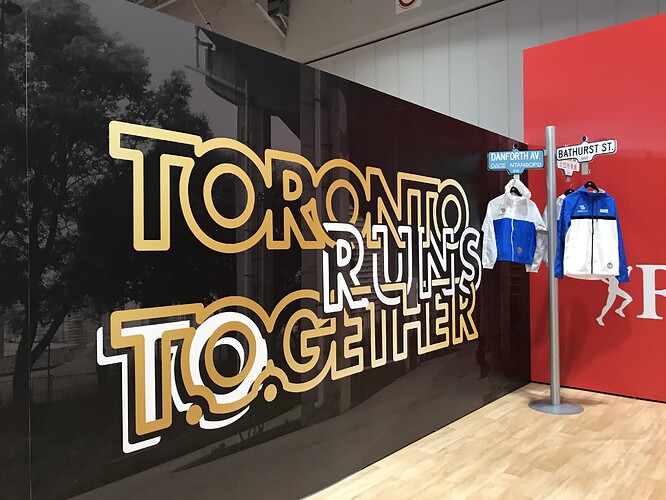 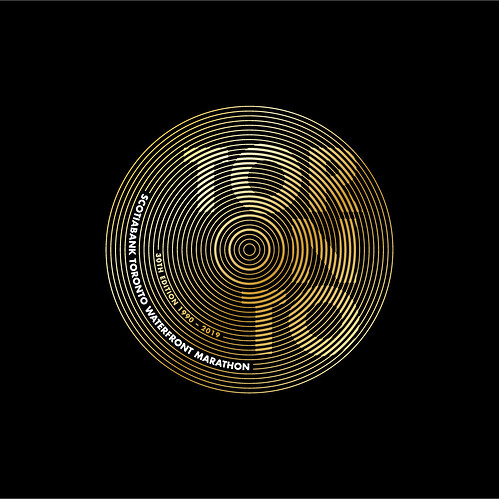 Oh, also forgot to mention it was a particularly exciting race as the two fastest Canadians both ran under the Olympic Standard so automatically qualified and punched their ticket to Tokyo 2020…!

…plus the men’s and women’s winners both ran a course record/all comers record time and smashed the fastest marathon times ever run on Canadian soil!

…plus the men’s and women’s winners both ran a course record/all comers record time and smashed the fastest marathon times ever run on Canadian soil!

Most impressive performances from all. I predict a new ad campaign. 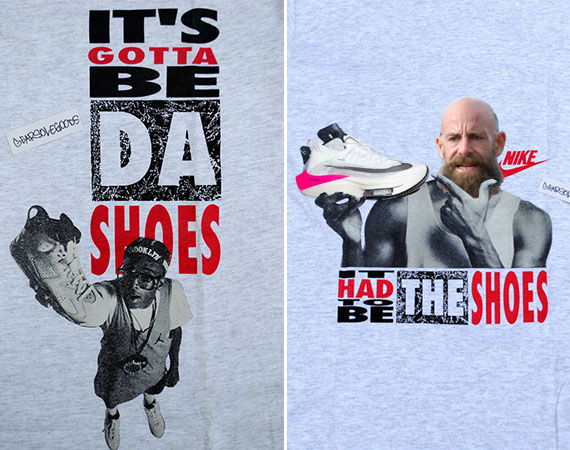 LOVE that can. Really cool interactive/personalization component. Great stuff as usual all around, and congrats on the personal best. 2:50 is pretty amazing!

Thanks Chris. Personalized can thing worked really well. Shows great on IG and you know runners love showing their accomplishment!

Beer was also delicious too btw by one of the best local craft brewers made especially for (with a few elite athletes helping on brew day)!

This is really excellent stuff! I love when people manage infuse other aspects of their lives into their work and those situations tend to yield the best kind of projects! I’ve recently taken to running too but I can only do a paltry 5k in 30 minutes.

When I started running 6 years ago I couldn’t even run 1k without stopping. That’s the best thing about running, it’s easy to improve if you put in the time, easy to measure improvement and there’s always room for improvement!