A nerdy car styling observation/question here :
Has anyone else noticed the wierd surfacing in the area where the front door meets the front wing in the current Renault Scenic?(top two images sort of show this) The reflections abruptly dip at this point and I cant figure out whether this was intentional or some kind of mistake. (it looks more apparent when see in real life)
I notice that in some official renault images the reflections in this area appear to be touched up to appear smoother and more traditional(see bottom two images)…which makes me think that perhaps it could’ve been some kind of mistake. Has anyone else noticed or been bothered by these awkward looking reflections, or is it perhaps just me?

I can sort of see it making sense if the wheel well protrudes out from the body the way it appears to in the second image (as a separate surface filleted into the body, rather than just a smooth bump out of the body.) That transition, from body to wheel well, looks much smoother in all of the other images, though, so my guess would be that someone got a little carried away with the nudge and/or path tool when they were creating and touching up those reflections.

Perhaps it’s just me then…

not so weird from this angle, withapologies for the super-size image

Admittedly there are quite a few shots where it looks ok-ish, but there are some viewing angles (in real life) where the reflections seem to go a bit crazy as the bulging wheel arch and the door surface seem quite ill fitting. I mention it because my colleague parks his where I have to look at it every day… 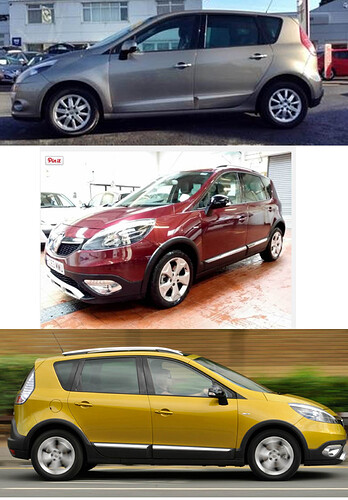 That is weird. It’s like they were rushed during the clay model and someone approved it for production while they were out to lunch.

I’m strangely relieved that someone else thinks it’s weird. It looks as if they wanted to flare the wheel arch but the door geometry didn’t allow it.