I’m pretty sure this will work, but I can’t find any examples of it, so I’m wondering if anyone here has done anything similar.

I have a sheet metal vacuum tank surrounded by a molded fibreglass exterior. There’s a hydraulically powered door on the tank that I need to create a good seal when closed. The exterior of the door should be fibreglass as well to match the shell, so I’m trying to seal that to the sheet metal tank with a rubber gasket.

Is it possible to get a really nice airtight seal between the rubber and fibreglass with just a glue? This is for an ice resurfacer, so pretty large, and extremely low volume. The only thing I’m worried about is the difficulty in getting a nice airtight seal to the rough side of the fibreglass over such a large distance…

Excuse the quality of the swks, still just trying to figure out how everything fits together 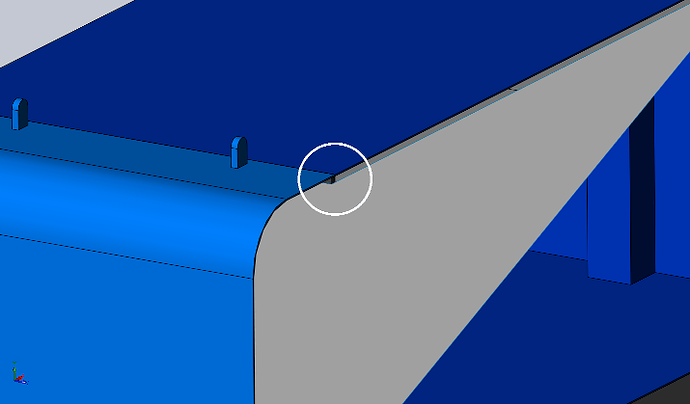 You can get sticky backed rubber gaskets, in which case the glue is still flexible so it’s the rubber that’s doing the sealing. I am unsure how well they’d stick to rough fiberglass though, maybe it’s not an issue but I’d test it (of course). You’ll need something on the softer side to seal on such a rough surface, perhaps you’d be better off with a closed cell foam? Hopefully this vacuum isn’t too high pressure (I’m guessing it isn’t), which could potentially cause a soft, thick gasket to fail.

Thanks seurban! Sorry for the delayed reply, was on a tight deadline!

It’s a student engineering project, so we don’t really have the resources for a proper prototype. Just to be safe I stuck a sheet metal lip on it, so that the gasket could bond and seal to that (the path within the metal should be too tortuous for significant airflow). 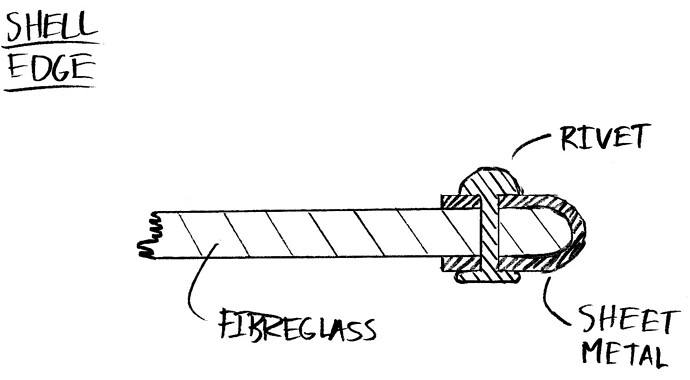 Unless you’re mashing that metal onto the fiberglass in a press or something, putting metal on fiberglass is going to guarantee that it won’t seal. Airflow may be low, but it will exist. I could see putting caulk (or a gasket or epoxy -something) between the metal and the fiberglass (still rivet) and then sealing on the metal. This might give a better seal, especially if the door did not close/lock with a high enough force to do much compression or if the door frame isn’t very rigid. Otherwise I think just a thick soft gasket on the fiberglass would be better that the sheet metal trim that is only riveted.

Mirk - I’m +1 on Seurban’s opinion - if that u channel takes force against itself when the door closes, the fiberglass will begin to fail over time around the rivets and make matters worse. If the door is closed by default and only opens occasionally then the pressure from being closed should help seat a flexible seal (I’d go dimensional rubber over foam).