Hi, I’m edouard and this is my first post in these forums, so apologies for a misplaced post!

As an intro, I’m working on a brief school project regarding the redesign of the rotary/oscillating power tool, which is a tool I know many industrial designers employ thanks to it’s flexibility in the many types of tools you can use, all in one device. Despite their positives, I know as an owner of both types of tools that they come with their downsides, one being that the action of holding one of these tools can become very tiring and difficult thanks to the motor inside spinning at such a high speed. 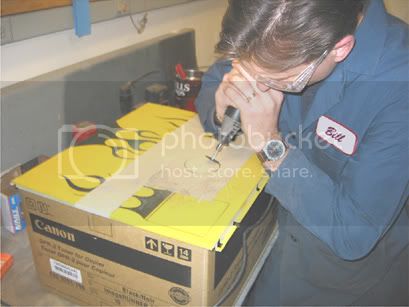 This image for example demonstrates a really strange way of holding a tool that shouldn’t require a person to get so close to an object they are cutting.

The issue of holding a rotary tool itself is a pretty well-known problem with these tools, but I was wondering if any of you had your own problems (small or large) crop up when using a tool such as this?

As a parting image, here’s this:

You know there’s an issue with a product when people need to jury-rig pieces of wood on it to make it work better.

I use the flex attachment. No need to jury rig anything.

While it is not as portable I prefer Foredom rotary tools. Much less chunky and uses a foot pedal.

In what context was the jury rig added to the machine… I get the sense that the piece of wood was added on as the tool was being used in a situation where it isn’t necessarily used.

The dremel is meant to do small hobby type work. If brought into a very repetitive setting then the other rig as posted would be acceptable.

So I would be looking at the problem differently. If you are designing to make the product more robust for a variety of situations? Are these then add ones for the machine? Or are you creating a different class of machine?

If you are looking to improve on what flaws the machine has in regards to what it was designed for then you need to look at different problems.

It’s almost like trying to turn a crowbar into a hammer because sometimes people use it to hit things.

There’s more than 1 Dremel, and attachments as mentioned above. Just like not all drills are the same; different types for different needs/users. 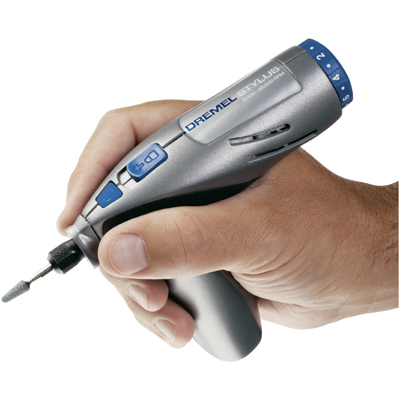 You know there’s an issue with a product when people need to jury-rig pieces of wood on it to make it work better.

While that is often true, Dremel does actually have a tool exactly like that (don’t know which came first). 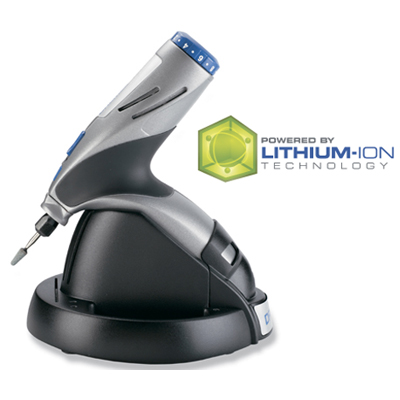 Of course, that doesn’t mean there aren’t other improvements to Rotary/Oscillating Multitools. I personally have found holding them a little awkward at times, but a big part of being a Multitool is being versatile, and too-specific handles can impede that.

My advice would be to try your hardest to not jump to solutions before you’ve really figured out the problem. And I think the only way you’ll really figure out the problem is by watching people use these tools. And as mentioned above, make sure you’re not trying to make the tool do something that another tool does better. Being able to “misuse” a tool for another purpose is great in a pinch, but it really annoys me when a tool pretends to do something but does it poorly.

EDIT: I guess you beat me too it, nicanor, for some reason your image wasn’t loading when I first viewed the thread