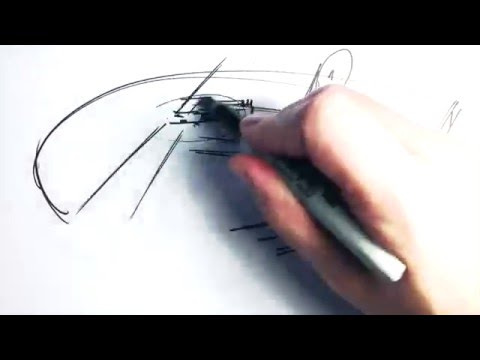 Hey everybody. Who saw Rogue One this weekend?


I saw it this afternoon. I thought the first 30 minutes was a little rough, but it started to tighten up considerably after that. Once we were on Edu it was shaping up to be one of the best Star Wars ever in my opinion. The final show down on Skarif I think is the most intense set of Star Wars scenes I’ve ever seen. Right up there with Empire.

I also really enjoyed the droid K2. Like a robot version of Sheldon Cooper from big Bang Theory.

i would agree with everything you say especially about K2. he has surpassed R2D2 as my favorite droid within the series.

We went Friday night, just at the local theatre but it was packed. Its fun to be in a film ‘event’, full of dedicated fans, hooting and clapping at the good parts or cameos.

Space battle is top notch. The whole ‘third act’ was superb, cutting between the stealing of the plans and the battle in space. Ending could NOT have been any better. It was very satisfying how this film ties the other stories together, even leaving in some of the odd parts from the original films (such as the erroneous Death Star graphic visual, with the laser centered on the equator).

Robot was great. Asian mystic Jedi-wannabes were great. The big bad lightsaber guy in the ending was more menacing and evil than ever.

Definitely going to see it a couple more times on the big screen over the holidays!

The newly revised ranking (according to me, myself, and I):

(the prequels are too low to be ranked)

If I had to find a weakness it would be with the spacecraft in general. Rehashing of older themes, nothing really fresh - I know its only 15 years or so past RotS and days before ANH so there’s not much more to expect. The stolen black Imperial shuttle was kind of cool and stealthy looking. But the U-wing fighters remind me of this:

I thought the restraint on the ships was good, being that it was literally days before ANH. Must have been hard to do. The new small Imperial shuttle and the larger Imperial cargo shuttle were nice. I liked the U Wing. I got the Buck Rogers connection which is very period correct and a nice nerd detail… but I hear you.

I liked how big and complex it was. Unlike TFA and the originals that have a small intimate cast, this was a large ensemble cast. There were factions within The Alliance and factions within The Empire. The sides of good and bad were not monolithic… the fact that the only way to retrieve the disk was manual was a movie cliche gripe. C’mon, that would automated, but I get it for purposes of moving the action along.

I need to see it again too. I want to see if the begging was as jumbled as I remember. That was the roughest part for me.

I love that the Jedi had a point of origin. that was neat.

The restraint on new space hardware was a good thing, I agree. The prequels were chock full of embarrassing amounts of new hardware. There has to be enormous pressure from the licensing side of Disney to create new Lego sets - what are they going to make, Vader’s castle, complete with bacta bath and ‘choke Krennic’ diorama?

There has to be enormous pressure from the licensing side of Disney to create new Lego sets - what are they going to make, Vader’s castle, complete with bacta bath and ‘choke Krennic’ diorama?

Ha, I hadn’t thought of that! Visually the prequels were so dissonant to me. Too many shiny new things that looked more modern than the stuff in ANH even though it was only 20-30 years prior… not to mention the other problems…

Industrial design relevancy-wise, I thought K-2S0 was a nice, balanced, and believable piece of production design. Understated, good use of color, able to be plussed-up with Imperial graphics, and just the right amount of robot anthropomorphism to add character. The blended chest form is iconic and appropriate, and there are some scoops and bulges on his back that are also familiar to industrial designers. Props to whoever dreamt this guy up! Steals the show.

I’ve been thinking a lot about the design from the originals all the way through the prequels, The Force Awakens, and Rogue One. There’s enough swirling around in my head that I’m gathering images for a full separate topic, but here are my thoughts specifically with respect to Rogue One:

K2SO - Fits right in, too, though the gangly proportions and slouchy posture are things you see all the time in modern humanoid character designs.

U-wing - More or less fits in but just a little boring. I also can’t figure out the function of the “wings” (S-foils for you fellow nerds) being swept forward or out to the side. X-wings or B-wings have two positions, flight and attack, but the U-wing seemed very inconsistent between flight, hyperspace, dog fighting, etc.

Shore Troopers - One of the few times I really like the exaggerated look of an original Ralph McQuarrie design translated to the screen. Part of what sets the look from the original trilogy apart is that it took his gorgeous, but heavily stylized, art and filtered it through what was physically possible at the time. Without that limitation, what makes for a killer painting doesn’t always make for a great physical costume or vehicle. This was a huge flaw of some of the prequel designs based on his art. Here, it worked.

Krennic’s Ship, Death Trooper helmets, Vader’s castle, Scarif Base - Here is where I feel the misinterpretation of what is now the “retro” look of the original films. The new designs are all far too angular, relying solely on stacking planar surfaces and hard angles on top of each other. While those are features of the original designs, they are not the only elements of their looks.

Like I said, I want to put together a whole post for this, but in the meantime check out this great article from a few years ago on the effectiveness of design on display in the original trilogy The Designs Of Star Wars 10 reasons why they are awesome ♣ essenmitsosse

You are totally right about Krennic’s ship. Something about that was bothering me. Instead of being in the vein of the originals it was more of a cartoon representation of it. I thought Vader’s Castle was a little too Dr Evil as well.

By contrast it was great to see them using the same old rebel base (what does that guy do up in the crow’s nest with the binoculars? Don’t these guys have radar?) and I thought the empirical cargo shuttle was spot on! 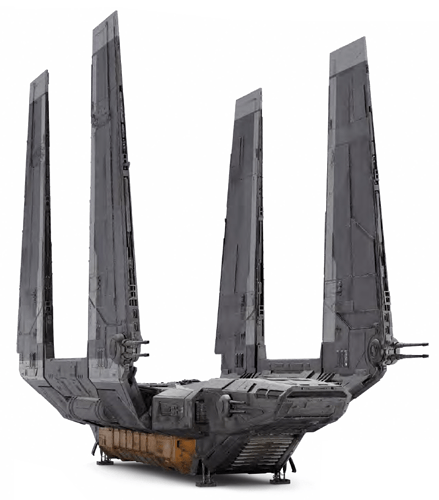 …what does that guy do up in the crow’s nest with the binoculars? Don’t these guys have radar?..

Don’t these guys have radar?

Could say that in most every landing scene in the movie.

Did anyone else notice pretty much everyone makes great time on foot?

I thought Jyn was 1-dimensional. Could have brought the whole thing down if the rest wasn’t so good.

Total waste of Mads Mikkelsen. He’s awesome. His role was not. I would have had him switch roles with Forest Whitaker.

Vader was epic on Ackbar’s ship.

Nice easter eggs for the fanatics.

I have a hard time dismissing knowing the ending of R1 for the last 40 years. While the journey to the end was quite good, it being so obvious takes away from the story.

agreed. Most of the Tarkin scenes were dark which probably helped. I agree on Jin. She really didn’t have a character development arc. She went from “F this” to full on rebel leader within the span of one scene. I liked her earlier in the movie when she was skeptical and kicking the butts of people who were trying to ‘rescue’ her… but the rest of the cast and story I found entertaining… of course you are right, you know the ending. Same reason I never saw Apollo 13… you know they get home. I heard it was a great movie though

I agree on Jin. She really didn’t have a character development arc. She went from “F this” to full on rebel leader within the span of one scene.

Someone with similar thoughts, presented in a creative and humorous (IMO) way" 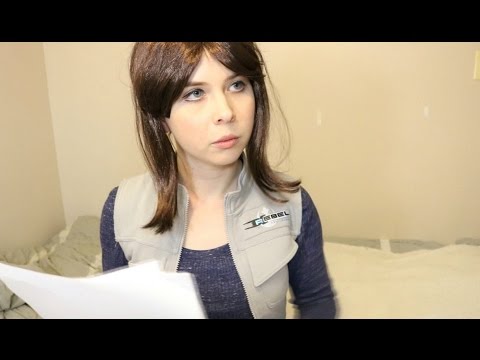 LOL, exactly. It was kind of a hard pivot of a total perspective shift. Nitpicking, I still loved it.

My opinion at the moment:

)
5: TFA 9some of this will depend on where they take the new characters, but loved the nostalgic ride)

Interesting to think about R1 and ANH both having someone come in at the last moment to essentially save the film. R1 had the Tony Gilroy rewrites and reshoots. ANH had Marcia Lucas make some critical changes during shooting (she’s the one who decided to sacrifice Obi Wan), and then really come to the rescue during the editing process, as George Lucas’s original rough cut was apparently an incoherent mess.

Contrast that with the countless films where studio meddling or a second creative force comes in to run a potentially good movie completely off the rails (Blade Runner and Alien 3 come to mind specifically with respect to sci-fi.) It’s really a wonder that both R1 and ANH came out as well as they did.

Maybe because with ANH no one was really expecting anything? Alien3 had to top Aliens so i could see the pressure being on. With Blade Runner i think it was probably just too weird, but luckily we have the director’s cut (and like 8 other cuts), it is almost hard for me to imagine the original ending and voiceover now. I had to rematch it on youtube.

And then of course there was this alternate ending that never made it: 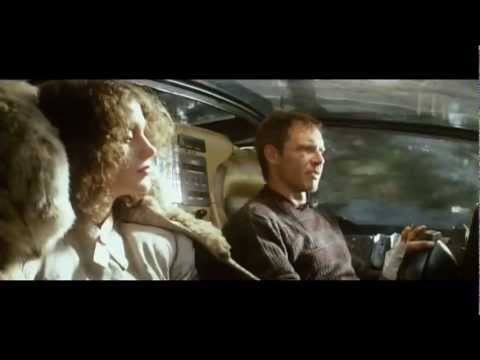 In the end, the movie could never hold up to the complexity of the book, but I still think it is a great film, especially given the context of the time.

Saw this recently and I have a theory. The character that confronts Luke in the cantina in A New Hope, don’t know his name, but it’s the guy who gets his arm cut off by Obi Wan. In Rouge One they bump into this character in the city before it is blown up by the Death Star.

So, this may mean two things. One, he and his accomplice somehow miraculously escape before the city is destroyed, since they appear in A New Hope. And two, this may also mean that Han and Chewie were in the city at the same time.

The Falcon may have possibly been one of the few ships fast enough to escape, and I theorize that the cantina characters were on it, maybe due to paying Han, or Han owing them a debt, but regardless this may explain how they all ended up in the cantina together on Mos Eisley.