I’ve been using Rhino off and on for several years but have never had any formal training in it. These days it’s been a much bigger part of my workflow and process, and I’d like to get better at it.

I feel like I could be more efficient with a better workspace layout. Can any Rhino users post screenshots of their Rhino3D workspace (including popup menu layout) as reference?

It would be cool to see what tools you keep on-hand, as well as the plug-ins that you use regularly.

Most of the power users I know keep it blank with the exception of the properties and layers set off to the side of the screen. Everything else they do with custom key commands or they type it in.

on that last IDS Rhino webinar this week, it looked like the instructor had set up some custom pull down menus on the top of the view window… looked very efficient

I think it is how you get used to it. I have always done majority of commands by inputting them into command line, and I use couple of buttons too on the standard default layout. But never actually used custom toolbars. I’ve seen some people got used to the drop down menu as well. For me, it is like wow, how time consuming that must be. But for the guy is the only way.
After all, if you are willing to do some adjustments and can afford some time being spent on getting used to the changes, then you should try couple of variants and see which suits you best.

I know I would probably try putting all the most used commands in one toolbar, and in the other a couple of them that I use less. Of course listed in a logical way. After all, there are like 30-40 commands which are used 99% of the time. Right?

For the most part, I’ve kept all of the standard toolbars. Been using Rhino for so long that even though it might not be the simplest way to get to a certain command, I’m really fast at doing it just because of repetition. I also tend to type in a lot of commands and coordinates, similar to the days of AutoCAD Release 10. 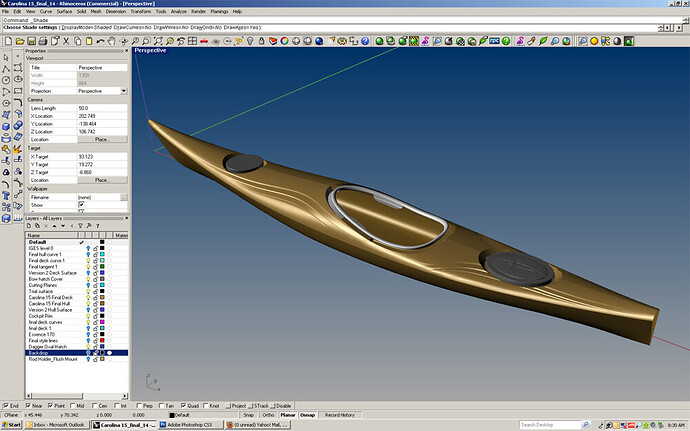 not a screenie…but I thought this was a nice solution to something that always bugged me about Rhino…its viewport experience. 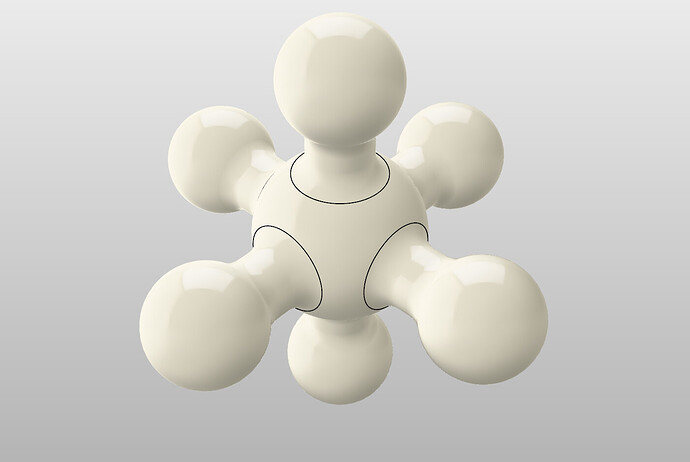 learn a lot!
Thanks!

not a screenie…but I thought this was a nice solution to something that always bugged me about Rhino…its viewport experience.

Thanks for the tip on that site. It’s funny, all of the people that do the tutorials on there just use the default workspace and type in commands, click the icons, or use the drop-down menus. They don’t even use the pop-up, which I use constantly. I guess the power users are keeping it really minimal. My workspace looks very busy by comparison.

I use Rhino constantly, and I am very picky about my workspace. I’ve used several other 3D modeling programs, but my Rhino workspace is the fastest one I’ve ever used. First of all, I get rid of all the toolbars. Then, I use a single big viewport. I then make a very large number shortcuts for every command that I use frequently, ensuring that each shortcut is 3 keys or less and can be easily typed with one hand. Because I prefer one very large viewport, I create many easy shortcuts for changing my view and my cplane. Rhino let’s you easily export and import a set of shortcuts, and I’ve developed my current set over the past couple of years, but it is really easy to make all the short cuts you need in a short amount of time. With this setup, I can keep one hand on my mouse, clicking away, while my other hand types out commands, using my thumb on the space bar for ‘enter’. The only other windows open besides the viewport are the persistent osnap dialogue, the layer list, and a command prompt about 4 or 5 lines tall. I also edit the colors to suit my taste. I’ll post screenshot next time I’m modeling.

I have been using Rhino for 6 years and I just use the default workspace and type most commands in. Other ones I pull down from the menus. Typing in commands is so fast and simple, atleast for me. You will find that most commands you can type with using just one hand on the keyboard. Makes it much faster and then you don’t have to move your mouse around to find the tool you want. 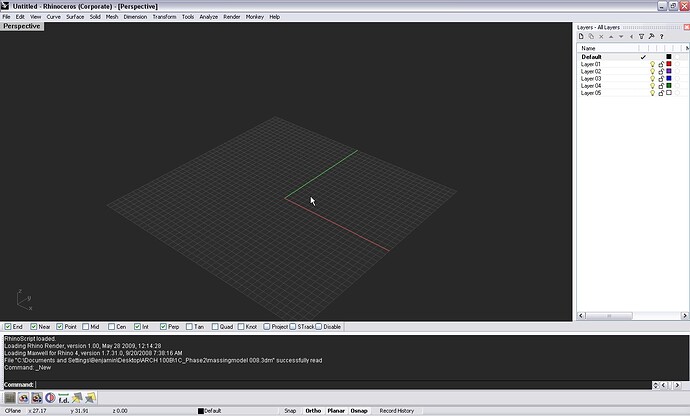 Not a lot different from the standard, but plenty of buttons for commands that I use regularly.

I can’t believe people type all their commands, everytime I get on somebody’s machine with even the standard setup and there is no mirror I add it after I type it for the 4th or 5th time. 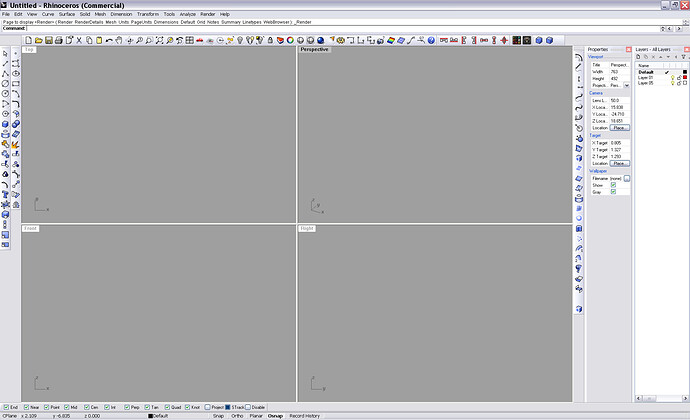 Im also a long time Rhino user, not amazing in it but i get by. I enjoy keeping my work space clean but I kind o like the buttons. I see it as interface design and someone thought about how to present the function, i respect that plus it brings some colour in my life. Here is a screenshot 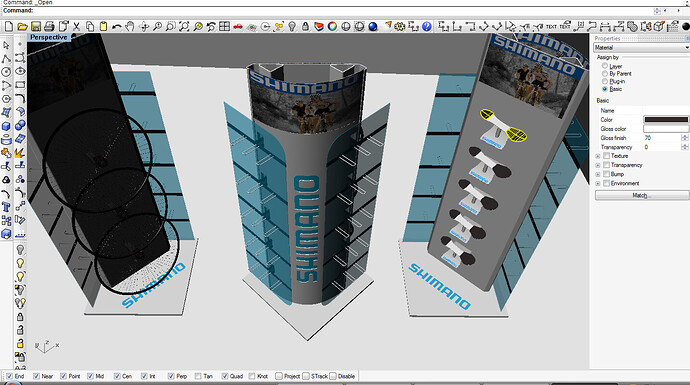