I’m trying to create a surface to blend between these two surface, ideally being tangent to each surface. Any ideas on build strategies, I’ve tried to create rail surfaces without much success? Is there a better approach? 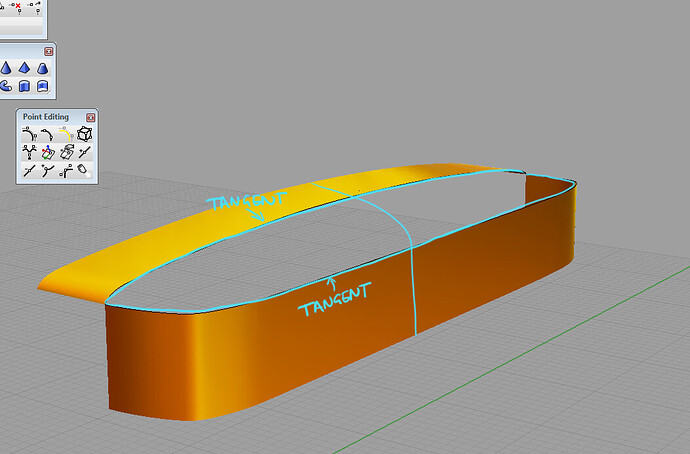 Ok, I might have answered my own question, blend surface seemed to give me a decent result, not perfect but workable. Any better strategies are still welcomed! 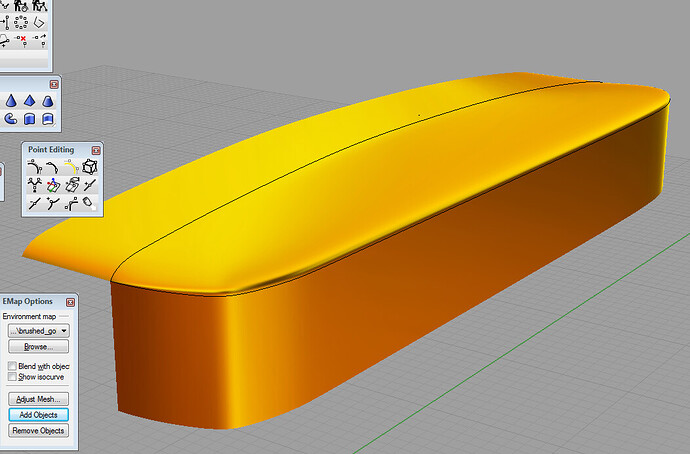 Draw the skeleton with the lines tangent just as you have with your blue lines in first attachment. Then you can use NetworkSrf to create that top section all in command. With NetworkSrf though, sometimes you want to split your closed loop in half by one of your contour lines to make it work.

Thanks Ryan, I will try that out.

That may work, but you are most likely going to end up with an ugly surface with a knot where all the CV’s come together in that outside corner because you’ve built a 2/3 sided surface.

If I were to rebuild that I would try to trim back the top surface with the shape you want and then build the surface with that side surface as your profile curve (as a rail or whatever other tool you choose) so you can build a 4 sided surface. It should come out cleaner with better continuity between your other surfaces.

I can attach an example or sketch later if you need it.

This is the way I would approach it.
Full upper convex surface, trimmed at a good distance from the lower edge. 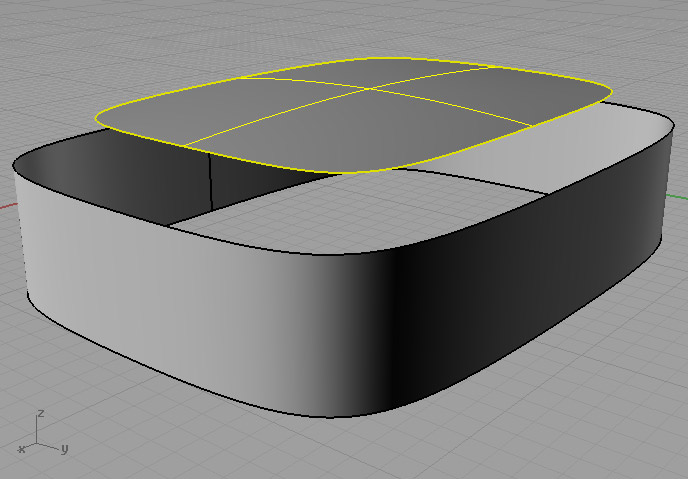 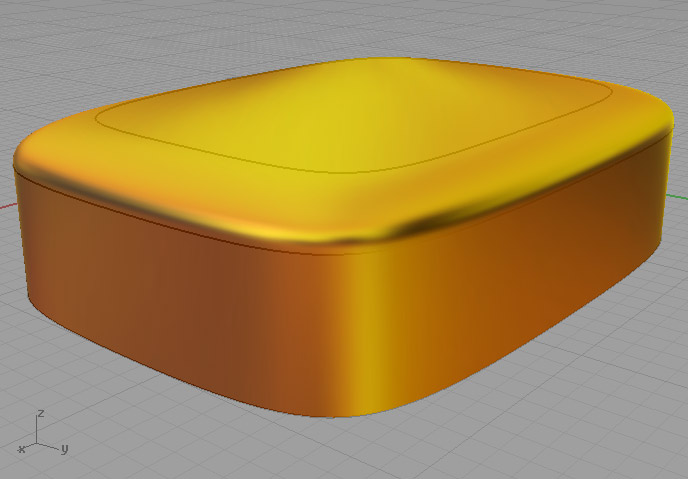