I am designing a kitchen appliance for a school senior project and thus far, I have always made my final models out of yellow foam, glue, paint, etc etc. Well, this time, an ID classmate suggested I try using our Z-corp machine to build it. I didn’t know much about our z-corp machine until recently and I am interested in utilizing it. I use Rhino and so far have only used it for polished renderings, never rapid prototyping.

I have been building a Rhino model of my appliance (a coffee maker) and I am fully aware of the few “must have’s” before printing, such as having watertight geometry, using “show naked edges”, using trim and join to make sure my parts are of one whole piece, etc. But I am still a bit confused about one thing. If some of my parts, such as the main body, are solid (in the sense that in real life, they might be rotation molded plastic with some wall thickness to them but hollow inside), does that mean that if I intend on 3D printing it, do I have to build actual wall thickness in my geometry for the 3d printing to work. And how would I go about that?

Do I use “offset surface/curves” feature to build thickness? or what other ways can I build wall thickness?

I have included a few examples of products that are manufactured like the parts of my coffee maker that have wall thickness, (probably rotation molded?) and are completely closed, to give you an idea of how my parts would be constructed. Thanks guys. 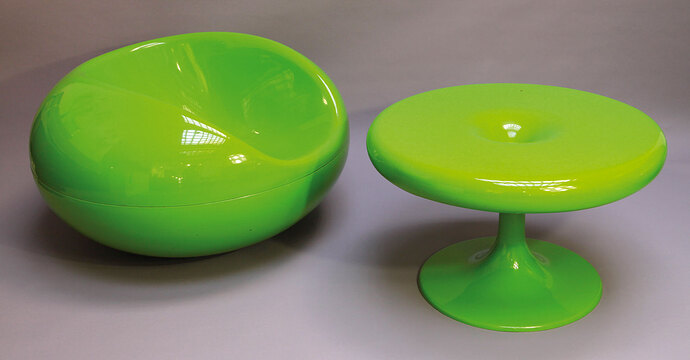 I think I found something! http://www.studiorola.com/tutorials/3d-modeling/rhino-3d-shelling-or-building-wall-thickness-part-1/

Any feedback? Even after viewing that link I found, I am still confused.

So if a part is to be built by rapid prototyping such as, for example, a hollow sphere; even if it is a closed solid, do I have to build wall thickness with the “offset surface” tool to attain something like what a rotational molding process would do? And if I leave it as is, will the Z-corp just built it as a filled solid (most likely using more material/powder and more time)?

I think I found something else to help me. Hope this helps anyone else new to Rhino with questions about “solids” and how they relate to geometry and rapid prototyping.

"The terminology of “solids” seems to confuse a lot of people and there are often discussions about it, in particular with relation to getting “watertight” solids for rapid prototyping. Some people have been worried that if you slice a “solid” in Rhino, you do not get surface planes or “salami” slices, but just an outer boundary curve at each slice. THIS IS NORMAL. The rapid prototyping software/machine fills these slices in for you. Remember also, that it is not the Rhino NURBs object that is being sliced by the rapid prototyping process, but a MESH in the form of your object, via an STL file. And guess what? Meshes are no more “solid” than Rhino NURBs objects… When you slice them, you still get just boundary curves… "

Ask the instructor at school who operates that machine, s/he should know.

If you build a closed solid sphere it will use way more material and probably take longer to build. I know at uni we payed by the cubic mm for material.
It will also be stronger and heavier.

If you build a hollow sphere with wall thickness you have to open up some sort of drain hole so that the support structure can be removed (although I’m not sure if it has too, again the instructor should know).

Or just do 2 halves and glue/screw/snap them together. You coffee maker is most likely going to be injection molded, so you will have 2 shells (well, depending on your design) anyway. That green blob is obviously 2 parts and not completely closed.

Thanks for the reply. I hadn’t considered doing “halves” instead of whole parts! That’s what super glue is for.

As for the green blob, i hadn’t noticed that it wasn’t a whole piece but two halves upon closer inspection. Makes sense. When constructing my parts in Rhino, I will also borrow from manufacturing processes I am familiar with too, such as rotational molding and injection molding, like you suggested. Hadn’t thought about that!

One of rhino’s biggest drawbacks is its handling and creation of solids. Here are a few things to keep in mind, based on what you’ve already said.