I recently picked up a Monoprice TWA60 graphics tablet from Monoprice. I was thinking about saving up for a Intuos but after reading all the good reviews I had to give it a try for $40. Overall I am pretty happy with the purchase so far (only put in 3-4 hours on it so far), so I wanted to share my thoughts on it, and see if there’s anyone else out that has experience to add.

The size is decent, it is larger than the Medium Intuos, smaller than the Large Intuos. If you are used to drawing on letter size paper you should be fine with the size.

It has 1024 Pressure levels, the same amount as the last generation Intuos 3 line, but half that of the newer Intuos 4. I haven’t used a Intuos extensively so I really can’t draw any comparisons, but I definitely feel like 1024 is fine for me, I’m not sure if I’d see a huge difference with more levels. It doesn’t have tilt, I don’t believe, so if you are using programs like Corel Painter that sense tilt control you may loose some functionality. For my uses, I’m happy with the performance at the moment. 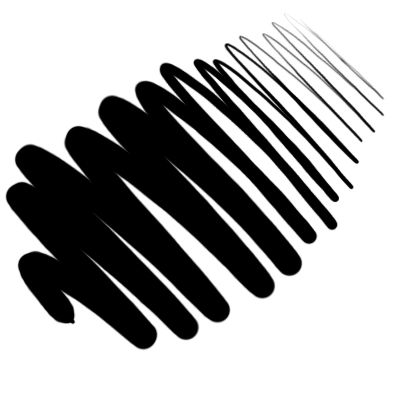 Design wise, it’s pretty bland but not offensive to look at. (Un)Luckily I have a grey HP brick of a laptop so it’s not really cramping my desk style. It feels solidly constructed and could probably take a bit of a beating. I’m planning on using this for my in-class work, since it’s about the same footprint as my laptop it should slide into my laptop bag perfectly. After a couple months of doing that I can report on how it’s holding up.

The pen is battery powered. I’m guessing Wacom probably has patents out on their wireless pen technology, so this is probably one way of working around it. It’s no biggie for me I have a wireless mouse that I’m used to replacing the batteries in every couple months. From the reviews I read the battery seems to last several months before usually needing to be replaced. I also like the added weight of the AAA, I use an older 18" Cintiq at work and I always feel like the pen is going to shoot out of my hand it’s so light.

No physical hot keys like the Wacoms, it does have as a strip of programmable tabs that you tap with the pen. They come with default functions like, “Open”, “Print”, “Undo”. They can be reprogrammed, I reprogrammed a couple for PS commands like "Ctrl + -/+ " “B” “Ctrl+E”. I’m very used to using the keyboard for hotkeys so I’m not sure if I’ll get much mileage out of this feature.

There is a similar model that’s about the same size and price that has physical hotkeys on the left, I’m left handed so that wouldn’t work for me.

The pen has no eraser… now this omission I still haven’t gotten completely used to. It’s definitely not a deal killer, and actually makes me concentrate on what I’m doing more.

Installation was not plug and play for me. I made the mistake of plugging in the tablet and letting Windows automatically install it, which was a big mistake because Windows then recognized it only as a simple pointing device and did not detect pressure sensitivity. After some trouble shooting I was able to reinstall with the driver provided on the CD and got everything figured out. I’m running Windows 7. CS5 detects pressure fine, I’ve used it for Mudbox, but Sketchbook Pro can be a little buggy, I occasionally have to disconnect it, and restart SB Pro to have the pressure capability reset. My laptop is a P.O.S. so it might be a problem unique to me, a lot of the reviews I saw mention it working flawlessly with SB Pro. It is both Mac and PC compatible.

I’m a big Wacom supporter I think they make great products but with no real competitors out there, their prices are definitely over inflated. While I can’t really say this is a Wacom replacement since I don’t have extensive experience with a Wacom, but at the price point it fills my needs for a tablet that I don’t mind throwing in my bag and schlepping around DAAP with me. I’d rather save up for a used Cintiq at this point.

Hope this helps anyone how was looking for some non-Wacom options, would be great to hear anyone else’s experiences with this, especially people who have experience working on Intuos tablets. 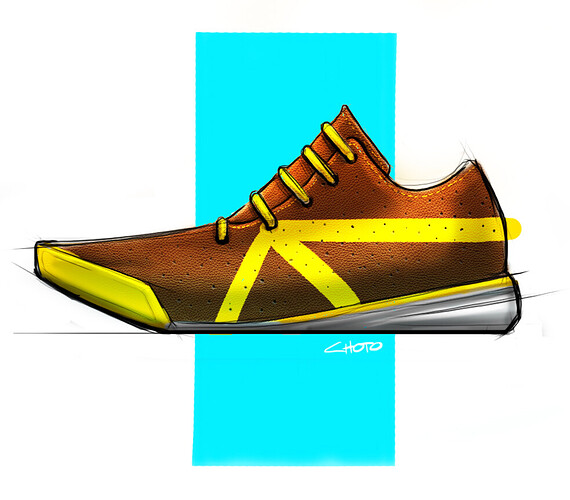