I’d drive it. It’s about a thousand times better-looking than this piece of crap.

Looks like the cadillac studio got their hands on it; it’s much better looking than the SSR/HHR/C6 corvette. I like the topology near the rear wheel well particularly; the vents work well.

I’ll bet it’s about 15% bigger than it seems, like the Mustang. When you see it in person you’ll think “holy hell, that’s bigger than it should be!”. If they could make it XLR- or corvette-sized (or, say, '67 camaro size?) they’d have a winner on their hands.

Well, that kind of makes me cry.

uh, mullets will be back in style soon?

Actually, I’d rather see more retro styled Mustangs and Camaros than more Chrysler 300s or Dodge Chargers. Those things strike me as incredibly awkward, especially the Charger. Should’ve made it a coupe.
So I’m left wondering: how will these retro designs evolve after a few years?
I’m guessing it won’t matter much, as it will be a much longer wait than for most cars. Look at how long the 80s Mustangs and 70s & 80s & 90s Camaros remained largely unchanged for about a decade each. Its almost as long a wait as for the Corvette, which hadn’t had a completely new design in about 25 years (and frankly, the new one is so similar that I wonder why they bothered).

Lets see…
uh, mullets will be back in style soon?

Mullets are back, your fears have come true:

The best mullet site around, hands down. DO NOT ACCEPT CHEESY IMITATIONS!

The Pixies just had a reunion tour, so maybe that signals we are ready for the late 80’s early 90’s. Maybe a redo of the Talon!

But those are vintage mullets, not new retro mullets.

Back on topic, sort of. I think the new camaro will sell like nuts if they can keep it close to the concept. The target consumers, like the mullet, has always been there. The Camaro has been replaced by the Mitsubishi Eclipse in the late 80s /early 90s, then I guess the Mustang in the late 90s until now.
I read somewhere a couple of weeks ago that this retro trend has become so popular with US carmakers because its one of the only things they can beat the Japanese at. Since Japanese cars have only been a significant part of our car culture since the late 70s / early 80s (and many of these early imports were not necessarily great cars), there is not as rich a feeling of nostalgia for their vintage cars. This seems like a pretty sound hypothesis, but it leaves out the Beetle, the Mini, and now the Toyota FJ concept. 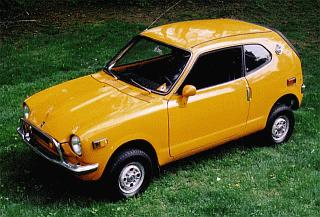 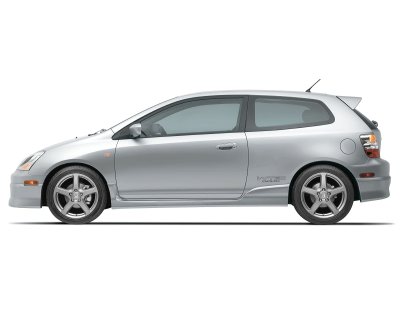 I’m very happy to see the Camaro and Challenger coming back and looking good.

If there is one flaw in the current crop of Japanese cars it’s that they tend to have dull, uninspiring designs. Honda and Toyota, especially, seem to be the worst offenders. Mazda is the exception, IMHO, as they do make some nice looking cars (e.g., Miata, Mazda 3, Mazda 6).

Detroit seems to realize this, too. I wish them well.

On a related note, while my current car is a Mitsu EVO, in the past I have owned a 96 Mustang GT and an 01 Mustang GT. Never had a problem with them. I’d buy a Ford again in a heartbeat. Not so sure about Dodge, though.

This poor car just gets no respect. My neighbor owns one and loves it. Then again, he’s 50 years old.

This American ReEvolution Retro era is killing me. Okay, we give up, we’re out of ideas, but we can incorporate a fancy lighting system into our designs from 39 years ago. Just give me a G35 Coupe.

I think it is funny that the same designer did both of these:

These new retro pony cars are evidence of the incompetance of the designers that are presently employed by the auto industry. A car designer earns his pay by designing a product that is better than the product it replaces and the products that it competes with. If they were doing a good job and they put out a new concept car that had styling from the 60s and put it in the auto show, people would look at it see how much better the 2006 cars were after 40 years of improvement. This did not happen. The 4 best cars were ford’s mustang and GT, and the camaro and challenger, and people have started talking about much better these cars are than the new american cars that came out last year, which tended to be bland imitations of audi and toyotas. Why does the industry need creative people to invent new shapes for cars when the previous generation of designers have already done something better, that can now be put back into production? There are plenty of recent graduates of design schools that are looking for work. Detroit should hire them and fire their designers. I dont know if the young guys can come up with a new look that most people want, but we know the old guys cant.

I have the same comment about retro design that Chris Bangle has about his controversial “flame styling” at BMW: the customers like it. At the end of the day, that is what design is about, meeting customer’s desires. I was quite disappointed by this, but the Mustang and HHR are both selling strong. I felt the HHR was especially bad as a piece of retro styling, because it seems to me like a retro PT-Cruiser, just not done as well. Apparently, the market doesn’t agree with me.

However, returning to my point, retro styling is no bad thing, nor is it a step back for styling. If one looks at the styling that retro is inspired from, you will only find certain details and an overall form are being brought forward. For example, the general boxy shape of the Dodge Charger, or the seperated fender look of PT Cruiser. However, these modern designs benefit from manufacturing abilities, materials and engineering unavailable at the time. For example, the Charger’s wheels are pushed far out to the corners, much unlike the original short wheelbase '60’s muscle cars. PT Cruiser’s fenders melt into the surrounding surfaces, rather than the seperate pieces of '30’s cars.

So, these retro designs are improvements on the designs from 40 years ago, not copies made from a lack of imagination. I would encourage everyone to go to a local car show and compare the '30’s Model A Ford with a PT or HHR and see where improvements have been made.

Lastly, retro styling is about feeling and emotion. Designers have tried to make emotional “something different” cars for years. However, consumers don’t feel an emotional connection with these cars. Probably because a new design doesn’t spark any memories in the viewer. That’s where retro design excels. The viewer has an immediate emotional connection with the design because of the good memories or old desires that have lingered with them for years. No matter how good the design, a new design will have a hard time evoking that kind of reaction.