I stopped by a local Mom & Pop yesterday to pick up some cat food. As in most of these little stores they place anything, and everything, pretty much where it will fit. It took a while to locate the Friskies.

And, as in most of these little stores, the quick moving, impulse-purchase items are clustered around the checkout stand; candy and snacks are especially densely packed. I was wondering if the manufacturers dictate “placement” per se? Is the “marketing” in these situations the responsibility of the jobber’s route driver?

Packaging designers spend a lot of effort on POP display but in little stores like these it seems to be a wasted effort. How do you deal with the random, cluttered, nature of these little retailers? 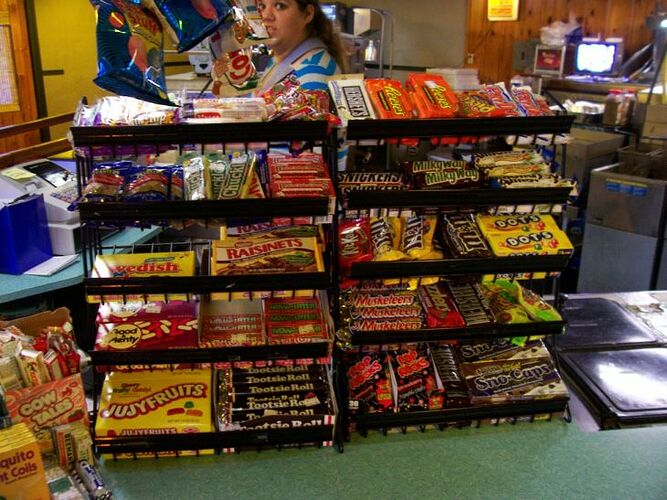 I believe it depends on the CPG company, location and if they have a merchandiser/distributor working for them. Most companies will supply the planogram of shelf/cooler layouts and for the most part, those are followed. Counter shelf stuff is more up to the merchandiser/distrubutor or the store owner.

As a designer, we used to be asked to do counter units with the clear instruction that it would be on the counter. So initially, I think most CPG companies know where their stuff is going to go but not exact control of it.

We would go through various stores in the area to audit them and see how well our floor displays, end aisle, etc. were executed. And most of the time they were fine. But at certain moments, they’d look like a hot mess.