Hey I’m new here and I wanted to get some eyes on this render I have been working on. Let me know what you guys think as far as what can be improved. 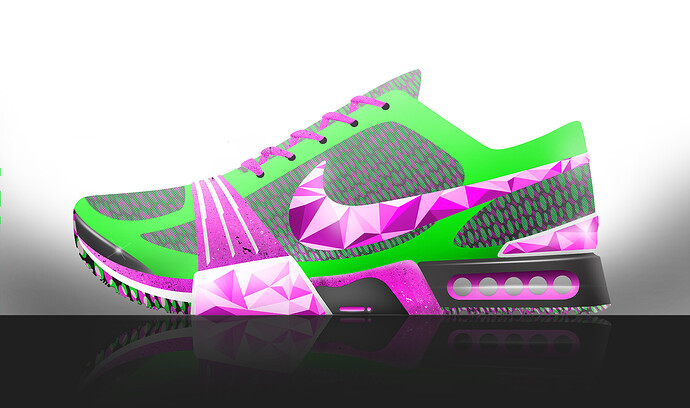 I’d suggest that you forget using colour for a while and just concentrate on trying to convincingly render in grey/black/white. It should be easier for you to learn to convey a form in greyscale than having to worry about the rules of using colour at this stage.
Or better yet , forget the computer for a while and just use a HB pencil to get to grips with representing form in monochrome. You can’t go far wrong just using a pencil and eraser. Perhaps take a look at the ongoing sketch thread by A.powers for some examples of using the tonal values of a pencil to describe form.

Adding your highlights and shadows to all areas would vastly improve your rendering.

What software are you doing this in?

Overall it could do with some implied depth and “mass.” Things are flat at the moment; this is a shoe made of paper.

The believability of an image increases dramatically when you give things the slightest bit of thickness. This comes through thin/subtle highlights and lowlights where the edges of some fabric would be visible. As a quick example, the Nike swoosh is indeed a thin strip of fabric, but not impossibly thin. So from this angle you could probably see a tiny sliver of the fabric’s edge running along the bottom of the swoosh.

Shoe people could probably lend a better stylistic/presentation critique since this isn’t my area.

Hey Dcole77 - I just re-read my post and feared my reply sounded a little harsh. I second the advice given by the last two posters. and offer a goodwill charitable rework to further illustrate our points. 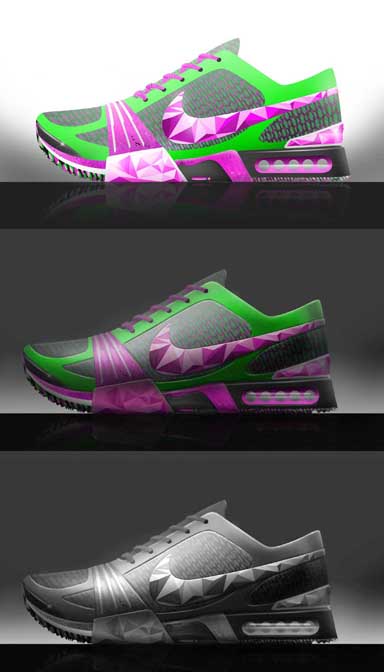