Remember when Nokia used to be cool?

What happened? I remember when Nokia was the coolest cellphone company in the world, the 6110 was the “must-have” device. 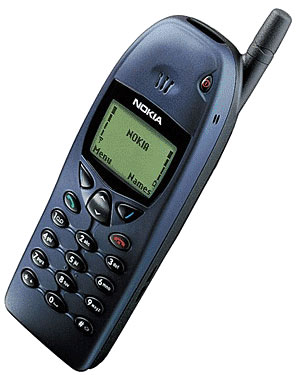 Now that they are being gobbled by Microsoft I wonder where their design language will be going. Will they keep their Scandinavian look?

THIS: was the must have…

Someone closer or more knowledgeable should correct me on this, but some of Microsoft’s physical products aren’t too bad. Haven’t played with the Surface at all (nor do I intend to), but they’ve worked with some good designers and firms in the past for stuff like their mice. See these links http://www.carbondesign.com/projects/microsoft-arc-touch-mouse and Behance

I guess the point I’m trying to make is that there is still potential for Nokia’s phones to be desirable in the post-Microsoft-acquisition future.

They’re keeping the industrial design team in Finland from what I understand. My main beef is going from a nice emotive brand with exotic international flavor to an 80s software name. Bad form. I will never buy a phone that has the word Microsoft or Windows on it. So they better stick to the new windows logo (which is nice) or ‘Surface.’

That said, I will definitely be going to buy my matte white Lumia 1020 soon. =)

I remember Colin Farrell looked like a bad ass in the Miami Vice movie using a 6170.

What happened? I remember when Nokia was the coolest cellphone company in the world, the 6110 was the “must-have” device.

I’m sorry, Nokia was once cool??

Through the late '90s and 00’s Nokia churned out a stream of over-styled, attention-seeking, and ultimately forgettable products . Since Stefan Pannenbecker took charge of Industrial Design, they’ve recently produced some some clean, bold and confident products clawing back respectability. Hopefully MSFT will continue to nurture their fresh spirit, and even better is yet to come.

I think they are cooler right now than ever before. A few years back they were just HUGE but never cool. Their downfall made them rethink what they were doing and right now they are the only phone company (apart from Apple) who really get it - designwise. And with their current phone lineup they really nailed it (I’m talking about the design, not sales or ecosystem where they are clearly lacking right now). They nailed it so much that even Apple started sweating and half-assed an attempt to update their design language. Let’s see if Apple will even try to introduce some colorful polycarbonate phones in a few days

I think the Nokia design team is really on to something and Microsoft knows that. That’s the reason they bought them. In my opinion it would have been a smart move to keep the “Nokia” because a lot of people are nostalgic about that brand, but I am pretty sure we will see some really cool phones in the near future. Whatever name they slap onto the case… who cares

Let’s see if Microsoft can deliver or if Nokia phones will always be the cool underdogs.

Google didn’t dump Motorola’s name. I doubt MS will dump the Nokia brand. It will just continue to be Nokia powered by Windows.

I thought Motorola was cooler. StarTac and Razr… 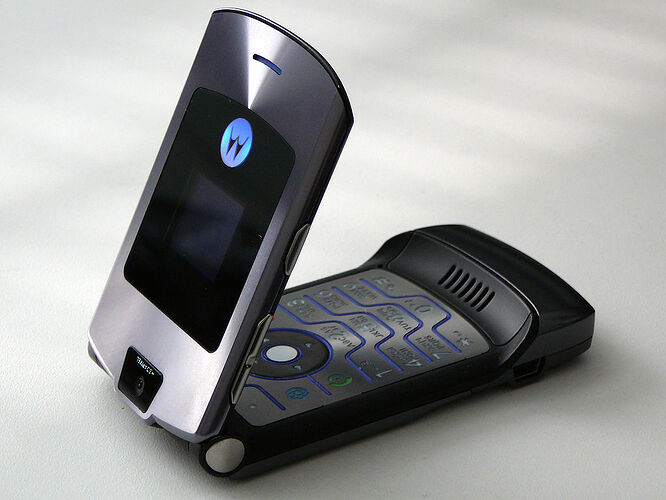 To echo much of the sentiment, I remember them being popular and ubiquitous, but never that cool.
Some of the stuff they were playing with in the late 90’s early 2000’s was interesting, but never bought one myself.

The Lumias seem pretty fun, never used one for an extended period though.

Have a blue 900 now, getting a white 1020 soon on ATT. Verizon chiefs are arrogant and not design savvy, service itself is parity all around IMO so I support the company that supports the best phone hardware.

Good point, but try getting cell coverage in the Midwest outside a major city on AT&T. Verizon quickly becomes the only option.

At least one guy gets to do cool stuff at Nokia. 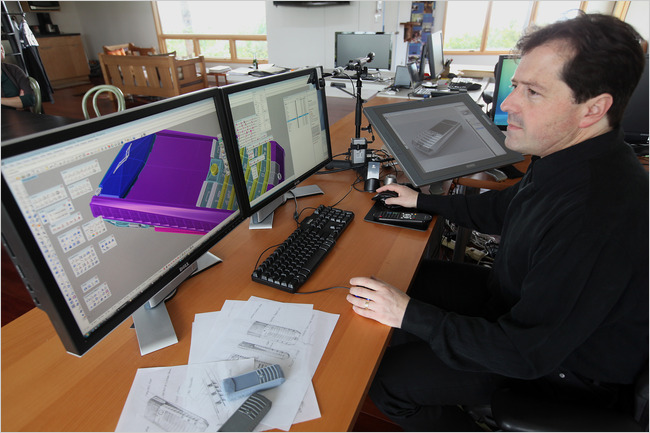 At Nokia, Frank Nuovo oversaw design, bringing 250 products and accessories to market every year. Now, at Vertu, he’s focusing on the very top slice of the market.

I’ve never thought Vertu was cool. It’s just seemed like excess for the sake of excess to me.

I definitely agree that Vertu was never cool; their form development looks dated and the material usage is just wasteful. But after reading the article, there is a part of me that understands the niche that Vertu fills: watches are disappearing, but phone use is on the rise. So they shifted the luxury materials to the phone.

I didn’t know that Vertu was related to Nokia at all before reading this thread. Now, I confirmed my suspicions that their phones look like those old Nokias but with glitter. My opinions aside (and they’re just opinions), I’m glad that guy got back to designing; kind of inspirational actually.

watches are disappearing, but phone use is on the rise.

Actually watches are not disappearing. Watch sales were the highest in 20 years last year.

And I would argue that a watch is much more timeless (pardon the pun) than a mobile phone will ever be. A Vertu made of leather, glass, platinum and sapphires in 2005 looks interesting until you turn it on. Then it just looks like any phone from 2005. Phones are more about the software than the hardware (to some degree) these days.

An analog watch from 1950, however, will always look the same at Noon compared to a watch made today.

When I was in year 7 ( 11-12 years old) in 2002, the Nokia 3310 was the pinnacle of cool. Everyone wanted one!! I think it must of been the right price point for parents because i’m sure it wouldn’t have been the most advanced phone out there! You were consider “cool” if you had any phone at that age but a 3310… well “what a badass”! What a bunch of shallow 11 year olds we were!

Thinking back at the other phones I was aware of and looking at the chart IDiot posted, it was a step away from the dark plastic phones, probably aimed at young kids!

Funny Story: One christmas I wanted a 3310 so bad, opened up all of my presents and I couldn’t see a phone in sight! My parents said that “one more thing” line and scuttled upstairs, came back down with something wrapped up. I thought this is it, its a phone, opened it and it turned out to be Bon Jovi concert tickets!!

The look of disappointment of my face was a picture…What an ungrateful child I was that Christmas.

. I thought this is it, its a phone, opened it and it turned out to be Bon Jovi concert tickets!!
The look of disappointment of my face was a picture…

“Shot through the Heart” you might say. BOOM. Couldn’t resist.

“Shot through the Heart” you might say. BOOM. Couldn’t resist.