I was laid off about a week and a half ago. I’ve applied to about 30 different companies now. I’ve spoken to friends that work at other companies that have job ads up and most are responding with: “Hiring freeze, don’t know why the ad is up.”

I’ve heard back from another company, “Thanks for sending in your resume so fast, but we’re not ready to hire yet.”

I know a decent amount of people for being in the industry for a few years and most people are telling me their company has laid off 10-50% of their employees and are in no shape to hire anyone. (About 40% of my company was laid off)

I realize I haven’t been looking for six months, but I need to find a job. I own a house so moving without any sort of relocation package would hurt me. This hasn’t stopped me from looking and applying elsewhere.

My question: Is it bad to take a job doing something slightly different for awhile (maybe a 1-2 years) and come back to design when people are hiring? I’m looking at project management, marketing, etc.

I wouldn’t think so, times are tough and I know designers who haven’t forgotten 2001, and that freefall. I don’t think that in a couple years when you’re trying to get back into design, it’ll be a huge barrier, but I don’t know what industry you are in.

Just try, as much as possible, to stay fresh in regard to software / trends and do some side projects or freelance if possible during that time so that you’re not rusty when you try to get back in. my 2 cents.

I’m in the same boat - layed-off and having a tough time finding any paying gig (heck, I’d take barista right now if there was a coffee shop in town). I’ve also gotten almost the same response to every job posting I’ve responded to - ‘we’re not hiring right now.’ Why advertise an opening then?

I haven’t worried too much about what non-design experience will do to my chances of getting a design job later on. In the grand scheme of things, it would be insane to find yourself in financial ruin because you feared taking a non-design gig would hurt you in the future. So long as you keep your skills up, there’s no reason why a sabbatical from design would be looked down upon. Just spin it as building your multidisciplinary skill set or something similar.

When I dropped out off “design” two years ago my thoughts ran
along exactly the same lines.

Meanwhile everything has changed. I found more creative fullfilment
in product management than I envisaged and while I still miss the possibility
to form aesthetic perfection with my own fingertips I learned that I enjoy forming business chances even more.

Heck, I even started to paint for recreation again…

In short: A creative mind never stops, regardless where you place him.

I’d see it as a win-win situation, if more designers had to cross-over into
other business fields. Would help to split the public image of designer from
“hairdresser”, win us as community more influence und will most certainly help everyones bottom-line.

If you long to become a barista buy yourself an expresso machine…and
start your own business.

Thanks for everyone’s thoughts.

I’ve contacted a few companies… we’ll see if anyone bites.

If you long to become a barista buy yourself an expresso machine…and start your own business.

I already roast my own coffee beans, so I’m not that far off…

The main point is that you have to survive. Do what you have to do. Life is about living, not sticking to some predetermined idea of what path you’re supposed to follow. Be like the water and do what’s most appropriate for your situation. If you see that you aren’t being hired, update the skills, look somewhere else, or do your own thing and hire yourself.

People will still need/want to buy things, just not as much of the frilly things most of us design so put on your ID cap. Come up with what types of things would still sell in this type of economy and look for opportunities in those areas. Or see what can be made with minimum investment and overhead and try to put it out yourself in your spare time as a hobby. There are stories of soccer moms making very successful home-based business with $100 worth of supplies and their own website to sell them on.

Use your ID problem solving skills to approach your issue (looking at it from the outside, working out all of the possibilities and weighing the pros and cons / feasibility of each, etc…) and come up with a game plan. It’s what us freelancers have to do pretty much all the time to look for new projects, grow the business, etc…


Good luck with everything. Take care.

Skinny and Mo-i, some great advice!

When life gives you lemons, punch life in the face and take it’s wallet.

Yeah I’ve been getting stuff together, and been hitting the streets (figuratively). My father offered me a full time job operating a spectrometer at his plant. I just would rather have a job that I can still get/ make phone calls at when needed, so that I can still find a design job.

im also waiting for a company to be done with their hiring freeze. I’m a recent grad, but I’ve never heard those words before this past fall. The economy is awful.
I’ve pretty much been told that I’m in once the freeze lets up, and it is so frustrating to just sit around waiting for an email, its depressing especially since its cold outside and theres no money to go anywhere

there are no other jobs in this area: industrial designers, dont move to philadelphia, move to boston or NORTH Jersey

im also waiting for a company to be done with their hiring freeze. I’m a recent grad, but I’ve never heard those words before this…

That does happen during bad economies, but companies use that excuse in good times and bad as a reason not to hire. I know of corporations that have said that to prospective designers for years, while in reality picking up employees here and there.

There are stories of soccer moms making very successful home-based business with $100 worth of supplies and their own website to sell them on.

Anyone need any bedazzled hoodies?

So expensive, so tacky.

I am going to be proactive and diligent in my search. I figure that it is a bit like looking at sneakers, if you see a pair you need, youâ€™ll find a way. 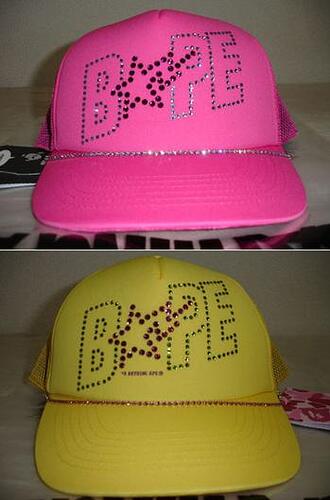 Funny you posted these Bathing Apes Fitties, I was just wondering how these joints came to gain so much exposure from the hip hop community. I’m not hating on the success but, I really don’t see the beauty in the style. I like the colorways but, find the overall design powerpuffy. 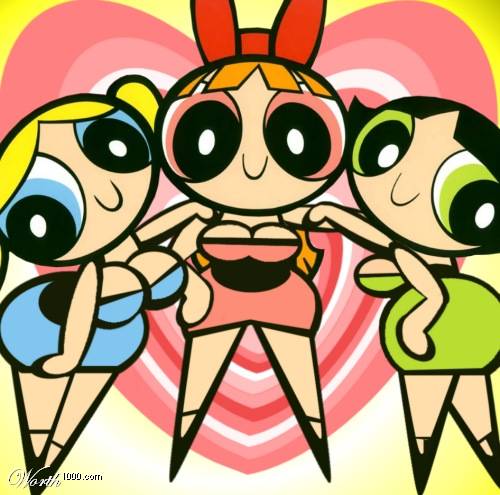 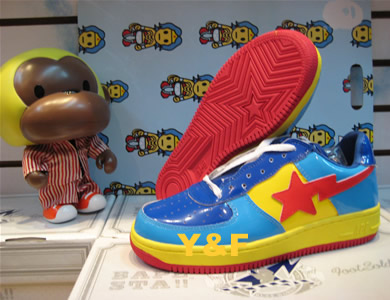