Rear diffuser: who pioneered it?

yesterday evening back from the office I was following a crowd of compact and subcompact cars .
A Fiesta, a Mercedes A- class and all of them sported that “rear diffuser look” a mixtur of male
and female genitalia said to lower drag resistance. - What ever the reason behind it I started to
ask myself what the first mass marked car was, that pioneered the look???

Honda NSX and Dodge Stealth had it years ago, but hardly mass market cars.

m, are you describing what I would term a “spoiler” or wing? 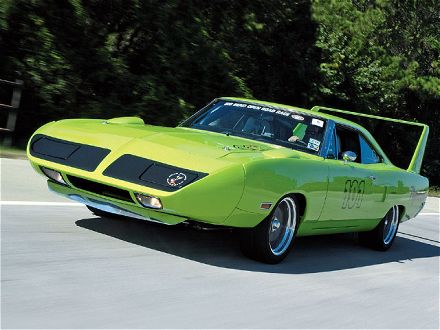 Or the lower, more integrated “tunnel-like” structure seen on this NSX 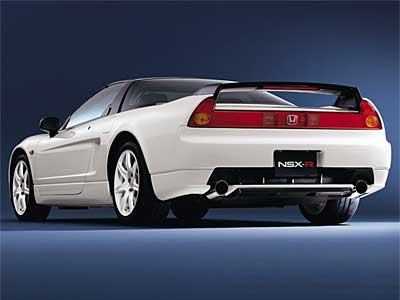 If the latter, I’m thinking of the evolution of the Pontiac GTO line, starting in 1968 with the “Judge” and running through 2006 (?) 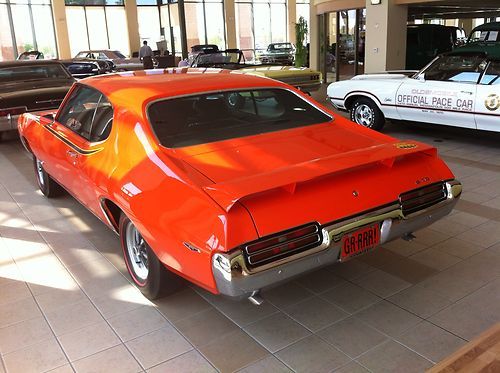 Or do you mean… 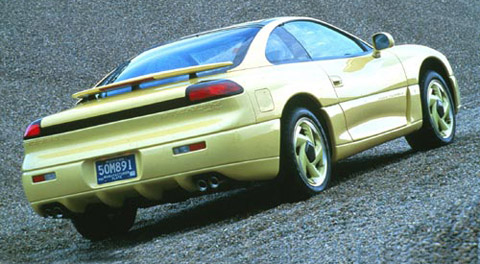 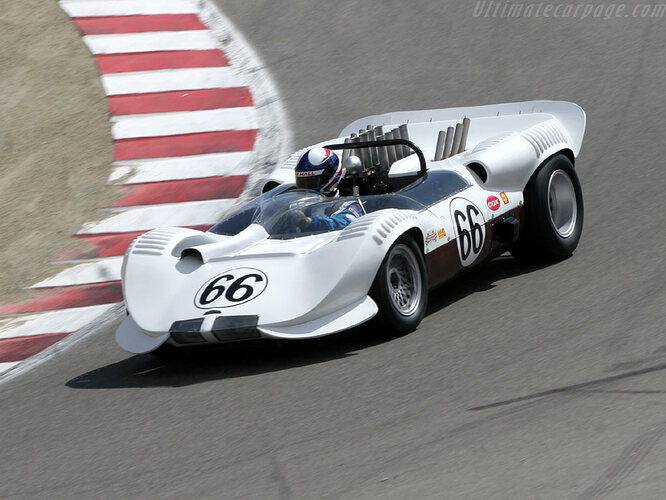 These cars inspired Lotus to build the Lotus 49 in 1968, popularizing wings:

The Superbird probably brought the look to street cars, it entered production in 1970.

Perhaps I wasn’t clear enough. What puzzles me are the bits of usualy grey plastic cladding on the very bottom of the cars.
Isn’t rear diffuser a clear enough term in English? Then please correct me.

Rear diffuser is correct. Your English is perfect.

In the racing world Colin Chapman pioneered use on his Lotus 78 - driven to the F1 championship win by Mario Andretti: 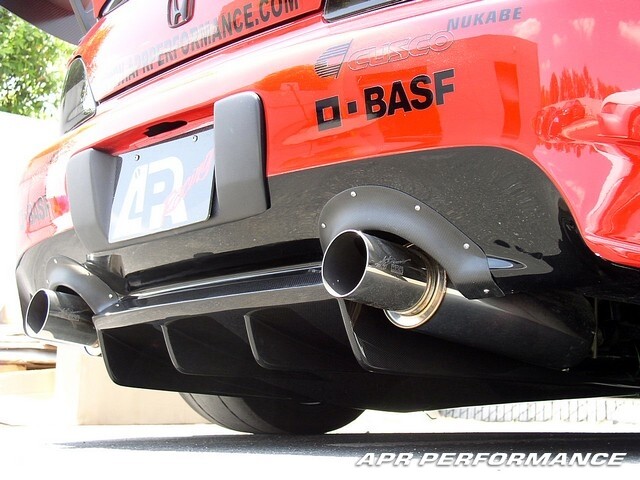 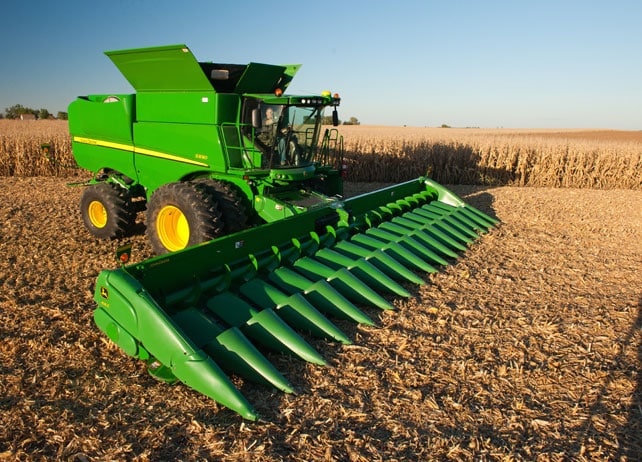 It’s funny how the fins have moved into a design trend when they’re really just for flow stabilization. The real functionality of the diffuser lies in the shape of the car’s underside.

At least an aesthetic spoiler still has some effect…

the rear diffuser comes from the same guys: Chaparral and Lotus. I think aesthetic ones that we see now, or the grey area that mimics it are probably inspired from mid-90’s touring cars. DTM and BTCC got world-wide attention via video games, the internet and video around that time.

The Stealth was based on the 3000GT/GTO which had all kinds of high tech bits at the time including Active Aero and 4 wheel steering.

There has been an aftermarket trend for diffusers for a while, much longer than any of the production cars have really had. I think it finally caught on in making things look “sporty” and became an OEM look, even though they functionally do nothing on most road cars.

The Jag XJ220 was one of the first road cars I can think of that had that kind of underbody work in the early 90’s.

It’s hard to say what the first “Production” (I’m reading that as cheap) usage is if you aren’t considering the Dodge mainstream. In most recent history I know the Subaru started doing the typical diffuser with the air straightener fins…The Evo had something similar with it’s shark fin rear window spoiler.

Here’s a good resource for the OP.

Mercedes Bionic (2005) Cd: 0.19 For most of the fifties, sixties and into the early seventies, automotive aerodynamicists were mostly non-existent, or hiding in their dust-collecting wind tunnels. The original […]

The back ends of cars have gotten much taller over the last two decades for a number of reasons including bumper impact regulations, aerodynamics, EU pedestrian impact standards and trunk packaging (you know how they always say x cubic feet of trunk space - sloping trunks radically reduce usable trunk volume). This lead to some pretty cliff like back ends in the early 2000s and the look of the rear diffuser came in handy to aesthetically break up the composition of the back end. You might also notice the tail lamps and logos also got a larger during this time. Take a look at a VW GTI or even the back end of some of the new Cadillacs, lots going on below the bumper line to add visual width and psychologically lower the car.

This lead to some pretty cliff like back ends in the early 2000s and the look of the rear diffuser came in handy to aesthetically break up the composition of the back end.

Thanks for this explanation yo, that’s actually a much better reason than I expected!

Still looking on a timeline concerning the rear diffuser or lower valance spoiler.

This is what I got so far: 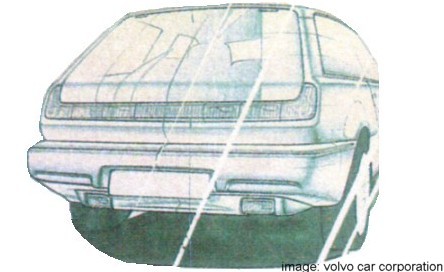 As you see the idea was there from the early conception stages. The inspiration at the time might have come
from a supercar, possibly the Ferrari Testarossa, which was quiet influential in aerodynamics and style:

But after that I am a little in the doldrums. The next mass market car I recognized was the Mazda 323F: 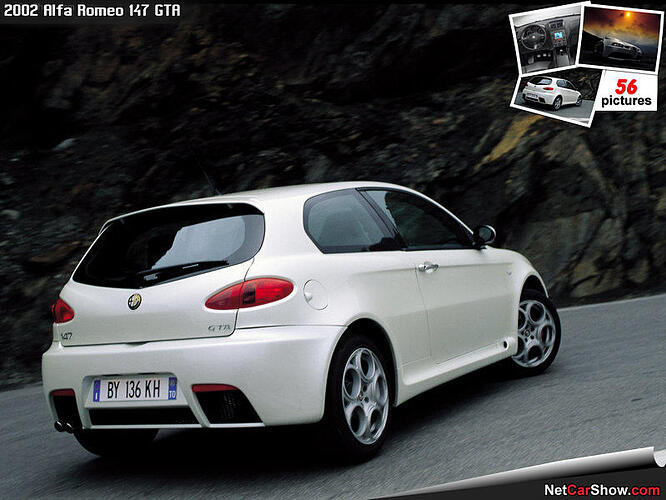 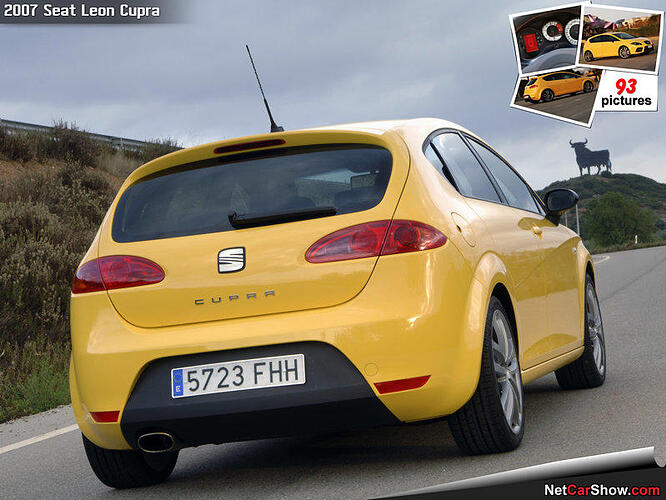 In my eyes the first compact car, that got all the elements together in the way we see it now. Could it
be that Seat really spun the ball into the big game? 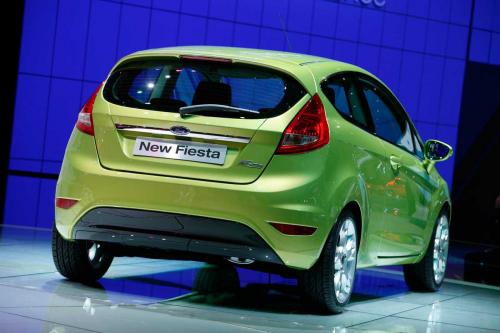 And after that the trend just went ballistic. Almost every new car has some variant of that rear diffuser on it
whilst 5 years ago it was a rare ornament for the sports versions.

Any hints or corrections in the time line? This misses any scientific depth. Writen just out of my perception.

Are you considering the D shaped color breakup on the back the diffuser? That’s more of just a color breakup trend than any kind of faux-aerodynamics.

I thought you were looking for ones that actually had the vertical strakes/air straighteners which is all the rage these days: 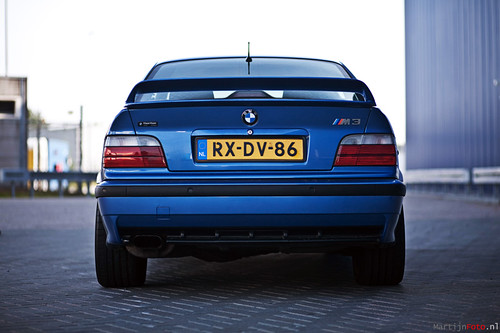 Ya, I’m not seeing diffuser in the reference pics, even the Testarossa. Just a some plastic bits.

Well, I think both themes are interwoven interpretations of the same idea. The idea that the “diffuser” has more
than stylistic value is questionable to me. The Testarossa had a functional underbody and air outlet.
Don’t see that in many mass production cars even today.

Look at the C6 Audi A6 Model range. 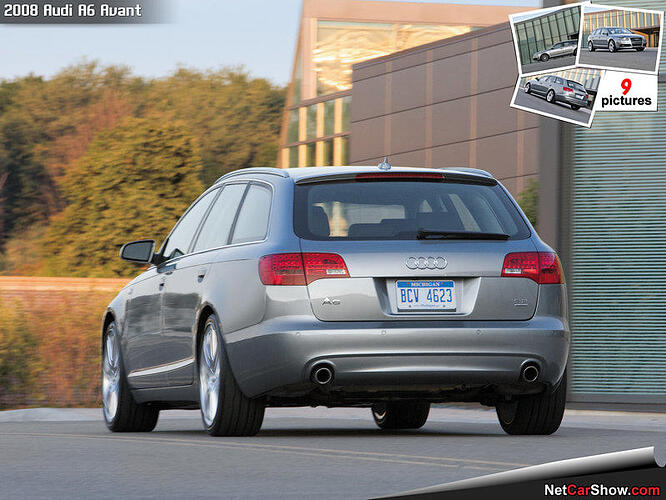 Somehow I doubt, that these “air straighteners” are more functional than the rest of the equipment.

And I see simular rankings at other manufacturers. Subaru Impreza : 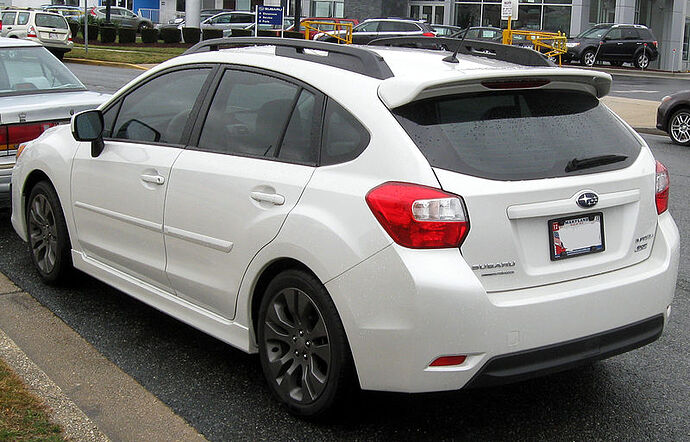 Thanks for the hint about the E36 M3. Should not have forgotten this. But is inline with other touring
cars of the era.

The real answer is: 99% of underbody aerodynamics are worthless when you don’t have a flat bottomed vehicle. They can do some little tricks that help - ex the Chevy Cruze “Eco” has some little flaps that help lower the CD, but they don’t do much other than make the car more slippery.

Only super cars (like the XJ220) can afford the fancy shrouding needed for real underbody aero. The other rationale is, most car’s won’t start experiencing any real lift until very high speeds, and on a car that’s limited to 120mph, there’s no real need.

So as pointed out, it has more to do with visual breakup of the bumper. The new C7 is visually much taller in person, and you can see how they used the color split to break up that big bulk of mass.