Sometimes when scrolling through the front page feed, I look at the article and go, huh? Does anyone actually vet these postings? Especially the “Firm Submitted” of “Reader Submitted”. The (under)paid contributors are usually pretty good.

Anyhow, today I saw this one and cannot for the life of me see or even determine where an air valve could be. It won’t sprinkle. 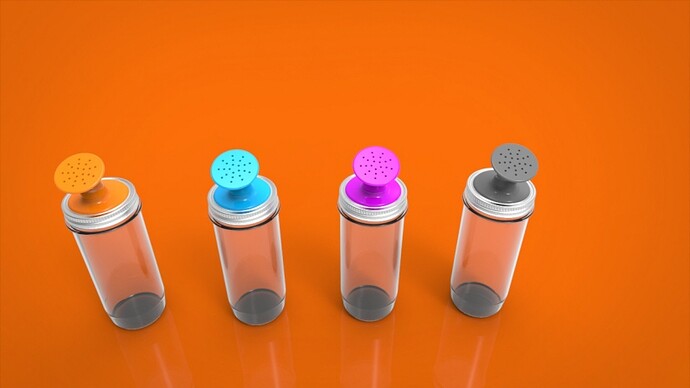 well, try putting these in your ear

They say that it is “Designed to use a fraction of the material of ordinary watering cans”. Surely molding 3 plastic parts and a rubber seal is less efficient that a single blown spout style can?

well, try putting these in your ear

How does this kind of stuff actually make it through a design firm?

I think these projects are just to look cool and get attention.

I think these projects are just to look cool and get attention.

I agree - or they are nothing more then a “pretty picture” firm or project that did not or does not know how to make the design actually function.

I think I’d pay $3k for such a basic concept. Then again, I have never worked as a consultant, so I tend to try to low-ball these quotes;)

I like this one though. The depth gauge thing is nice. A Student's Take on Designing an Electric Drill for Non-Professional Users - Core77

I like that seat. My only complaint would be the students need to either spend the extra 120 hours cleaning up the 3D print, or drop some cash on getting it machined or made by a pro model maker. Even on the small images, the build lines are apparent. The paint looks poorly masked off too. What a shame.

I was surprised they didn’t sand and fill that as well. Other than the usual student cheese ball copy, I thought the design was interesting.

I’m a bit offended by the red.

And what the heel does “breathable” mean?

I didn’t read the post, but I’m assuming the seat is breathable because it is made up of separate pads rather than one big cushion allowing air to flow around between the pads.

I’d guess those separate pads would cause pressure points making for an uncomfortable ride after 30 minutes.

They do have some sort of module under the seat. It could force air, but I can’t see any manifold system to direct the air.

You have enough surface area, I wouldn’t expect there to be real pressure points.

Actually you would be surprised at how little pressure and time it takes to create a wound. Reducing the heat and humidity, like they imply with their “breathable” seat would go a long way to alleviate any pressure points created by those pads. But until you pressure map the chair, I’ll hold further judgement.

If you are interested in surface guidelines, check out npuap.org. Good stuff. Their show is in Vegas this next year, maybe every year. It has been a while since I have gone. I am penciled in for next year’s show.