Me and my wife were riding along the coast in bicycle side by side. I have seen tandem bicycle, looks fun. I wonder if there is any bicycle that is side-side. I came across this one- looks fugly, though the concept of a couples ride sounds interesting.

Any other designs on this concept? 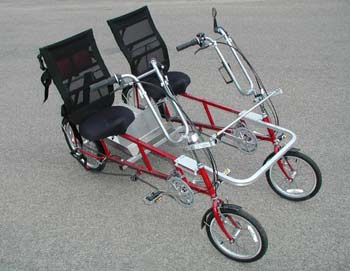 I have yet to see a well executed design for this type of bike. They mostly seemed to be aimed at ‘tourist’ applications. Best of luck on your trip!

Come on down to Pismo Beach. You can’t throw a flip-flop without hitting something with four wheels and dual, or even quad pedal sets. Usually accompanied with a fringed surrey top… . . .

Actually… DON’T come to Pismo Beach. There are already enough hazards-to-navigation on the streets.

There is always this thing. Saw it going down Woodward at the dream cruise. It had to be at least 7’ tall. 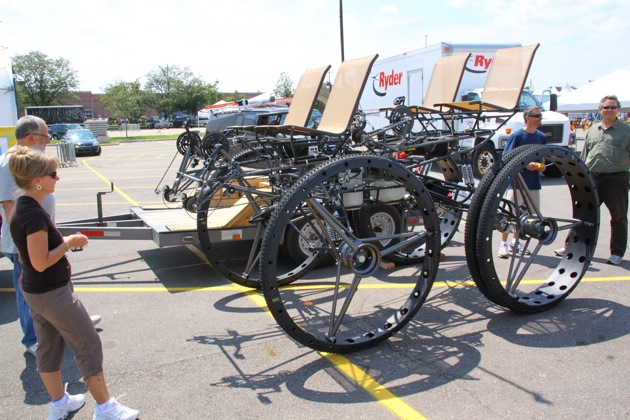 A side-by-side recumbent might be what you are seeking. They are not too common but they are out there. 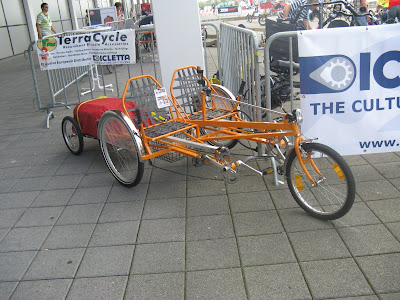 Maybe you can buy the Hennepin Crawler? It was featured in MAKE magazine a while back. These guys built it for Burning Man. You will need a couple of friends though . . . 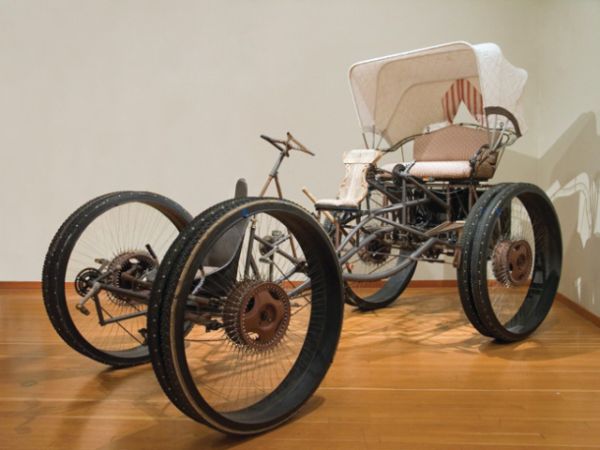 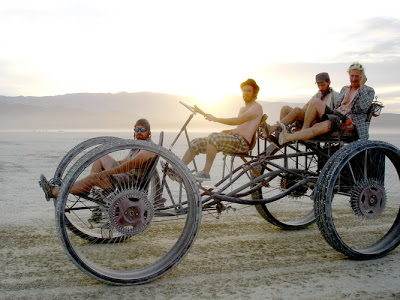