This was opened officially yesterday. The Adelaide City Council have opened an “Innovation Lab” in the Grote Street Library with two Makerbots and an UP printer, all free!! 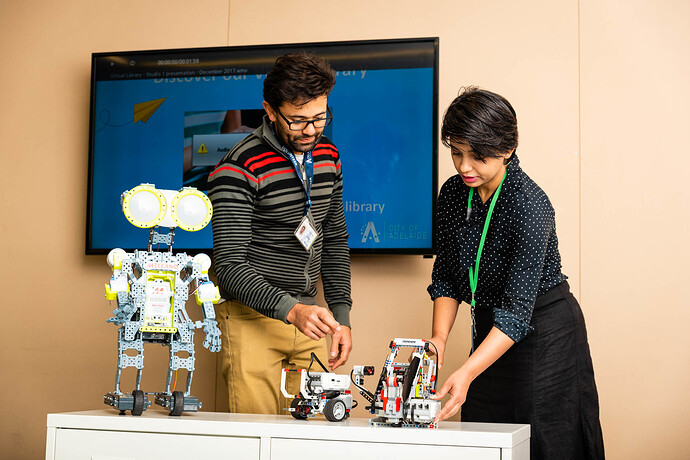 Learn more about the Adelaide City Libraries Innovation Lab, an all-inclusive space where people can see, touch and play with the latest technology.

First open to the public night is next Friday. This is from the councils press release:

Based on the already successful program at Fayetteville Free Library in New York, the new Innovation Lab provides a safe and accessible space where everyone in the community can interact, understand, develop and create through technology.

“Library staff and other expert technicians will be on hand to show people how to use the technology.

“Schools can come into the city and try out this technology, giving them a glimpse into what’s possible now through technology and where that might go in the future,” he said.

“There isn’t a facility like this that’s as accessible anywhere else in South Australia and it’s a free service so come and give it a try,” said Stephen.

There are plans for the program to evolve using a peer education model where advanced users can teach others what they have learnt, aligning with the Federal Government’s Digital Literacy Strategy.

“Libraries have always been places for people to try new technologies before they incorporate them into their own homes,” said Library Research and Digital Project Officer, Katherine Shaw.

“The Innovation Lab is a place where they can use this technology, which is usually only found in Universities and state-of-the-art organisations.”

The State Government is also opening a “Fab Lab” in Adelaide soon, with a publicly accessible laser cutter and a Roland Mill:

The best advertising in Adelaide

I’ll see you there Jaime…