I know many of you have probably been wondering what the heck happened to Kicksguide and the monthly design competitions. I wish I knew, but now there’s a new site set to take over the reigns! Projectbluefoot will be hosting a new monthly competition and it kicks off with the Air Jordan XXV. I can tell you there will be some nice surprises along the way, including prizes and a new guest judge each month who works in the industry providing feedback and helping to select the winner from the top 3 finalists. Sign up now and help get the word out and the buzz going! Hope to see you all there

I was truly bummed KG stopped updating, but this is a great opportunity. I think the new additions, prizes, guest judges, etc. are welcomed improvements. Good luck to everyone!

I will be there as a moderator of the forum…Anyway this is my Air Jordan XXV concept. 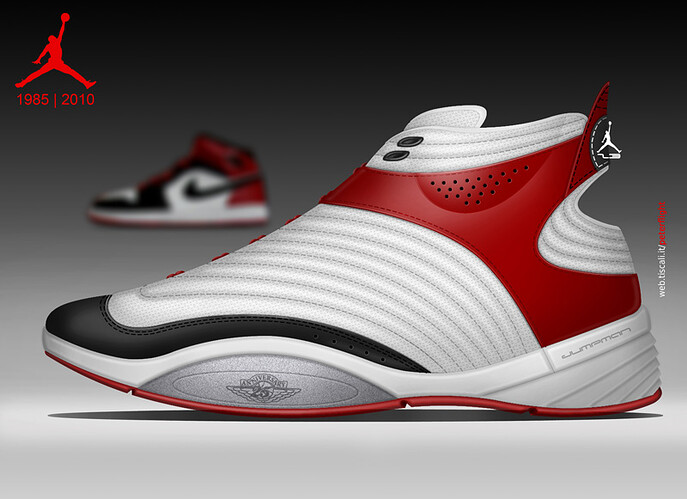 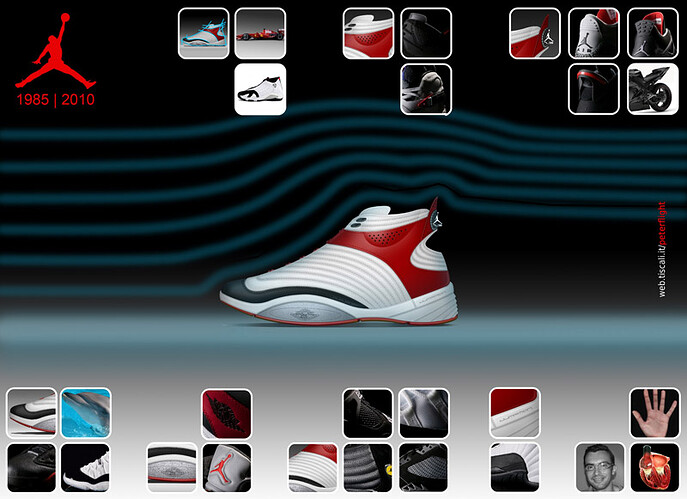 I’m the guy that runs http://projectbluefoot.com

We’ve gotten a ton of really positive response so far, especially as it appears KG has shut down. We’re trying to take our PBF:ID Competition to the next level, along with getting increased exposure for all design participants to get their work out to the world.

He will be one of the 3 judges critiquing your AJ XXV submissions and selecting the design winner.


ONLY 9 DAYS LEFT TO WORK ON YOUR DESIGNS!..

Hey Guys, Just FYI we have pushed the due date back the the 25th to give you some extra time. We now also have Jason Mayden on board judging the comp with D’Wayne and myself. It’s gonna be hot! So get those markers burnin’ and I’ll see y’all in a month!

Yeah, official AJ XXV deadline is now JULY 25TH, 2009. And both D’Wayne and Jason Mayden are judging the competition now, along with Tony. Official competition rules/judges/prizes posted below:

**This is it. Fill out the form below to enter your Air Jordan XXV design concept into the most competitive sneaker design competition on the planet. Your chance to be judged and critiqued by JORDAN BRAND designers D’Wayne Edwards and Jason Mayden awaits. Many will submit, one will win.

Do you have what it takes to become a legendary designer?

thanks to all the core guys that submitted. we finished up strong with a total of 110 Air Jordan Design Concepts sent in! public voting will begin as soon as the judges review the stack and select the top 10 (possibly 15) finalists…

Oooh , some pretty stuff to see on there I thought - well done folks!

Am excited and inspired to see what the coming months will throw up on PBF!

Looks like you might be carrying the Kicksology / kicksguide baton on with extra va va voom ! . . .possibly even breaking a few shoe designers of tomorrow too by the looks of it , dare I say!

The king is dead - long live the king !

I am extremely pleased to se that someone has picked up where kicksguide left off. the experience gained from these competitions is priceless. I like many others credit kicksguide (as well as this very forum) for opening the doors to the industry and kick-starting our careers. Project bluefoot seems vastly improved to what was at kicksguide. good luck to all of the future footwear designers.

Really appreciate all the kind words!

We’re definitely looking to take Project Bluefoot to the NEXT level for aspiring footwear designers. Each month will be tightly integrated with a different footwear company to provide professional feedback and critique for designers, as well as furnish finalist prizes and more importantly much greater public exposure for new designers. Much of what has been done in the past was fairly underground and underdeveloped. We’re looking to change that and get more aspiring designer’s names out there, and hopefully break more than a few of you into the industry. Working on some BIG plans for the future months ahead. Come check us out if you haven’t already!

REALLY strong turnout on this one. Many of those could have been finalists. Over 100 designs to select from, so it was tough.

Can’t wait to see what you guys come up with on the Nike Lebron theme for September!

The Project Bluefoot x Air Jordan Design Competition is now complete. Our 2 guest judges – Jason Mayden (Senior Designer at Jordan Brand) & D’Wayne Edwards, (Design Director at Jordan Brand) – graciously lent us their design eyes and ears over the past few months to review and critique our debut Project Bluefoot Footwear Design Competition highlighting an Air Jordan theme challenge. A mass came to play. Many challenged. One won. To get the official inside scoop on the finalist concepts and our Air Jordan winner, we now turn over the transmission to Jason Mayden & D’Wayne Edwards who have provided a detailed feedback review of each challenger and selected our ultimate Project Bluefoot Air Jordan Design winner: Tom Matic. READ THE COMPLETE DESIGN FEEDBACK BY JASON MAYDEN & D’WAYNE EDWARDS HERE: http://projectbluefoot.com/blog/2009/10/29/the-end-project-bluefoot-x-air-jordan-design-competition-finalist-feedback-and-winner-with-jason-mayden-and-dwayne-edwards/