Considering purchasing one of these. I am assuming I don’t need both. One question I have is can you model with nurbs in either of these? Would you want to? If you model your complex surfs in Rhino, and then take your model to one or the other to build solid parts, would you need this feature?

I have modeled a part in rhino that is watertight, and exported to Solidworks on a friend’s machine and noticed that one of the surfaces (a fillet) did not translate at all, or at least poorly anyway. An odd looking patch was left in its place.

Given this was a simple round blend fillet, and not an overly complex 2 rail sweep or anything.

i use Wildfire w/ ISDX II. dont think of ISDX as NURBs but guess it is. i’m Pro user for 8 yrs. i like Pro’s native surfacing (not NURBs). would rather build complex organic forms in pure surface modeler than ISDX. maybe new version will be nicer. just my opinion.

dont think SW has NURBs. others here can answer that.

not unusual for Rhino files to import sloppy. but thats just surface modeling. and tolerances. and luck it seems. i never have problems because of how i model in Maya/Studio. no patches so no gaps. and although Maya rounds go in pretty good. for real work i never put rounds and fillets on in surface modeler. Pro/E has awesome round tools. better control and no gaps. no brainer. do it in solids.

Pro/Wildfire Foundation is pretty cheap. includes Pro/E native surfacing. powerful stuff but not so easy for some. ISDX is for doing complex stuff simple and inside of Pro. not as nice as Rhino or Studio or Maya. and it costs extra. Foundation is maybe $4k. w/ ISDX add another $3k. best to contact reseller months before. ask questions. dont buy. when end-of-quarter/year comes they’ll call you with deals. planning ahead will save $$$.

SW is a mid range solid model all though u can do complex surfs like this:

Its technicaly NURBS but u dont get CV handles to play with like in rhino/Alias.

there is alot been talked about this i nthe past i sugguest u do a search in core77.

I was goin to model something o demo SWX, but I got an image from Paul Salvadors site http://www.zxys.com
Wolfman is correct. All CAD progs are nurbs modelers. The amount of control over the individual vertices is what differentiates certain programs. Thie is kind of moot because most class A modelers use curves to drive their surfaces any way. As soon as you mess with the vertices of a surface, it loses its design history.

If you buy Solidworks I would recommend ditching Rhino. I used Rhino exclusively until I was pulled kicking and screaming into Solidworks. Once I started using the prog though, I realized that it has most of the capabilities of Rhino except for individual CV/edit-point controls.

Price-wise SWX is a better alternative to Wild-Fire although Wild fire edges out SWX in surface quality and capability. SWX is probably a better buy though in my opinion 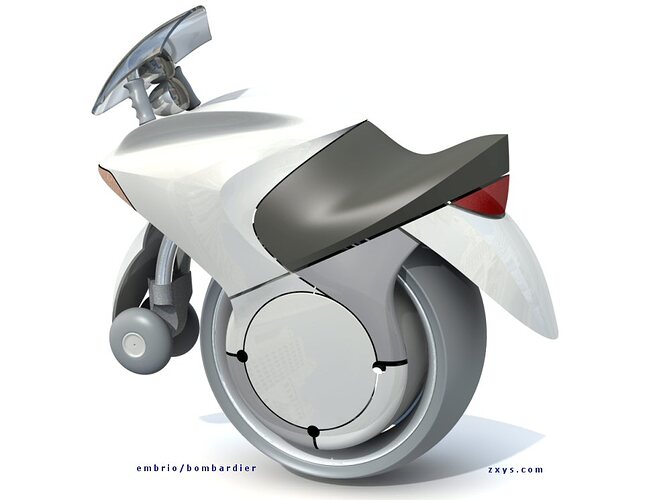 i have no clue what SW is costing now. what’s it cost?

this has to be wrong: http://www.capinc.com/solidworksorder.pdf

maintenance on Maya and Pro make me think add another package. Maya 5 Unlimited maintenance too high. dont need 6. maintenance for Pro ends 2005. money saved could go to another app. expand client base. and one big client already uses SW with Pro. so looking at SW. but $4k is more than expected. thought it was under $3k now.

anyone confirm? maybe someone got better deal? how much?

That price is correct. What is the current pricing on Wildfire?

ISDX add on was $3000. but i still dont use it for complex surfacing. still too CDRS-like. hoping next version better.

Yeesh- I hadnt realized the pricing of Wildfire was that low!