What is the prospects of product interface design?? If yuo know Design of Everyday things by Donald A. Norman, you know what i’m talking about. Although very specialised, I’m starting to think product interface design is quite a neglected field. Not that there’s no emphasis, but with all the buzz on the web, it almost seems dead.

Of whatever limited exposure I have, I realise design firms put in so much more effort on form/aesthetics rather than interfaces. Even books like that of Donald A. Norman is a rarity. I strongly believe in the importance of inetrface design and I’ll love to be proven wrong.

Do you know any relevent stuff to this issue? Pls contribute

There really is no reason to worry about how a product works if it looks nice.


does anyone know the tags for sarcasm?

I agree that product aesthetics are important, but it is not everything - if not well supported by functionality and ease of use, it will be just as useless as the whistle kettle.

I believe aesthetics just need to pass a minimum threshold of appeal and pleasantness, any more effort beyond that will not be appreciated or even noticed by the consumer. It’s all about relevence. Of course, this is arguable depending on what you’re designing. It’s definitely not applicatble for fashionable products and the emotive audience.

But that aside, let’s return to our main topic of discussion - Product Interface Design (aka. ease of use).

I have come across another 2 books on interface that seems interesting. Have anynoe been through these? What is your trake on this?

I’m looking for like minded designers. Do drop me an email.

I haven’t had the time to go through some of the latest literature but the state of UI design has me somewhat ashamed to say that most of these products are “designed” let alone well-designed.

My biggest disappointment is with button interfaces the current crop of mobile phones. It’s like none of did the homework in school. Buttons are all flat and hardly distinguished from each other. The little “knobs” that are supposed to determine power, answer and the 5 button are so small as to be useless to the visually impaired. How many of you “visual” designers even thought that the most important communication tool for blind people is an audio device like the phone? A backlit key does not cut it. It’s absolutely horrible design. Pretty? Sometimes, but functional… no way. And those responsible know who you are.

The same goes for opening flip phones. They are all so flush at the seam that it requires two hands and a lot of focus just to get them open. I’ve seen people struggle only to have the call go to voicemail. Ever try to do this with a briefcase, parcel, keys, or any other stuff in one hand. Once again… stupid design!

This is what happens when fashion takes over from utility. I’m not saying that functional design must be less pretty, but I think a little more effort is in order.

I’m not going to rant this time.

For the most part, the interface problems I find in products are pretty obvious. I went to an IDSA conference last year where some interface designer showed a picture of a cel and said that 60% of users could not match the function displayed on the screen with the correct button on the keypad. The correct button was located some distance from the screen icon, and there appeared three buttons in close enough proximity to be the correct button.

The designer next to me and I chuckled and said, “uh, it’s because the button doesn’t relate to the screen”.

The interface designer got paid serious dough to tell the cel company that bit. Maybe I am in the wrong design profession?

HAS NOTHING TO DO WITH RULES. BUT THE PRINCIPLES OF UNIVERSAL DESIGN CAN BE IMPLEMENTED AT VARIABLE EXTENT ON CONSUMER PRODUCTS AS WELL. MY OPINION IS THAT PRODUCT INTERFACE CANNOT BE A FIELD OF EXPERTIES BUT RATHER THEY CAN FORM AN INFORMAL FRAMEWORK OF CRITERIA FOR THE DESIGN OF ALL PRODUCTS THAT SURROUND US.

Lesson in universal design: it is easier to read text which utilizes capital and lower case letters correctly.

I agree that interface design will rarely be an expertise. But, there will be people who specialize in it, or who are just better at it. Just like there are designers who have developed the ability to understand manufacturing techniques to a higher degree, or ones who make all their sketches look like works of art.

The interface designer got paid serious dough to tell the cel company that bit. Maybe I am in the wrong design profession?

You are. We need more converts from Industrial to Interaction Design.

This is going to be a huge growth area–you can already see that big corporations are evenly splitting their UI and ID groups. The problem is that the UI groups are terribly inconsistant by comparison due to the newness of the field.

And while I love Donald Norman, remember, he’s a cog-scientist, not a designer. At the end of the day, you need more than analysis, you need synthesis. Finding a good mix of the two is really hard to come by, and in my experience, good Industrial Designers tend to make the best Interaction Designers.

What may not be clear in my previous rant is that these interfaces are all created by designers.

It’s pretty obvious when an UI is created by an engineer - you end up with a look I call the “HP Way” after the old HP instruments division. You can still the effect on many Agilent products. But when a designer or a design team come up with the useless flat buttons on the new bling phones, you know they aren’t thinking at all of the devices’ functionality.

I’m guessing that some of those designers are on this board. I can understand to some degree if it was pressure from above to design for fashion. But if it started at the design stage… tsk. Come on, fess up.

Oh man, I love this topic! I am an IDer who is realizing more and more that I am really an interface designer.

What may not be clear in my previous rant is that these interfaces are all created by designers.

It’s pretty obvious when an UI is created by an engineer - you end up with a look I call the “HP Way” after the old HP instruments division. You can still the effect on many Agilent products. But when a designer or a design team come up with the useless flat buttons on the new bling phones, you know they aren’t thinking at all of the devices’ functionality.

I’m guessing that some of those designers are on this board. I can understand to some degree if it was pressure from above to design for fashion. But if it started at the design stage… tsk. Come on, fess up.

I KNOW you’re not dissin’ my bwoy!

The bitter truth is that the designers give the carriers what they want.
Bling sells, usability doesn’t. That said, there are some minimum standards and quite a bit of research that goes into keypads, earcups etc. But you also have to deal with the overall dimensions of the phone (on a flip phone that means flush keys–if you were to say, recess them, then the phone would have to grow by that much.)

While it would be great to have a phone on the market our parents could use, the carriers know that the demographic makes them very little money. Older consumers are less likely to use moneymaking features like SMS or downloadable ringtones for instance. Inexcusable but true. If you want a phone like that, you need to start by complaining to the carriers!

PS: My mom asked me about the Razr, I told her she’d hate it.

Is that your baby? Too bad might my visually impaired friend wouldn’t be able to use it, never mind appreciate it’s aesthetic. Beautiful though.

Of course the carriers pay the bills. It was a rhetorical question on my part. But it is gracious of you to say so anyway.

My point is that tactile keys do not necessarily mean a change in depth but a change in current thinking.

Having the buttons touch edge to edge makes each button impossible to distinguishable by feel. Not just the Razr but just about all of the thicker clamshells.

Take a look at the LG FasTap. Imagine that the only working buttons were the alpha keys. They really don’t have to be that tall, as they are easily distiguishable because of the space between each one. For the Razr, a similar negative space could been put between the keys… 0.025" would have been enough. What’s that, the thickness of the outer surface of the keys?

In fact, why have the outer surface at all? You’re not trying to make the thing water proof so just use the actual polycarbonate surface of the membrane switch bumps that are underneath. You could probably lose another .050" or so by molding the case such that the interior surface is the membrane switch.

It might be interesting to get OEM guts from one of the big fabs and put it inside custom case mods… just like PC modders.

Is that your baby?

Nope, but I gotta stand up for my buddies that did

The Razr does have negative space between the keys–actually a raised elastomeric that makes the keys very easy to distiguish by feel. Your sight-impaired friend would probably love its tactility.

That said, it’s not the phone I’d recommend to my mother.

The Razr does have negative space between the keys–actually a raised elastomeric that makes the keys very easy to distiguish by feel. Your sight-impaired friend would probably love its tactility.

It certainly is beautiful… and the engineering to flatten it admirable. Shoot, I would get one if they were available for my carrier.

I’m hoping that when the english edition of Le Monde Diplomatique’s february issue comes out that they translate the great article they had on the cel industry. It’s by a professor Dan Schiller. He runs down the business side problems of the telecoms and the user problems.

11% of subscribers in a recent investigation had major irregularities on their bills. Bills are graphic design, errors that go unnoticed are a design problem (or maybe they are supposed to go unnoticed?).

In 2002, 60% of subscribers had complained at least one time to customer service.

These aren’t design issues, but significant problems with the telecoms. From what I understand, the networks have improved alot int he last 3-4 years, but their level of customer service has remained at low levels. This is due to lack of regulation and the desire to recoupe money after unwise investments.

As cg laments, we will need to wait for the providers to change before designers will be allowed to create universal products. 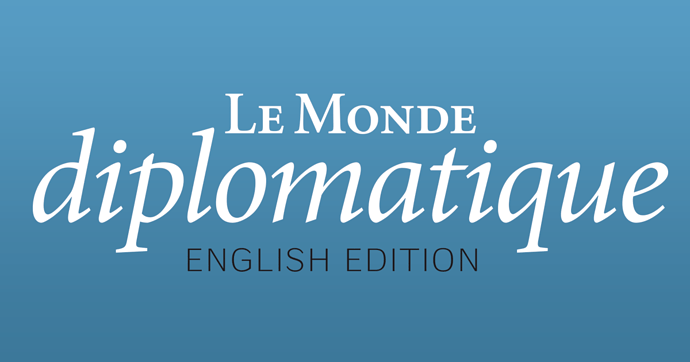