Process sketches..... do they matter?

I know that it may have been talked about before, but does the quality of process sketches really matter, when you can do a really good final rendering or great styling/function ideation sketches?

What I have is a series of doodles and sketch models that show me coming up with an idea for a product’s mechanism, and then a couple of diagrams done neatly in Photoshop and a final render to show the visualization of it.

I have a deadline for my project and I really want to show the doodles and rough sketch models, I have to prove that I came up with the concept myself.

The question is, should I refine all doodles and sketch models to such a stage that they should be as good as final renders? I mean, these doodles and models look like a bored schoolkid’s back-of-the class antics

Let us see them and we can give you a better answer. My thought are whatever shows your process, but it still is a good idea to have nice legible sketches.

If you are wondering about it, then you might already know the answer. Can’t hurt to spend an hour or two polishing some overlays of how it works…

This is one mine from a recent project to show construction. 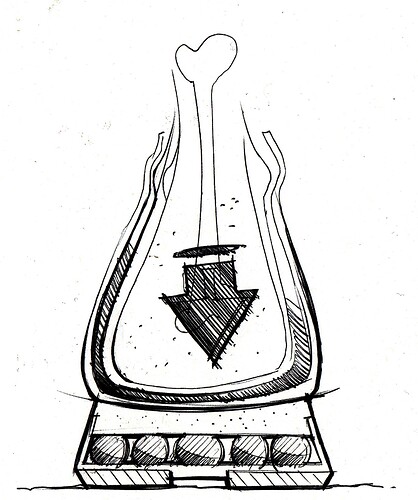 Do they need to be render quality? Absolutely not.

Should they be able to make some kind of sense - definately.

Remember when presenting a project it doesn’t hurt to go back in after and clean up or rework some of your process sketches. This helps illustrate your thought process better to a potential employer or person reviewing your work, even if the initial idea was chicken scratch.

Righty, ye be the judges for this:

*this is not the mechanism in question, but its from the same project, its all process sketches and sketch models - you’ll meed to zoom in on some. 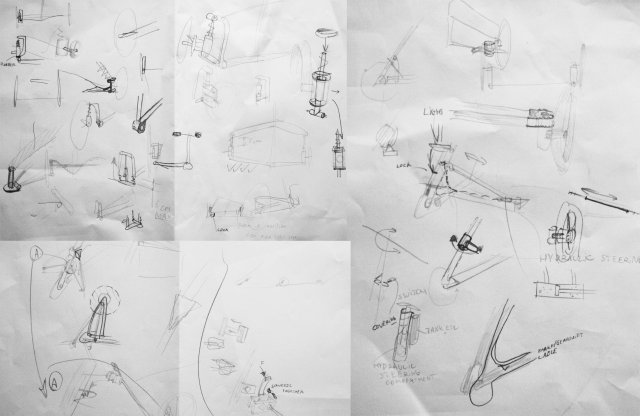 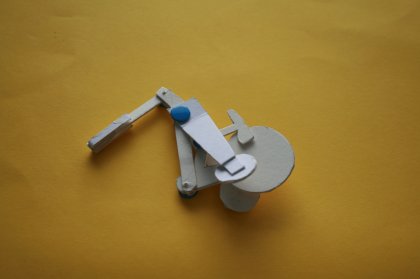 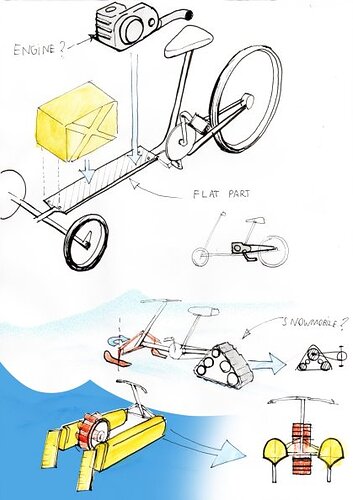 I’d re sketch them.

I agree with that they should probably be re-sketched. I have attached some that are similar to what you are showing. These are not what I would really consider a sketch, more of me getting some thought on paper and thinking out a problem. I then take these thoughts and translate them into more well thought out sketches. This was from an insulin pump design for teenage kids. I was working through the form and how the internal components were going to fit and also how the clip would work. You will find when you start working that these will be the kind of sketches that will be on a white board or a flip chart. 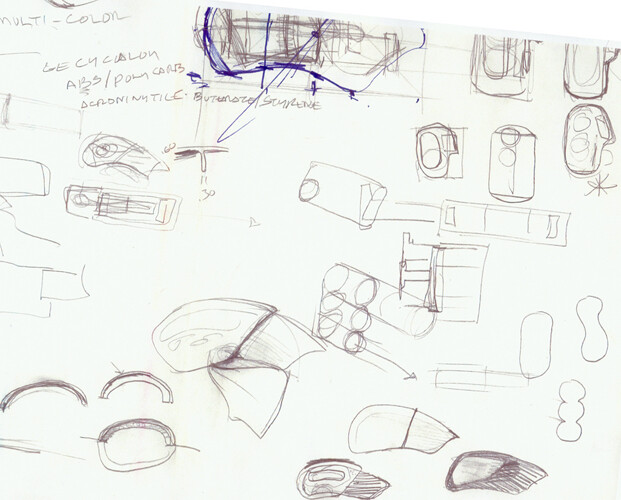 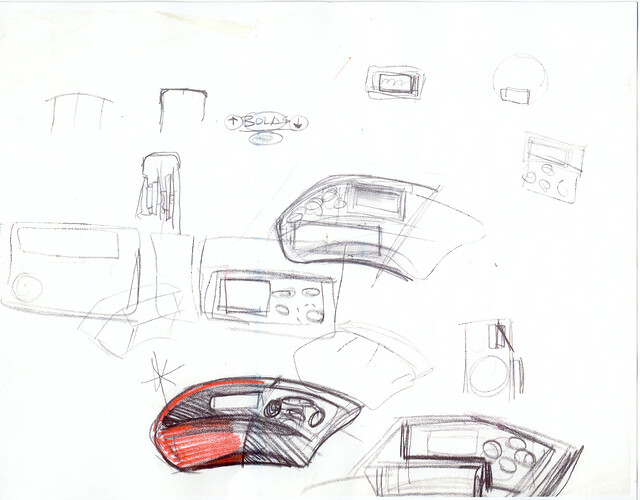 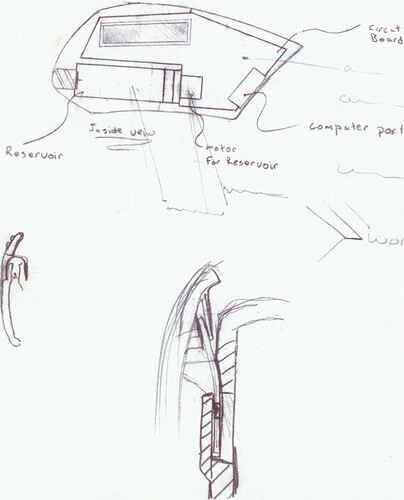 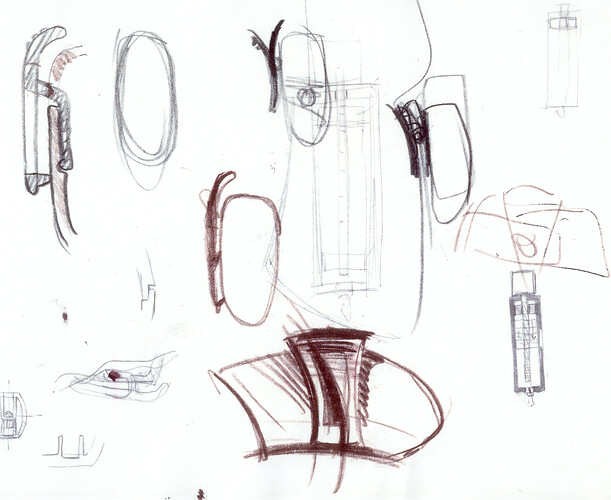 Thanks for your help, but should I keep the sketch models and the bit for “getting the thoughts out on paper” bit, as you said?

Also, please show me something that is really good. I need a certain benchmark to work towards. 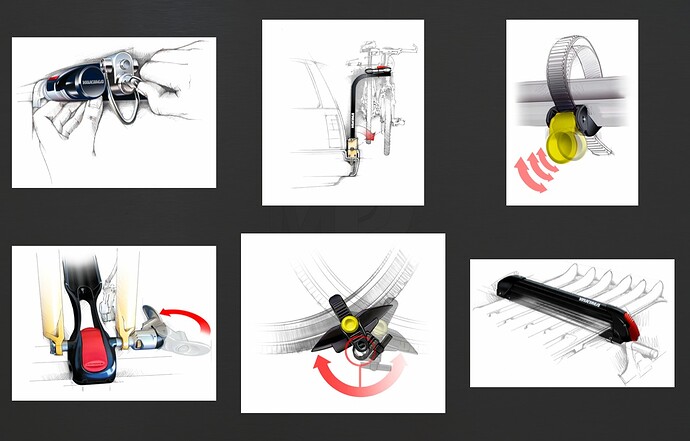 These are some sketches that came from those “thoughts on paper”. I also included one from a salt and pepper project. You will notice that these are influenced by those doodles and I created an informative sketch about the inter workings of the product. 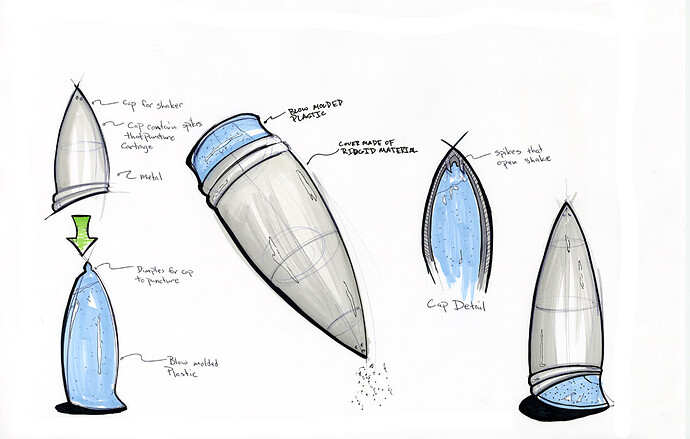 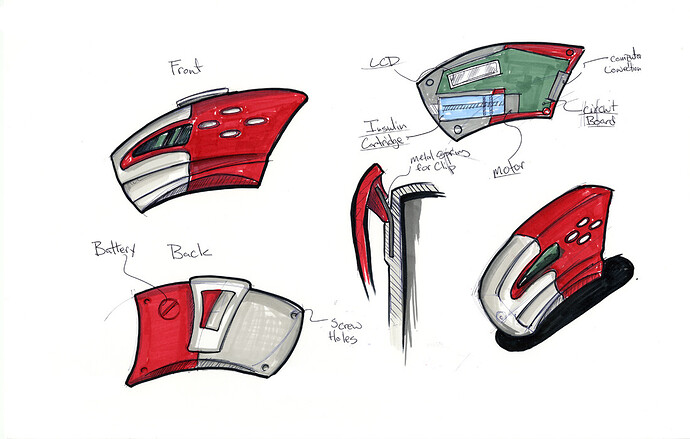 After posting those images I also thought of another angle you could go at it as well. I did a lot of detailed mold type drawings in college. these were to explain the concept around how I felt a part should be made or should work. They are meant to show it in a more mechanical way, something that would make more sense to the engineers. I don’t see this done much anymore but this might help you. 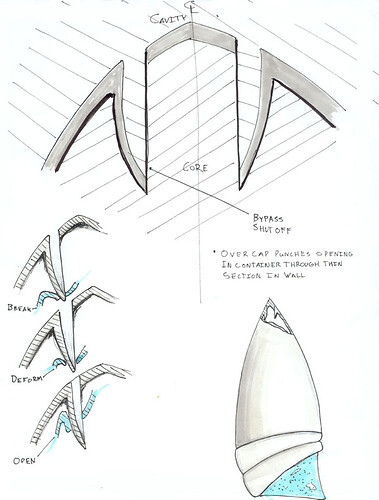 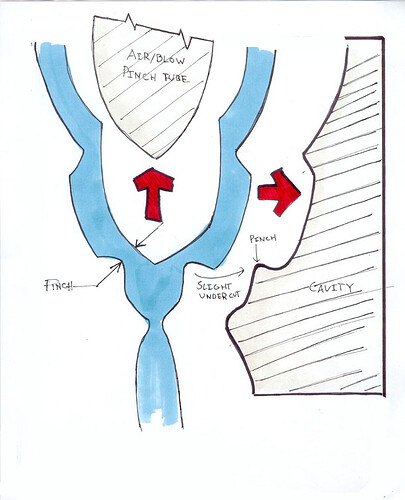 there’s doodles, then there are sketches. I believe that doodles should be kept to yourself (like the ones you posted), but a cleaned up version can go to the client or in your portfolio.

the difference isn’t all that great but a doodle is more for you and a sketch is more communicative, is the way I’d put it.

Trying to upload a few examples, but the files aren’t uploading… will look into it and see if I can post something more tomorrow.

Thanks for posting the difference, all I actually have at the moment are the doodles.

Package ID: great to see the mold drawings, I actually haven’t thought about them. For this purpose, I used “airdough” models, cut them up and photographed. I also have a habit of doing quick sketch models, as shown in my previous post. I often find that people understand them easier, especially if they want something that folds or moves. However, is this method acceptable or should I aim to sketch everything I do in the project?

I think it’s GREAT that you make a habit of doing sketch models, I would make sure you take good pictures of them and if they involve movement, show it in you presentation via multiple frames or video for face to face interviews (or web based portfolio). I would expect that you have doodles leading to sketch models, but most of the sketch models may not accurately depict what you want the final to look like and this is where a nice sketch can help bridge the gap between understanding the basic idea/function (of the sketch model) and your intended execution of the idea.

I’ve been mucking about with pastels for a while, I’ve found that they are quite quick and produce the following result: 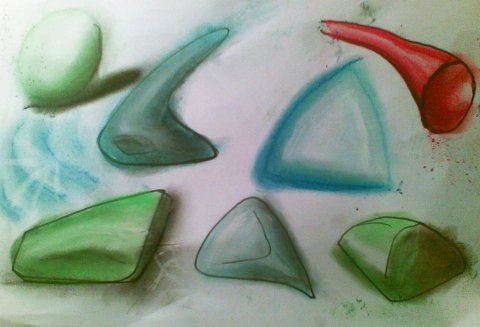 The question: is this style and standard acceptable for process illustration?

About 15 years ago. That was the style I taught myself in school, the marker and pastel work. I doubt you’d get away with using it now, it’s messy, you need to use fixative, lots of cleanup work. The same effect can be achieved digitally without getting dust on your designer black shirt.
You’ll get a better look with just pencil, pen, and marker.

Here are some problems that I am facing:

I have no money for markers, I’m on strict budget right now. Cleanup work is no problem, because I can use a combination of putty rubber/chalk and some photoshop post-processing. I use hairspray as a fixative, how I get it is a totally different story, but I can get it for free

I can’t spend too much time on Photoshop, my eyes burn out quickly, even when I’m wearing glasses.

Having said this, am I doomed?

You don’t need anything fancy to create a great sketch. Pick up a pen and go. Thats it. Don’t over think it, when you do that is when it starts to look stiff.

What about those process sketches?! What you showed us are not what you were asking about. Do some of those and post them up so we can let you know if you are on the right track.