I’m trying to improve my sketching ability. This is mainly just for myself, being able to quickly record ideas from my head more accurately for future reference.

I’ve had some success with reading up about how perspective works, and although I don’t always follow the rules, I at least understand them to a degree. I would like to be able to do the same when shading surfaces. I tend to just use pencil, or hatch with a pen, as I’m colorblind and don’t like to complicate the process any further.

Could anyone recommend any online tutorials, or even books on the basics of shading and the principles at play when using an imaginary light source?

Just trying to get pointed in the right direction.

There’s really no right or wrong way of doing it. Well there is a wrong but there’s many rights.
Good that you’ve got the perspective part nailed. You can’t cheat there.
There’s some excellent tutorials here:

But when it comes to shading or rendering you can be a little artistic and don’t follow any rule. Create your own style of shading.
I’d suggest you also look for some inspiration in this coroflot-group:

Thanks for that link. The shadow tutorial is great.

I can attest to there being a wrong way, because it’s how I do it! Hah. My shapes never end up looking right. Things that are supposed to be convex end up looking concave, and vice versa. Among other problems. I’m fine when drawing from real life, but as soon as I have to imagine a light source, things don’t turn out so well.

They are fairly expensive, but I found this series of DVDs very useful when I was first learning perspective rendering. It stays in the realm of black and white, and I think it explains the basic rules of rendering very clearly. Scott Robertson also uses a mix of mediums. As far as I can recall he uses markers, pencils and pastels. There are three DVDs in the series and I own the first two. 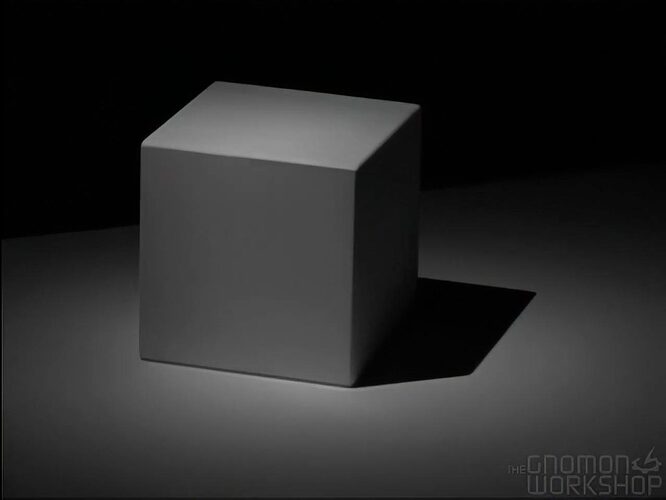 How to Render Matte Surfaces 1 | The Gnomon Workshop

On this first of three titles in the Matte Surface rendering series, Scott shares with you the shading techniques he has been teaching for over a decade. Scott covers the necessary tools and materials, explaining how to use them. Next he explains and... 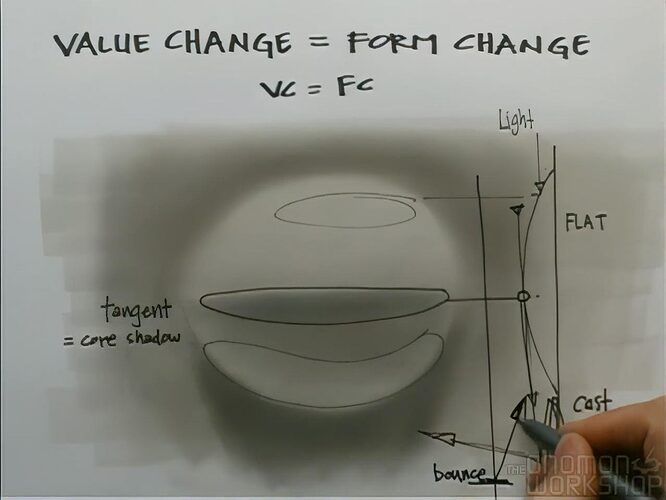 How To Render Matte Surfaces 2 | The Gnomon Workshop

On this second of three titles in the Matte Surface rendering series, Scott shares with you the round geoform shading techniques he has been teaching for over a decade. He explains and demonstrates the basics of how our brains interpret round forms...

I concur. Scott Robertson’s videos on shading and shadows are THE BEST. I bought books on the concept of shading, lighting, shadows, etc, such as Dick Powell’s, and other books but in my opinion, nothing compares to watching a person doing it and narrating it step by step (not to mention, you can replay it as many times until you “get it”.). I would get all 3 dvd’s if you can. Go to Gnomon Workshop’s site. They are a great investment in your design future! Think of it as an educational expense.

“Design and rendering techniques” has a really nice explanation of light and shadow on various materials.

That is a good book too. I have it. You can get that online really inexpensive these days, as it’s an older book, but the principles still apply today.

I actually saw that Design and Rendering Techniques book at the library the other day. I think I’m going to go back tonight and look it up. I also discovered that my old Uni has copies of the Scott Roberston dvds, so I may give them a watch next time I’m in town and see if I want to buy a set for my self.

Back to the sketchbook I go!

Yes, Scott is simply an amazing talent. But I have to admit, I am kinda peeved that he didn’t follow through on some of the promises he made in his previous videos that he would come out with subsequent videos, such as how to render shiny surfaces. I believe he hasn’t come out with new stuff for ID rendering in over 5 years!

But he also has an awesome digital rendering video for using PHotoshop, which is awesome: Techniques of Scott Robertson 6: Industrial Design Rendering - Bicycle. I recommend this video if you need to brush up on a presentation style rendering.

Good luck to you!!

That video us great fir learning about reflections.

True. He does go into it lightly, but not enough.

Learn from what you see…

That’s all I can add

I am kinda peeved that he didn’t follow through on some of the promises he made in his previous videos that he would come out with subsequent videos, such as how to render shiny surfaces. I believe he hasn’t come out with new stuff for ID rendering in over 5 years!

That might be because of piracy issues. Almost not worth is these days!