plz do help me out with this mess

looking forward for ur replies 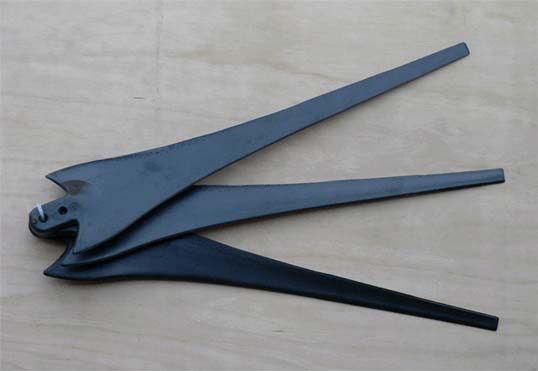 maybe the blades are mounted on the hub at an angle as opposed to flat, like they are in the pic…that would work.

Well, i’m still confused… It might help if you show us this diagram you’re talking about. And whatever it is these blades are supposed to be mounted on. Good luck!

this is airfoil diagram

the pt is the orientation of blades is such that air hits the face, and not the sides

in short… how does air flow on this blade

Airfoils are used on wings to achieve lift. The shape of the airfoil does this by creating a slower-moving pocket of air along the top edge. (Airfoils are “sucked” into the air, not “pushed” by air along the bottom as many people suspect.)

Fan/turbine blades have a very different purpose: they are meant to transfer the direction of wind energy 90-degrees from the face of the blade to the axle. You don’t need an airfoil shape to do this–you can use flat blades (as with your typical fan, or old-fashioned windmill.)

In terms of wind turbines, I’m not too hot with blade design, propeller or otherwise, but I would surmise that as the wind hits the blade it pushes against it. The shape of the blade causes that pushing force to be turned into a lateral force, driving the propeller around it’s central axis.

It’s kind of the reverse of a propeller, which transfers lateral force (the propeller swinging through the air) into linear force (it pushes the air backwards at a faster rate).

I styled a wind turbine once and was intrigued about the way they actually surfaced the sculptural blades, so I asked their surfacing guy who did it. Apparently. the professionals have air-flow programs that will spit out almost blade sectional views that are then smoothly transitioned down the length in CAD. They have the airfoil design mentioned earlier, but the width and degree of airfoil changes down the length of the blade - just as it does on a propeller of a prop-plane. They blades themselves also have rotor pitch motors in the center hub of the three blades that adjust the individual blades even further. Even more interesting, they often build the blades in Brazil as single pieces and ship them into TX, where you would see them on the roads headed to the assembly spots… they so incredibly huge!

So doing precise calculations seems difficult for your project, but I bet you could find books on how to roughly shape a universal turbine blade, and build in some kind of mechanism to adjust the blade angle to find the optimum angle. Or you could copy one, or work with a pro blade guy…

The pic below is a nice simple design from Enercon in Germany. You can see the blade profile and the rotor swivel. The other picture shows the taipering that happens. 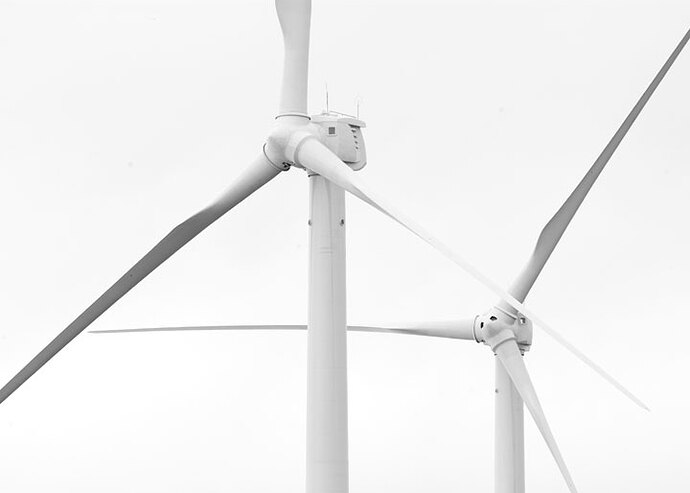 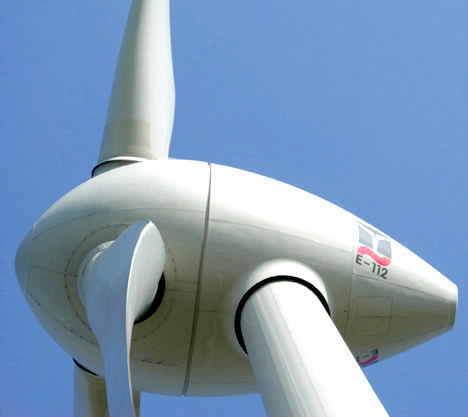 Depending on your project and how efficient it needs to be on the first go, simply extruding an airfoil shape and mounting it at an angle to the axis of rotation should provide at least enough for a proof of concept. I’ve seen it done for a student project, and if what I remember from my aerodynamics reading it should be ok. Tapering it would also probably be beneficial, although harder to calculate. Adding some wash-out would improve it further, but then that would make the whole thing a lot harder than a Hershey bar foil.

Wash out is either aerodynamic or structural; structurally, you use the same airfoil but change it’s AoA (angle of attack) or aerodynamically, where you actually change the airfoil along the width of the wing (in this case, blade). It’s used to change the lift distribution along the lifting surface; i.e. less lift at the tips, where the structure is weakest and thinnest.