I thought I’d share this tale here. It started in 2007 with the best of intentions but sometimes things just don’t work out. This project had all the right elements, financed by someone high up at Apple, the engineering team was seasoned and design savvy, an ex GM 3d modeler, me as a the lead designer and a solid idea of taking inspiration from the Porsche 356 and re-envisioning it with todays materials and techniques… but somethings weren’t meant to be. After selecting the final design, doing the first pass at exterior modeling and getting very far on the mechanical engineering of the chassis and drivetrain, the plug was pulled.

This work is from 2007/2008. It needed more refinement but we were onto something. The concept was to take the gesture of early pre 356 Porsches and distill it into a modern vehicle, shorter, lighter, and more nimble than a contemporary Porsche Boxster. It would have been a fun one to build but something good did come out of it. The same engineering team went on to work with Jonathan Ward at Icon and they took me with them resulting in a 7+ year relationship spanning more than a dozen built projects! Silver linings. 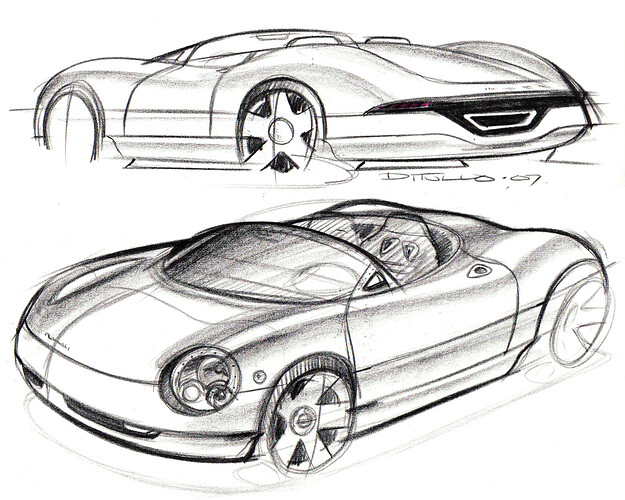 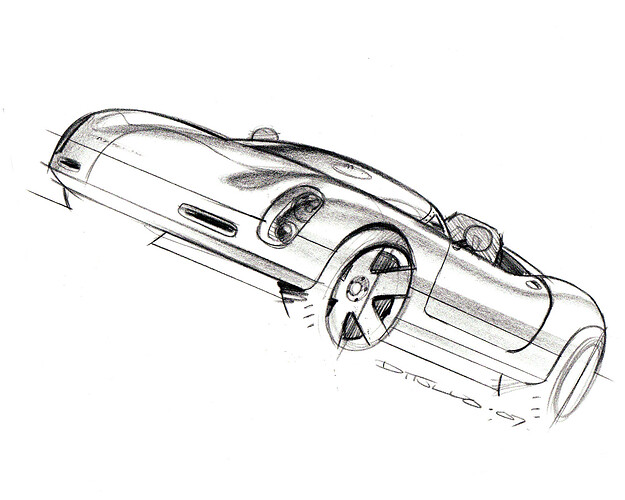 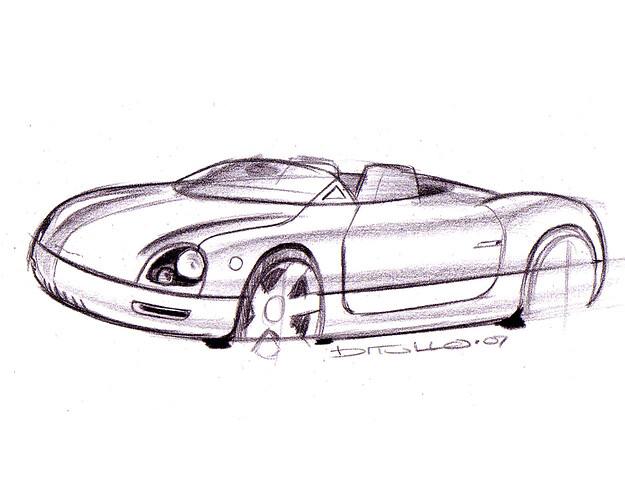 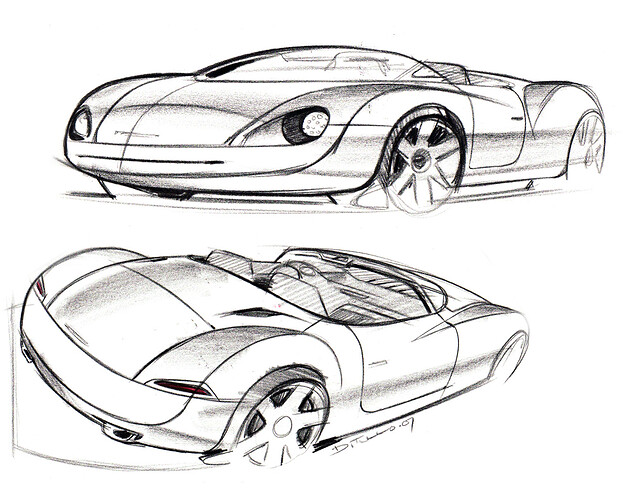 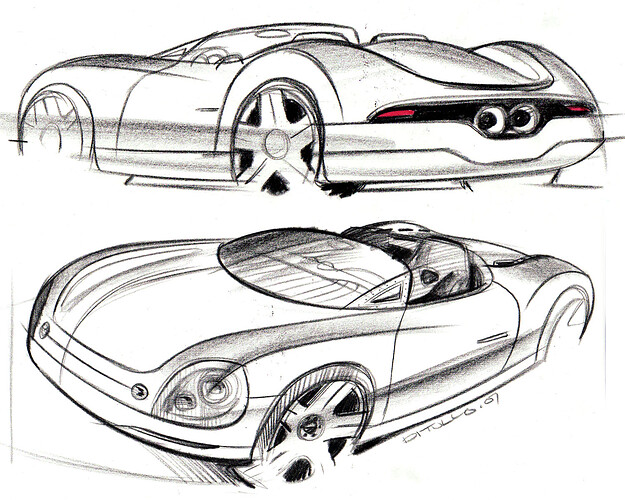 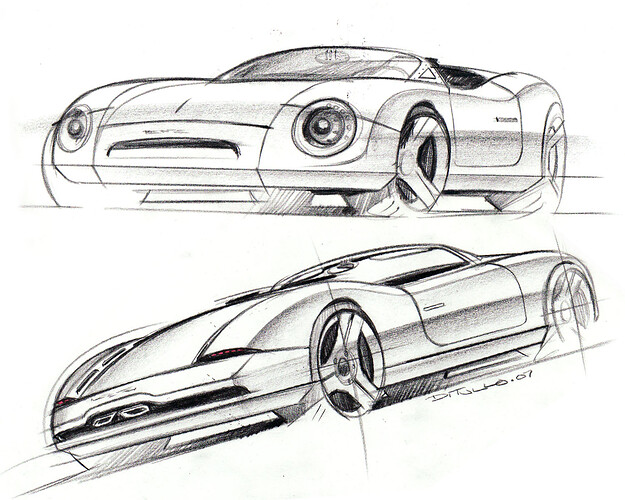 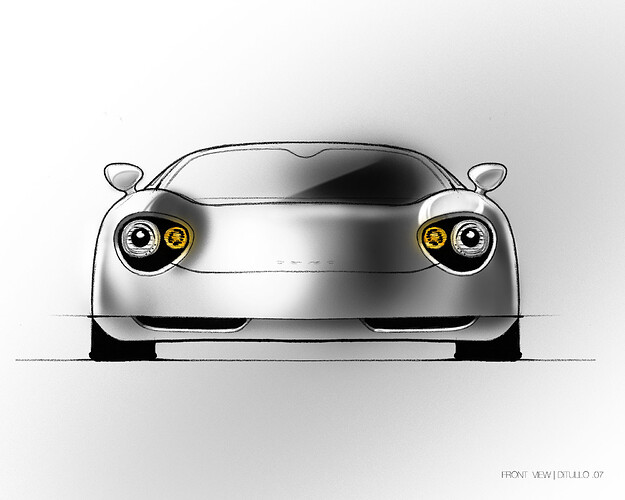 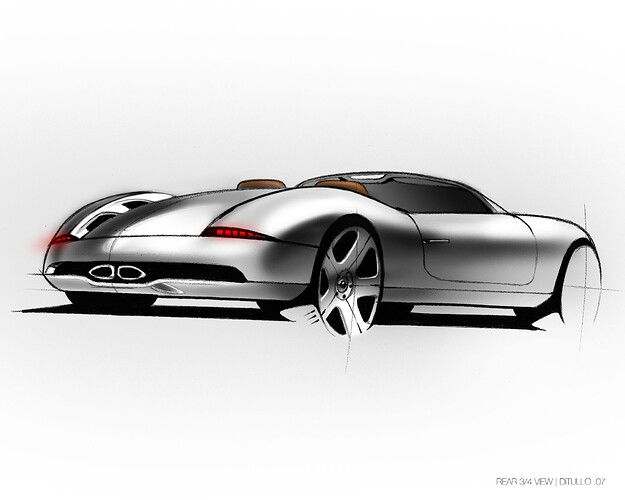 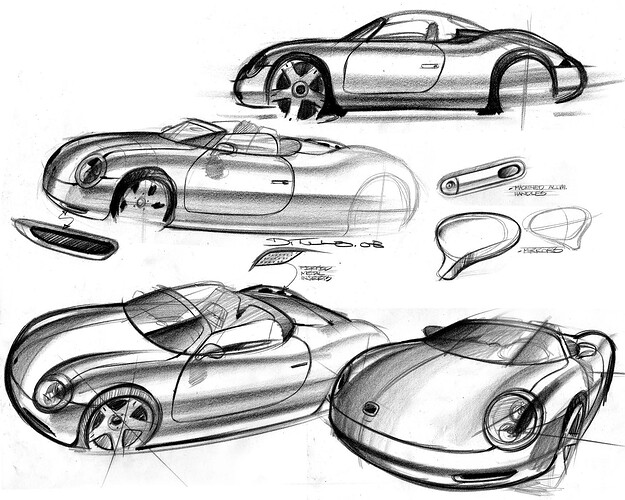 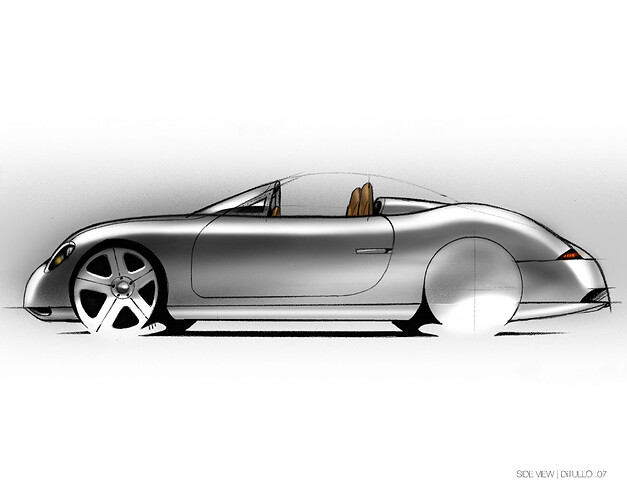 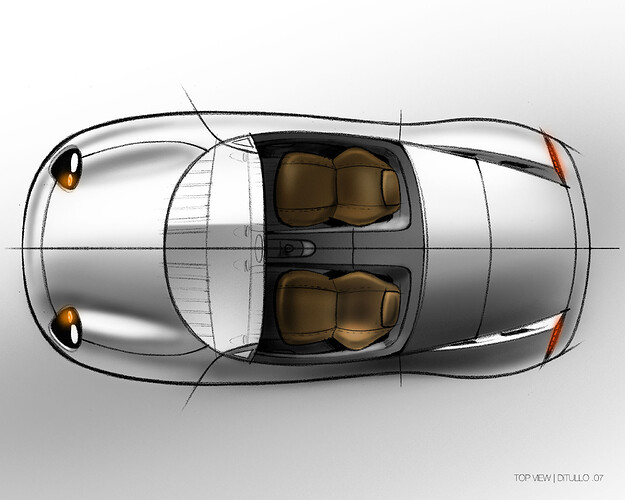 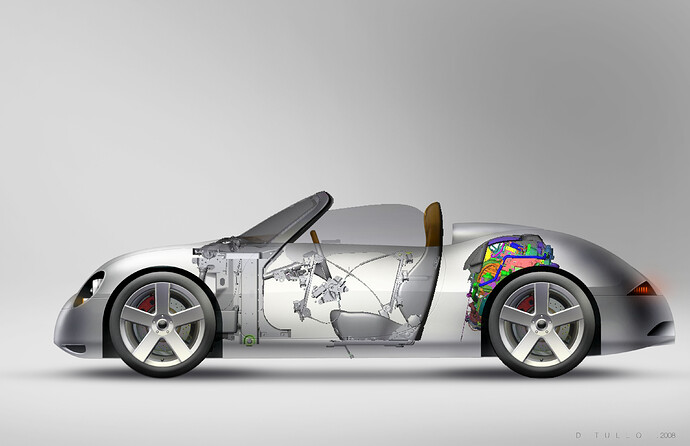 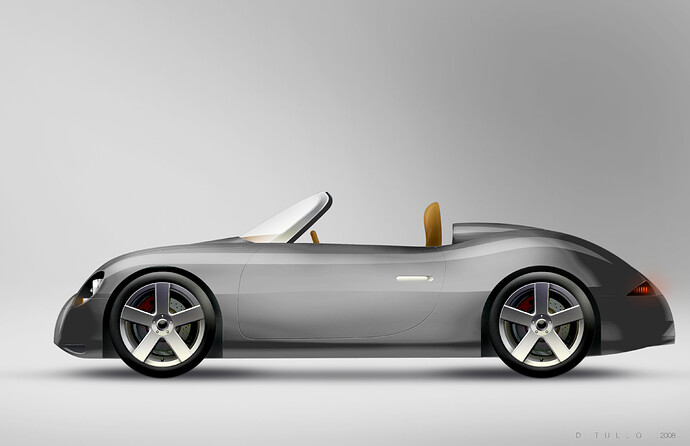 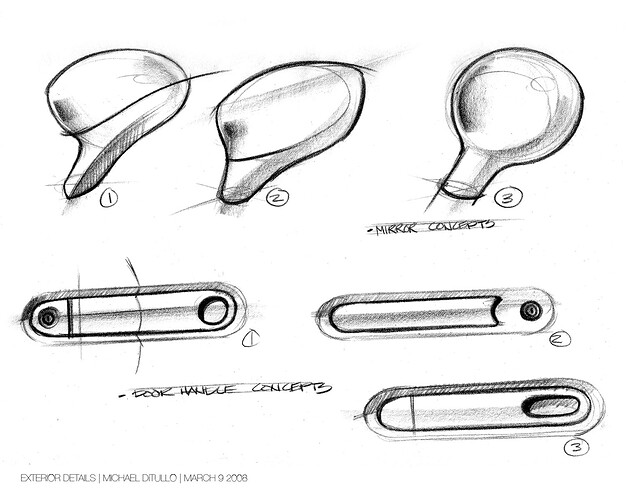 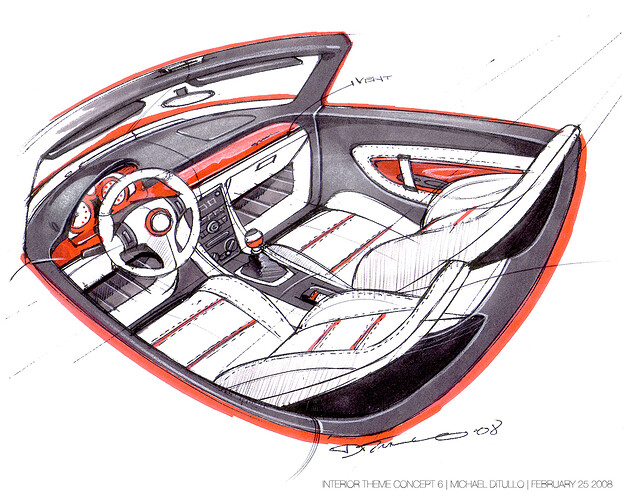 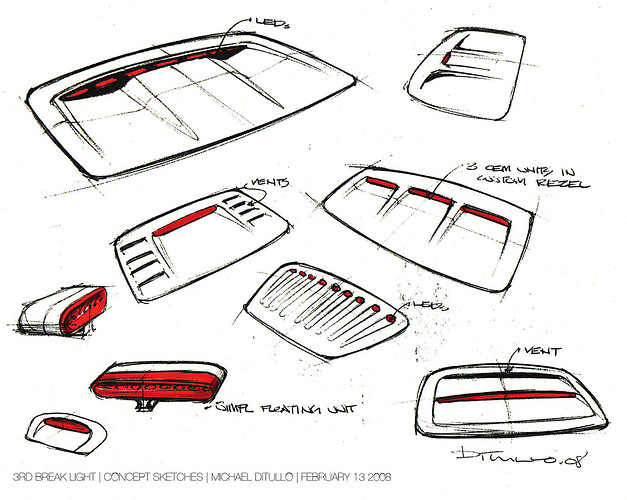 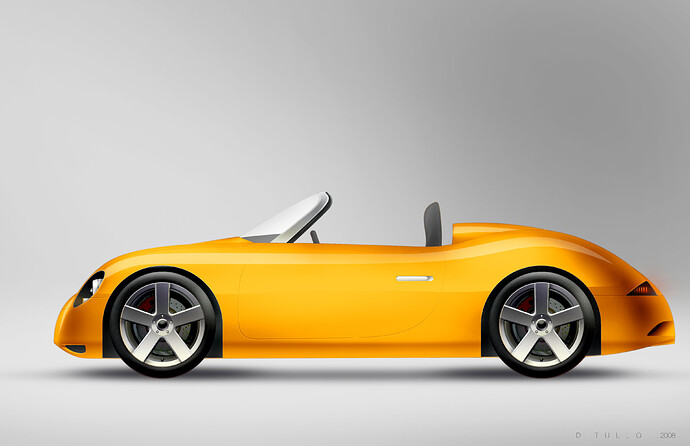 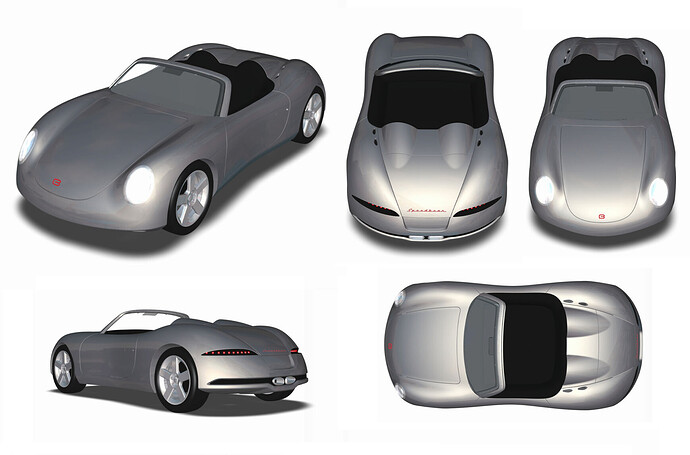 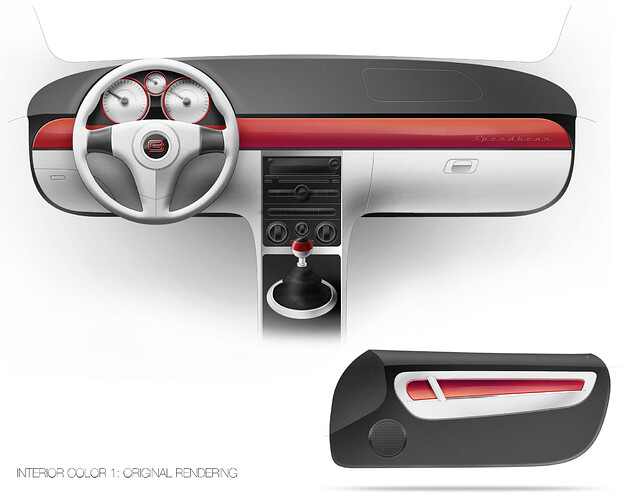 That’s a kick ass project, yo. Was the interior ‘inspired’ by the 356 as well?

thanks Slippy. I appreciate that. Of course when I look at it I hate it, I wish I could do it all o ver again, but that is how it is.

Yes, the interior had 356 beginnings. Here is an earlier sketch and you can see the 356 and 550 interiors in the corner of the board. I love the brutal simplicity of the 550 interior. 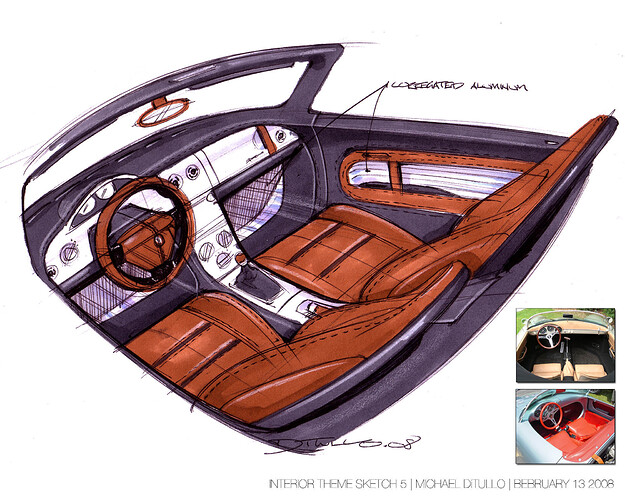 Were there no versions with a roof? Only cabriolet style?

There was a removable hardtop but nothing like the single curve of the original coupe. The client was a smokey focused on the cabrio.

This is a really interesting ‘little’ project! Great sketches as always!

Let me know if I should start a new topic so I don’t hijack your thread, BUT:

How do you decide when it’s ok to share a project like this? With any project, there’s always a bunch of work that ends up getting shelved… This case may be a little different as you stated in your original post, but a project that gets canned for a corporate/consulting position. Is that something you’d be comfortable sharing in a portfolio or is that typically a ‘no-no’ that crosses some business ethics boundaries?

And it looks like I see two faces on this car, one wide eyed personality and another sneaky face.