Has this ever happened to you?

Most people I’ve told this to have had the same reaction (maybe not the incredulous of my wife to the same extent). I admit: I HAVE NEVER HEARD THAT SONG BEFORE.

In my defense, I’ve never heard it on 80’s radio, or seen it on a MTV “Best of the Eighties” night, or seen it listed on a Time-Life “Remember the Eighties” 20 CD collection, or heard anyone hum it to themselves ever.


Anyone else willing to own up to the shame of any pop-cultural ignorance?

I’ve never heard it either…

I never heard that song
*
Will look up, if it was in the charts back then…
*
But, well I kind of hated the eighties, even when it was the eighties
and consequently dressed as a hippie…

Edit: “kitchen at the parties” was a No. 16 "hit in the U.K. and didn’t list in
other European charts. So, go - tell your wife she should stop living in the past…

Nope, didn’t know that song ether.
However it reminded me a lot of the old Swedish Syntizer -Trekkie band S.P.O.C.K. 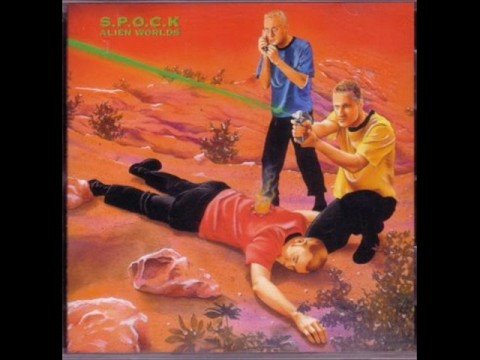 Listend a little bit to them in the 90ties, what I call my Casio phase.
Nostalgia alert!

Never heard of it either. Probably didn’t even chart in the US though.

Things that I know nothing about: 2 1/2 men. Never watched it. Castle & The Mentalist: I don’t think I’ve ever seen more commercials for TV shows that no one seems to watch.

There is a slew of songs that I don’t know or didn’t know. Like all those songs used in iPod commercials. As I said to my gf recently, “I listen to a lot of old music, don’t I?” She keeps telling me the 1970’s are over.

Having said that, my gf never saw Star Wars…weirdo.

Having said that, my gf never saw Star Wars…weirdo.

I love Castle! Give it a chance - it’s well written, funny, and it’s got Nathan Fillion! There’s a new episode on tonight and I can’t wait

I’ve never seen any of the Jurassic park movies.

I’ve never seen any of the Jurassic park movies

Never seen is much better than never heard of.

I think ive got one to top them all.
I have never seen “Law and Order”… any of them.

Law & Order is great when you have a crap job and nothing better to do. I haven’t seen it in years.