This question came out of a discussion over the weekend about sustainability, and a designer’s role in improving it. One interesting take on this is that the best way to design for sustainability is to make products that don’t get thrown out or replaced. A product only becomes part of the waste stream when the user feels it’s no longer useful, or that something else is better.

To that end, here’s a little informal poll:

1. What product have you owned the longest?

A couple of qualifiers:

3. Why have you hung onto it for so long, while other things have fallen by the wayside?

Discussion on whether this is even a worthwhile question might be fun too.

It looked pretty good except for the wood print on the top and sides, the screen housing, and button area where great looking right up until the last time I used it, when it ended up at the salvation army. Never once had a problem with the TV.

I’ve also had my SEGA Genisis since it came out… (not sure when that was)
Skitchin’ and Road Rash II still work great!

1. What product have you owned the longest?

I think it has to be my Yamaha A592 Amp (I can’t believe I remembered the product number off the top of my head…must of stuck in my mind for this very reason.)

2. How long have you owned it?

3. Why have you hung onto it for so long, while other things have fallen by the wayside?

it just works, the volume control feels meaty, it was slightly future proof, being able to take a 6 channel input, the remote rules, nice and simple.

Hm … due to me having moved around a lot (at least once a year) during the last 5 years not many products have actually stayed with me. I would always make sure, though, my SONY compact stereo had space in my car : D

It’s about 9 years old and still looks like I bought it last summer. Back then many stereos were black, and silver ones were hard to come by or expensive. I also love how intuitive the interface is. I don’t think I’ve ever had to check the manual! It’s also very sturdy thinking of all the times I packed and unpacked it.

I did not purchase this myself, it was given to me (new) by my father when I went off to school in 1969. I still use it.

3. Why have you hung onto it for so long, while other things have fallen by the wayside?
It’s totally made out of steel, has a replaceable wick (cotton), replaceable flints, replaceable fuel, and it’s repaired by the factory for life, for free.

It’s been repaired twice (hinge), is beat to f**k, works perfectly, and the number of times it’s been lost, and found, I can’t remember.

So what’s with this restriction hitch? I would think the ultimate in sustainablility would be “hand-me-downs”.

I still have the Zippo lighter, that my father carried all through Europe during World War II, and IT works perfectly.

Looking around I find I replace most of my stuff… one thing I almost never replace are picture frames. I have a few frames with shots of my family from the mid 90’s.

A casio watch “Baby G” I got when I was 14, makes it 10 years old. I wear it practiacally every single day for the last 10 years. I just don’t see the need to replace it.

The other is my stationary pouch which I’ve carried since around the same time too. The stationaries inside replaces itself since they are dispensible items, but the pouch gets washed and washed and still as strong as ever. Things I put in it range from pens to scissors to screw drivers and mini pliers. I was once stopped at the airport because I forget to put it in my check-in lagguage.

Both of these items receive daily extreme bashing. I’m proud of them.

So what’s with this restriction hitch? I would think the ultimate in sustainablility would be “hand-me-downs”.

That’s certainly true, and a very good point. I excluded hand-me-downs mostly for reasons of practicality.

One of the recurring reasons for long-lived products is emotional attachment, and it’s fair to ask how do you design products that lend themselves to that sort of relationship with their owners. A hand-me-down comes “pre-loaded” with emotional significance, though, so often times it will be kept around, and occasionally used, for no other reason than it belonged to Dearly Departed Uncle So-and-so. That’s not something you can really design for (other than to make it durable enough to get to that point).

So I excluded hand-me-downs because I think they might be less instructive examples for good product design than something obtained by the current owner:

“This katana has been in our family for 650 years. Therefore, please design products like this katana…”

3- Absolutely none better, not even the new digital ones. 1200’s have been #1 and completely unrivaled for pro dj’s since 1979 as far as playing vinyl goes.

I’ve always liked turntable covers, something about hiding/showing the workings, watching the rpm indicators, the torsion hinges holding it any position, it’s like a theatrical mini-curtain raising whenever you load an LP. It’s replacements, tape and cd doors, just don’t have the same class.

I still use my student acquired drafting table in my ‘high-tech’ office. A couple years ago I cleaned it up, resurfaced it and topped it with a slab of acrylic. Instead of taped down paper, pencils and templates it now holds an LCD, tablet and a 200 pen rotary holder. Not bad for 23 years old!

Funny thing about turntables – they still look so damn modern even when the design is 25+ years old. Technics in particular.

Does this indicate a lack of innovation in the turntable design field? Or just the mark of a really timeless design?

Instead of taped down paper, pencils and templates it now holds an LCD, tablet and a 200 pen rotary holder.

Poetic justice; a drafting table, with a CAD station on it …

can you show us a pic of these decade year old puppies? /// oops I saw it on the first page…nevermind…sweet sweet music

Its my 1980.s Fisher Price Airplane Propeller that clicks when pulled along toy…
one of my first…still in use baby!

Um…what exactly is it still in use as? Oddly or otherwise…

Um…what exactly is it still in use as? Oddly or otherwise…

My future generations…my baby brother, nephew, and nieces…I say oddly because it has lasted so long without breaking and is way out of style for a toy…just goes to show you simple is better sometimes… 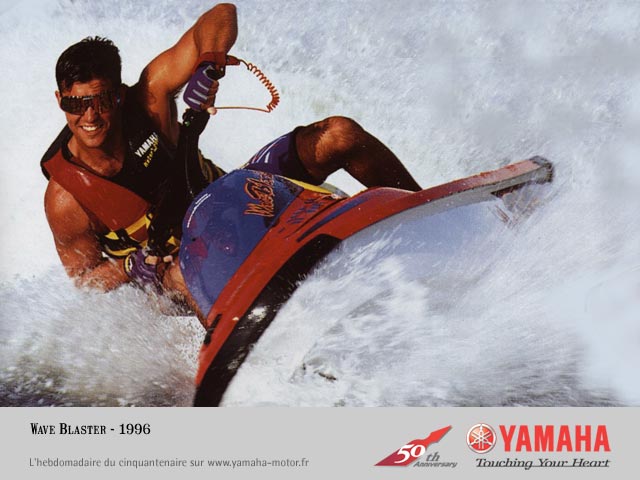 1994 Yamaha Waveblaster. I will never sell it. In fact, I am restoring an old one. The PWC market has decided to make “boats” not “personal” watercraft.

Watercraft of the the in 1993. So much fun and challenge to ride! Use it almost every weekend.