I’ve taken part in a number of police ride-alongs recently as part of user research for my product design class. Nowadays, police officers have tons of great gadgets - direct links to the FBI’s CJIS database, laptops connected to thermal cameras, portable night vision. But what I’ve noticed is that as helpful as these tools are to the job (and they definitely are!), they cause a serious multitasking problem.

Every police officer I’ve driven with so far has at one point been typing on their laptop while driving with their knees!

The officers know that that practice isn’t safe, but they also say they need to strike a balance between information awareness and being constantly on patrol (instead of pulling over every time they need to type something in).

Is there a solution to be found?

I agree that there may be a better solution. I would like to point out though that using the in car computers while driving is not allowed by many police agencies, and the officers you observed were probably disregarding safety policies/regulations. I have a friend who is a State Trooper and he has mentioned that regulations state that the in car laptops should be closed while driving, and the radio used for info/updates.

If you want to see multitasking at its best check out fighter pilots and cockpits. Fighter pilots have to process more info than almost anyone and the cockpits are set up to facilitate that with heads up displays (HUD’s) and input devices in the most usable/intuitive places.

One thing i noticed from the photo on Core 77 is that the computer screen looks flimsy compared to military grade applications. The military grade screens are touch sensitive, even in cold weather, and in vehicle interiors that are rarely warm in winter. I’m not sure what they’re using in the squad cars, but it seems like this should not be a problem in a police car with a working heater. And with a detachable screen that can be taken indoors overnight, it seems even more unlikely to be a serious problem.

The idea behind all the technology within a police car should be invisibility, or at least as non-intrusive as possible, and should work with as little input as possible. Perhaps for emergency type situations, someone should be back at the desk feeding the officer relevant information through the system so the officer doesn’t have to search for that info on the fly.

@ Dubya - Oh, driving while typing is definitely against regulations! But just like in the military, sometimes regulations are disregarded in place of more effective solutions. Although relying on dispatch over the radio for information may be safer, I feel as though police officers like to be self-reliant. If I were an officer, I wouldn’t want to radio dispatch every time I needed to run a plate, look up a warrant, or Google something.

@ thirdnorth - I’m sure there are some voice recognition technologies out there that are much improved, but I’m not sure all the bugs of the vocal interface have been ironed out. It’s kind of like augmented reality - we know what it could look like, but we’re not exactly sure what it should look like. Not sure about the touchscreens, but apparently New Hampshire winters are enough to make them not work! One of the officers I rode with also complained about his lack of visibility - between the radar, the cameras, the lights, and other tech, he had mere inches of visibility. The officer said that this was the most dangerous thing - no one realizes that in some cases officers are driving blind. With more tech that allows you to see, it also inhibits your ability to see - ironic!

a simple solution is to have a researcher from the office end that’s tied in with the on-site officer’s laptop. Officer drives, etc and researcher does research (for multiple officers) when needed.

I believe that no matter how great a solution can be created, the problem we’re trying to solve is how to make the driver multi-task. Unless there’s an automated car involved…

There’s a computer programmer thesis project I ran into recently that does this great motion tracking instantly. The vdeo exaplins it better than I can:
http://www.tested.com/news/object-tracking-algorithm-learns-from-mistakes-video/2109/

Imagine if the car is equipt with this, can detect a specific car and sound some sort of alarm to notify the driver, etc

I would prefer police officers not using voice input while driving. Verbal production tasks create a huge cognitive load for a driver. This is why it is no safer to use a hands free device than a hand held device.

I’m not saying that typing is safer than talking, but talking isn’t a good solution.

Part of the reason Heads Up Displays are helpful are that they a) place the information within a 15 degree cone emanating from the eye into the roadway, b) because they are designed in such a way that projects the information so that it looks like it’s floating in the road (or sky in the fighter jet case) and finally because it doesn’t require the driver (or pilot) to change his or her body schema from including the car to not including the car to look at things inside the cabin, which can take up to 15 seconds.

I am psyched to see someone talk about driver distraction and user interface technology though, it just so happens that it will probably be the area I do my MFA thesis in!

@ Nicanor - Yes, I think the problem to solve is driver multitasking. Which is also a problem outside of the police force! The tracking video is fantastic, but what exactly is it tacking?

@ Carton - Interesting about the cognitive load - I didn’t realize that! Many police officers (and firefighters) love the idea of a Heads Up Display. I think the problem still is, though, how do you interact with it? What’s the interface for that - verbal, touch? In Robert Heinlein’s “Starship Troopers,” the soldiers switch radio frequencies by biting on a plate. Are there anymore uncommon solutions?

Here’s a great article that talks about why police officers should drive with the windows down to increase area awareness. One worry I can think of about information overload inside a police cruiser is that police officers will no longer be aware of their surroundings. 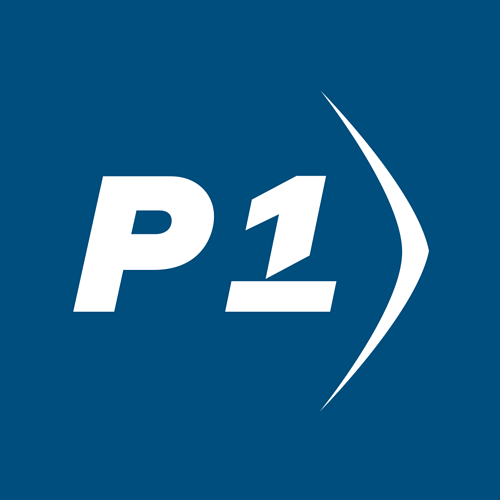 Working with the windows of your squad car rolled up, your senses take in less, information, putting you at a tactical disadvantage