Okay, so after refining my work and setting up a portfolio, i’m on the job hunt, but now, i’m seeing that very few companies want to recieve physical portfolios. instead, they want me to send three examples of my best work. the problem is that sending one panel of a three-panel project wouldn’t make any sense, and sending one project as a whole might not properly represent my skillset. what i came up were these three panels, which more or less take snippets from each of my projects and presents them in a way that would highlight my strengths as a designer. along with these three panels, i am also including a resume and a link to my corofolio, just in case these three images do pique some curiosity. tha background is supposed to represent blood, sweat and tears, and also guide the eye from one part of the panel to the other. what do you guys think? does it work? 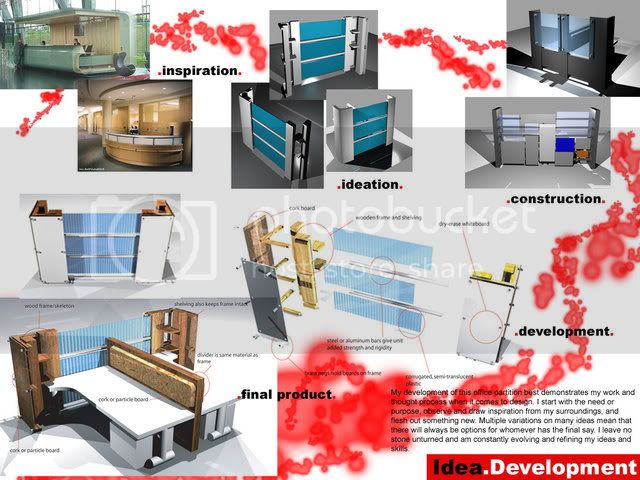 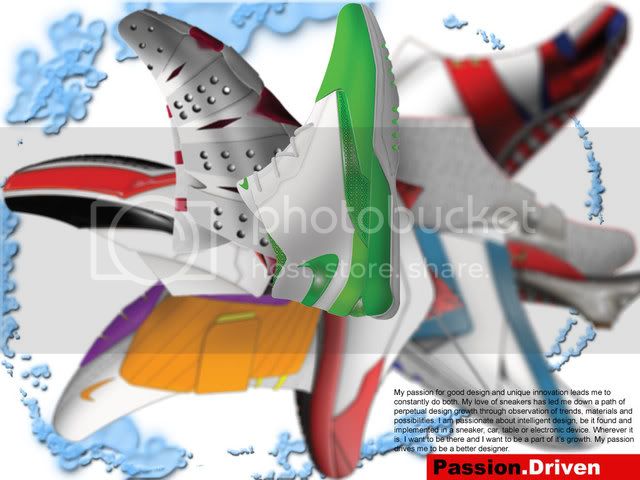 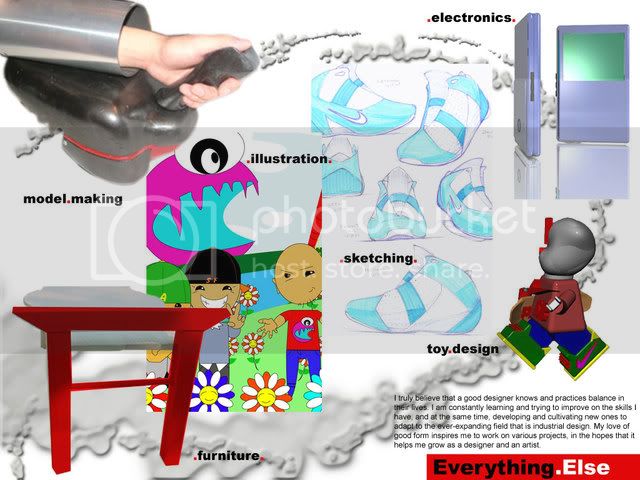 i’ll comment more further later, but the first thing i noticed is on the last board, the “sweat” seems be oddly emanating from the joystick thing you got your hand on…errr, ummm…could be misinterpreted by some…

so THAT’S the moment this emoticon was created for…

There is some cool work going on in there but there is WAY too much going on. I just don’t know what to look at.

Try thinking about your layout a bit more, i don’t think that the ‘blood, sweat and tears’ idea really works the way that it is intended. Instead of leading you around the work I found it distracting. I might be tempted to ditch the background effect all together or at least play it down a little.

I really like the desk / divider and the sneakers - you should play up the sketches for the sneakers as they are really nice and at the moment they get lost in the background.

I hope that helps…

got rid of the ‘blood sweat and tears’ things and replaced with a sort of guide-line that’s quasi-subway style to get from one part of the image to the end. it’s what i’m sending out. hopefuly it works. soon. i just lost my job today =( 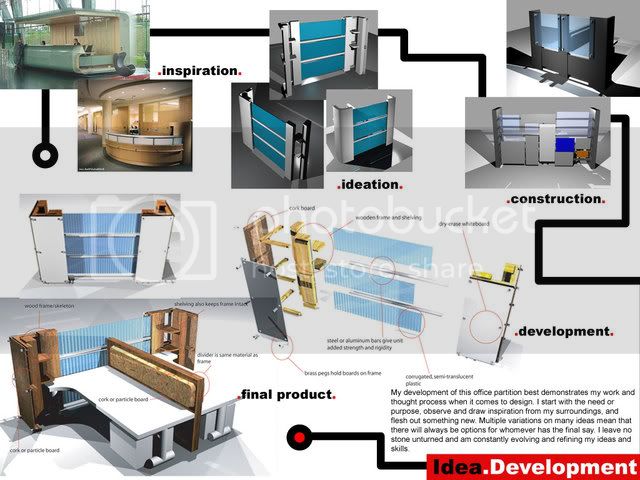 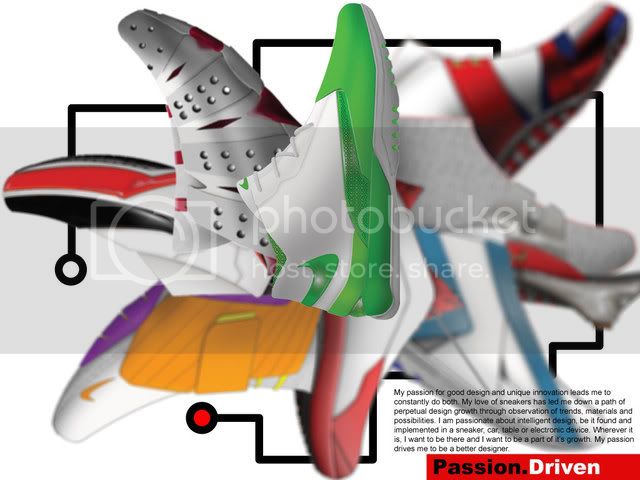 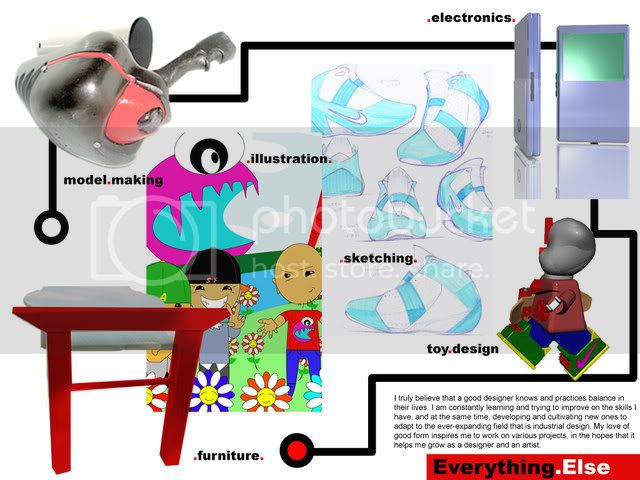 sorry to hear about your job.

to me, your portfolio teaser looks way to heavy (and heavy handed) on the layout, and doesn’t show your work all that well.

I’d ditch the fancy layout, the crazy lines, and show more meat. For instance, the shoe page only really clearly shows one render. It looks like you have a lot more behind it, but because of the placement and blur, I can’t see anything.

your layout is overpowering the content and taking up almost as much space.

Even the stuff on the thrid page is relatively small, compared to the lines and all that.

Overall, I don’t get much of a feeling of your skills from these pages. keep it simple.

how’s this as a direction? better? worse? same? 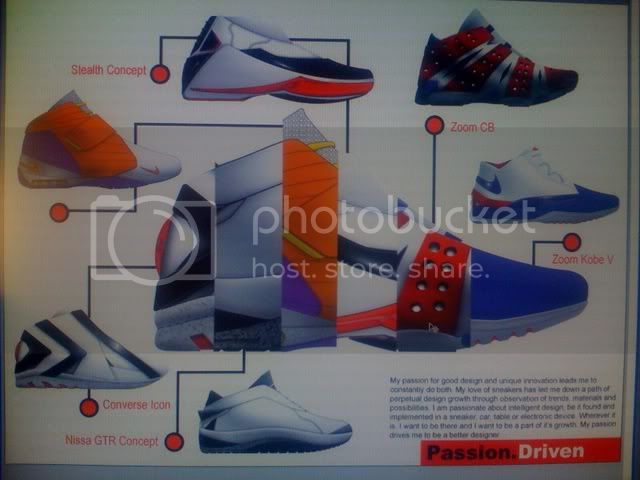 the image above is a bit better, but the mixed up thing in the center doesn’t do anything, and just takes up space. Honestly, I think it would be best to just even have all the renderings in a basic grid, showing each one as large and clearly as possible. That, with some text or a title block is all you need.

or this from Yo (Michael DiTullo)

works best to show the work as clearly as possible.