Pickens Plan. By now you’ve probably seen the Ad on television. If you haven’t, see it here:

Like our current candidates for President, T. Boone Pickens, a life-long oilman, recognizes the deperate need for the US to wean itself from foreign oil. The difference is, Mr. Pickens has a plan; he proposes to advance wind power generation in the United States … NOW!

Put politics aside. Republican, Democrat, Green, Libertarian, Independent … it won’t make much difference when we’re paying $6.00 a gallon and standing in line to buy groceries. We are Designers. Designers solve problems. And this is a problem, a big one.

LEARN THE ISSUES!
GET INVOLVED!
JOIN!
DO IT NOW!

Yeah, I know, this topic isn’t specifically design oriented, but this is the most-read discussion group on CORE … and it is important that this information is shared.

Politics should stay in the off-topic forum. That’s why it’s here.

As for the plan, sounds a little optimistic. I’ll need to do some digging, but from the commercial, it sounds as unrealistic as Greenpeace.

Mr. if you look in the dictionary my picture is right there next to the definition of the word “skeptic”. I do not agree with you re: the Greenpeace comment. Pickens has a plan that can be implemented immediately using hardware that is “on the shelf”. And bucking up the infrastructure to distribute this energy would put thousands of Americans to work ( and probably a lot of Mexicans too for that matter… . )

I don’t care, if he can pull this off he DESERVES to make a sh*tload of dollars. And we will be better off for it.

As for the plan, sounds a little optimistic.

Optimistic!!! Hell yes it’s optimistic! Isn’t it about time for someone to be optimistic about this country? Personally, I’ve had it with American politics (but especially politicians). … . Has anyone in our “government” even suggested a way out of this dilemma? No. …

Electric cars and trucks… . bring 'em on. Revitalization of the American railroad system? FAR overdue in my opinion… Bailout the airlines… . why?

Dig into this for yourself Mr… . .

Hmm- stating that this is a political and hence non-design issue seems like a narrow definition of what should concern design. Isnt this what we are clamoring for? To be involved in the long term planning of products, so that we dont have to put a nice veneer on a deeply flawed system. So why not critique the plan on the basis of merit?

What bugs me though is- if this is so great why in the world should any govt be involved?? Govt involvement skewed corn prices. Why get “involved”? Create a better mouse-trap and sell the energy if wind is so abundant.

The government has made major infrastructure investments in the past, when no private enterprise could. Think WPA, US Interstate system, US Mail, the Internet, etc.

But I think a hybrid approach makes the most sense since clearly private companies like GE will benefit and will also spur development.

I personally believe that electric motors are going to revolutionize the automotive world and this adoption will happen very, very quickly (along the adoption timetables of Web, Digital Cameras, MP3 players…) If I’m right, that gives us a lot of options when it comes to providing the electrical energy, be it wind power, solar, CNG or nuclear. But we need that electrical infrustructure!

Absolutely agree with “LEARN THE ISSUES!”, “GET INVOLVED!”. Checking out is no longer an option.

We are Designers. Designers solve problems. And this is a problem, a big one.

The key is identifying the problem(s).
Is it that we are paying too much for gas? Americans are not paying the most per gallon by far in the world: Why gas in the U.S. is so cheap - May. 1, 2008
So is OPEC the problem or solution? Here is a peak at gas price trends:
Gas Price — Gas Prices
Are speculators in effect doubling gas prices?http://onlinejournal.com/artman/publish/article_3443.shtml
I’m all for free market economies, but for critical resources (water/energy), should there be more oversight?http://www.star-telegram.com/100/story/706612.html
If you believe so “JOIN IN”:
http://www.stopoilspeculationnow.com/site/page/the_problem
Are CAFE standards too low, due to automotive/petroleum lobbiests?
http://blogs.motortrend.com/6246375/government/ambitious-achievable-interim-cafe-32-mpg-by-2015/index.html
Surely the government could incent automotive companies who excess standards by 50-100+%

Whatever the problem(s), looks like there are many roads to the solution. Hopefully they will start intersecting soon, so ideas and passion can drive home new thinking and new solutions.

I have to say, I’m nearly a pinko, so it’s hard for me to say anything against government getting involved in something. However, our energy needs are so varied, I think government intervention will cause more problems than it solves.

I said in another forum that the government should supply hydrogen at the major domestic airports. This idea would be far gentler (and cheaper) than building a high speed train network (billions versus trillions, mho). Also, it affords new business opportunities as subsidized hydrogen would be new resource in those communities. Also, a government contract for non-carbon sourced hydrogen would encourage business on the supply side too. Note, this is all coming from building reservoirs and distribution at airports, the rest of the development is all coming from private inspiration.

The government could do it all mind you, but I think it would take longer and be more problematic. This is because the government where non-carbon sourced hydrogen would come from in five years. That’s an enormous bet. It’s better to let five entrepreneurs develop five solutions and let the chips fall where they may. This way we are not burdened with out of date technologies.

Another case of short-sightedness is bio-fuels. Because of tax breaks, we are growing enormous amounts of food to burn. This has another effect though as it is keeping fuel prices artificially lower than they would be. This keeps us burdened to internal combustion engines. Isn’t it weird how that works out?

Lastly, I don’t view the recent fossil fuel pinch as being negative. Already US petroleum use has fallen 3%. The Honda Civic has passed the F150 as the top selling vehicle in the country. We are permanently destroying petrol demand day-by-day. This is the most positive trend we can have.

I think my rather basic ideas will soon be surpassed by the private sector in the US and elsewhere. The fuel prices are hurting too many people for innovation not to come naturally.

OK, I read up on his website a little. Basically, it boils down to let’s use CNG in cars in place of dino juice and we’ll gather wind energy to take care of electrical demand.

Actually, not all that bad. Slightly better than Greenpeace. Although, at the end of day, it’s replacing one fossil fuel with another. It’s postponing the problem of burning slowly-replaced liquid-stored energy. Also, I think this guy might still have his hand in many of the current NG ventures, which biases him.

I’ll start with bias. About six months ago I read the annual reports for Canada’s three or four biggest NG pumpers and transporters. There is a shit load of NG pipeline projects running North-South coming on line in the next five years. Now, maybe I’m wrong, but if this guy has hands in these ventures, he’s well placed to profit immensely from increasing NG demand.

Second, we’re postponing the inevitable and not working efficiently. Wind power is horrible for electricity. The wind blows whenever, but we need electricity 9-5, 7 days a week. That means we either need a lot more turbines than we need to compensate, or we need to store the energy. But, when you think of it, if we’re storing the energy, why not use that for transport? We could mine hydrogen out of wind power, and pipe that to urban centers.

Another factor is distance. Sure, North Dakota can produce 20% of the electricity needed in the US, but how much will be left in the lines when it hits LA or Chicago even? Resistance consumes a lot of electricity. Here in Quebec, only about 50% of the electricity produced in the dams is used. The other 50 is radiated into the environment as heat from resistance in wiring. It’s far better to produce hydrogen whenever the wind is blowing than waste the wind off-peak hours. No one is doing this.

That’s my relatively informed opinion. I hope T Boone gets a real discussion started…otherwise I might vote Nader…again.

I like Mr. Picken’s plan, because it advocates a common sense, moderate approach to supply energy - ie: develop means to harvest all existing energy sources in a responsible way. Do wind where it actually would work (parts of Texas and Oklahoma), as well as all other forms of energy (including oil).

This article just showed up in the local rag. 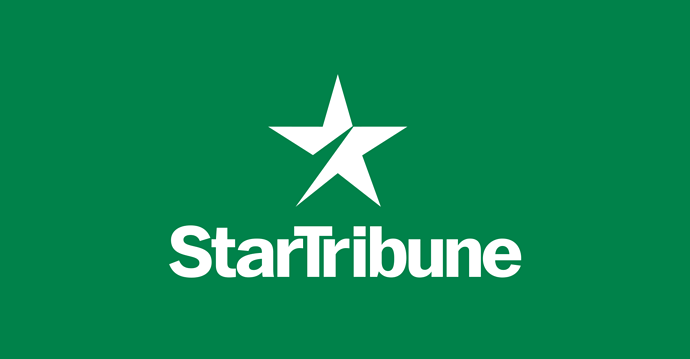 A blooming solution to gas crisis?

the govt gives away 5- 7 billion in oil and gas subsidies every year, yet people love to talk about the virtues of the free market whenever alternative energy subsidies are brought up.

in regards to the pickens plan, it seems suspiciously like a scheme to promote natural gas by associating it with wind power.

in regards to the pickens plan, it seems suspiciously like a scheme to promote natural gas by associating it with wind power.

I tend to agree jehan.

Substituting one evil for another (natural gas for oil) isn’t going to help “America” wean itself from it’s energy consumption habit. However, anything that will promote the retention of US$$$ within the US economy, and reduce dependency on foreign oil importation, is a positive thing; in my humble opinion. And drilling for more oil (offshore, and in the Arctic Reserve) isn’t a solution; the first thing you do when you’ve dug yourself into a hole is stop digging.

Estimates for the construction of transmission lines, support towers, access roads, etc. are conservatively estimated at $60B, but (probably more realistically) at $200B by Pickens; a boost for the sagging US economy.

I can imagine the problems that naysayers will point out. Everything from rights-of-way for the estimated 20,000 miles of transmission lines, the visual blight of thousands of wind-turbine towers, wildlife impact, NIMBY-ism, etc. But I don’t see much difference between this and myriad of gas stations, oil pipelines and terminals, and tanker trucks required to feed our addiction.

What I believe is truly important, is that Picken’s Plan is a step toward action in a country plagued by self-doubt and apathy, driven by political inaction, fueled by cronyism. And yes, I personally view Mr. Pickens as one of those “cronies” … an man who has made billions of dollars on oil partly facilitated by political manipulation. But like Andrew Carnegie, I’m betting that as a man of 80 years, he wants to be remembered for his contribution to America, not what he has taken.

I think we all agree that Pickens Plan isn’t and end-all solution to our energy problems, but it will provide a stopgap until hydrogen, solar, and biofuels become viable. After that it will be a ongoing source of energy for the United States.

US Farm Subsides, in all areas, exceeded $16 billion last year. According to the Farm Subsidy Database, $143.5 billion was paid to “farmers” in last ten years … 72% ($103B) of which went the top 10 recipients. 78% of that ($80.6B) went to producers of commodity products; corn, wheat, rice and cotton crops. 66% of American farmers, those engaged in the production of fruits and vegetables, received nothing.

Coal gasification. We’re swimming in the stuff, 27% of the earth’s known reserves. FutureGen has been on the back burner lately because of escalating costs, but the hope is Obama will give it more support since he’s coming out of Illinois, the unoffcial Saudi Arabia of Coal.

South Africa is already doing a lot on this front