When I do photoshop renders I normally select with the wand, expand it by 1 pixel, then fill it with a color. Lately I’ve been trying to save my selections as paths so I can get to them more efficiently. The strange thing is, when I save my path, the selection isnt as clean as when I originally selected it with my wand. Is there something I can do to save a path that is exactly like my wand selection?

The first pic is my original selection, expanded by one pixel. The second pic is after I save the selection as a path. The square at the tip of the toe cap is where the selection gets kind of wonky. 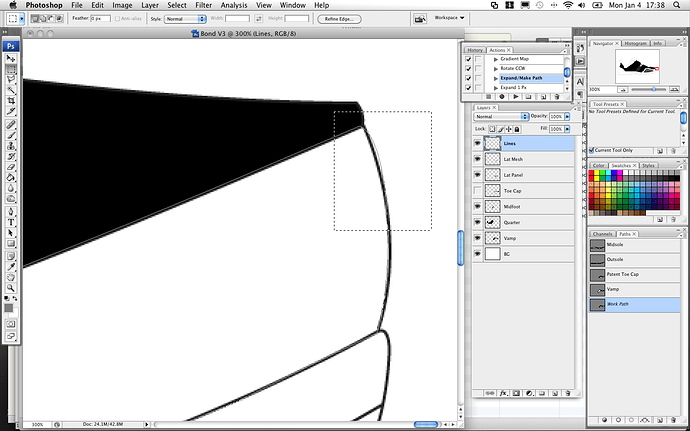 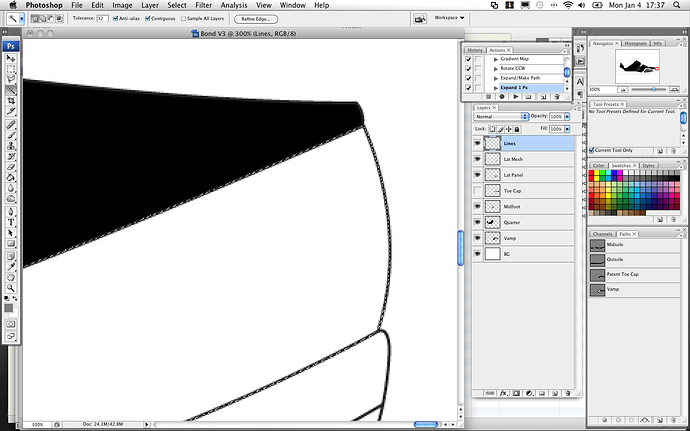 Are you importing lineart from illustrator? In that case, copy all your illustrator paths, then paste them into your psd as paths. That way you rely on actual vectors as your selection.

FYI I’m also using Rkuchinsky’s tutorial on footwear rendering for reference.
So I merged all my illustrator linework into one layer, selected, copied, and pasted all paths into PS as paths, like you said.
I’m still not sure how to select individual parts of the shoe with paths, when I load the path, it gives me this weird looking selection as the picture below illustrates. 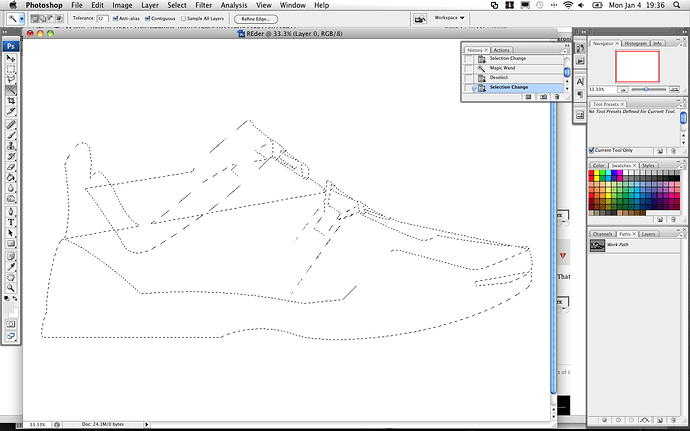 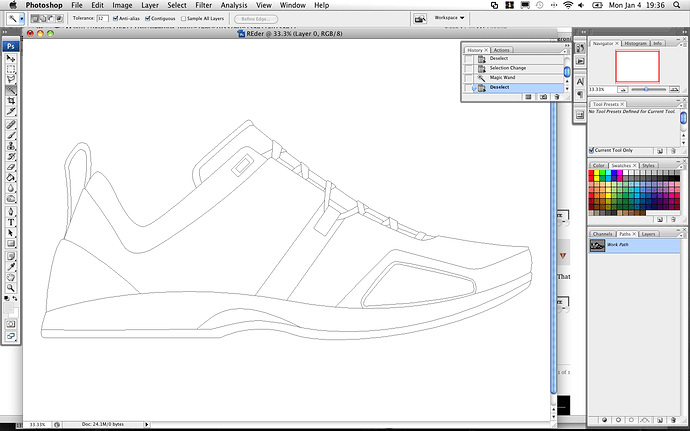 path selector is the white arrow

ok, that makes sense. I guess I’m going to have to draw my linework differently I think. I originally drew the sole as a single shape, then drew an intersecting line to create the outsole.

Yeah make sure all your paths are closed

I don’t use paths because I am usually just working super fast, not closing paths and more sketching with illustrator. I fill in illustrator using the smart paint bucket, then bring the flat filled shoe into photoshop to shade. I duplicate the flat layer so I always have the flat lineart below, un-rendered, to use the magic wand on cleanly. When I save a selection, I save it as a channel.

I use Yo´s method…it´s really fast and also giving wrap effects to my textures in PS…expanding my selections also and painting the contours giving more realism…Ritchard’s tutorial is pretty awesome but there´re other ways to get the same result.

Here are two links to a couple of step by steps on the ways I do it. There are a lot of ways to skin the cat and I’m always looking at what others are doing ant implementing bits and pieces.