OK, there is no way to ask this with a straight face…so I will start this by letting it be known that my tongue is firmly planted in cheek.

Looking at my Shick razor this morning and thinking about the geography of the proposition, wondered…has anyone ever designed a product specifically for this purpose?

Now, women have been shaving their bits for quite some time and they do razors, waxing and nair, etc. But I promise you, NO ONE is coming at me with wax and the intention of YANKING after application.

So maybe some women on this site can provide some insight on this. Or maybe some guys that might have some…ugh…first hand experience?

ohmy.
where’s deez when you need him!
~

Trust me, I realize this is a…ahem…touchy subject. I have tried to keep it light hearted, but curiosity is truly getting the better of me on this one.

I dont’ think there has come out with one specifically for male use. I would imagine your best bet would be using a razor- I don’t even want to think of waxing or nair like products. (ouch) Suprised the “Queer Eye” guy didn’t blantantly explain the best procedure.

I don’t know if I am willing to try this one. Its a “curiosity killed the cat” situation.

Razors, gonads…to me two words that shoudn’t be in the same sentence.

but the trick for shaving nuts is a fresh razor, softening coarse hair by taking a hot shower/bath and keeping skin taut while shaving. think: embroidery hoop, but instead of cross-stitch…it’s yr testicles.

i am not sure why ppl would want to do it though. maybe they do it once, and then decide that it wasn’t such a good idea a day later when they get a really bad case of itchy crotch.

maybe they do it once, and then decide that it wasn’t such a good idea a day later when they get a really bad case of itchy crotch.

I would never consider a razor, too many delicate cracks and crevices. My advice would be electric clipper like you’d use on your head, but with a guard. Guardless you can still control how close but the spaces between the teeth let folds slip in and get cut. Use the smallest guard to have a “cut free” buffer amount. Not totally bald but perfectly adequate.

You know what’s funny, I was just thinking about this earlier today HAHA. I saw this in my medicine cabinet and it seemed like it would be a good idea (don’t ask I haven’t tried it yet) but I have used it before and there is almost no way that it could snag you. 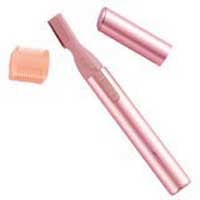 Menappi: Is that electric or a conventional razor?

Still think the best way to remove hair is to wax em … problem is we can’t reach the places down under … that’s why these “therapists” have a job.

Ipwirelessly - Came up with any ideaS for DIY hair removal products yet?

Anyone remember this device? Its a bent spring that you roll over your unwanted hair and it pulls it out from the roots!!!

Imagine THAT rolling over you’re nads. In case you need a better visual, you can watch a video at the website: http://www.facialhairthreading.com/index.php?page=photos

I think my aunt is still in therapy after using this thing back in the late '80s. The one thing missing from the video is the woman using it isn’t crying uncontrollably after using it.

Ipwirelessly - Came up with any ideaS for DIY hair removal products yet?

Yup, I believe I will make millions. Only problem is that I need someone to test them for me. I need volunteers…how 'bout you whatizhisname?

I promise they won’t hurt TOO much.

The spring looks like a torture device … tried using 2 dimes as a tweezer?

Have you seen the other method of threading? Think it’s an Indian beautician method where they use this normal sewing thread, wind it around their fingers using 2 hands and working on your eye brows and lips and chin. It shapes the brows and picks off facial hair. Y

ou’ll sit on the barber’s chair and face up, occasionally lending a finger so that you can press on the area requested to create a taut section for them to “shave” off. So what happens is that the thread criss crosses across the hair growth and plucks em off as your fingers work along it.

Menappi: Is that electric or a conventional razor?

Yea it’s electric, it has two micro serated pieces that slide back and fourth rapidly, but the teeth are so small it’s almost impossible to get anything caught in them (i.e. skin), but effectively will shave off hair.

I briefly remember that spring device, and it makes me cringe thinking about using that on my balls. Even having them waxed, you gotta be out of your mind, that area is WAY too sensitive for that, you’d probably rip your sack off.

How bout NAIR? HAHA, but for some reason when this topic came up I thought of this, it’s a lint remover for clothes.

o man. I haven’t had a giggle this hard in a long long time. Its a big part of why I started this thread. I had no doubt that it would spark some humorous discussion about a real topic.

I believe most of the chemical hair removal products specify not to use them on genitals. I suppose there are some strange lawsuits behind that additional instruction!

I suppose there are some strange lawsuits behind that additional instruction!

Yea I was kidding about the NAIR thing, I found some one time in the cubbard and thought I would try it out. Well I put some on my eyebrow (don’t ask HAHA) and the next thing I know my skin is burning and I end up getting a big ass scab on my face. 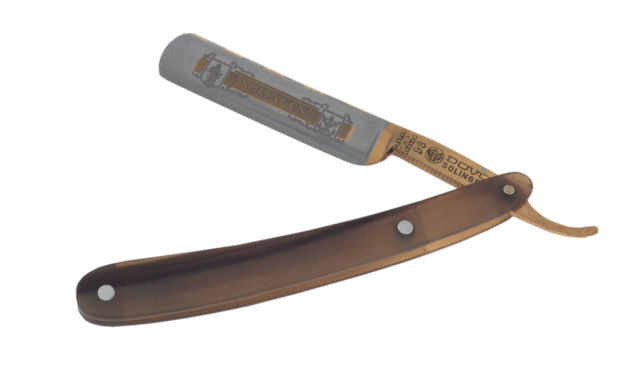