This morning Peloton and CPSC agree to a voluntary recall of Peloton Tread+ and Tread treadmills.

CPSC and Peloton Announce: Recall of Tread+ Treadmills After One Child Death... 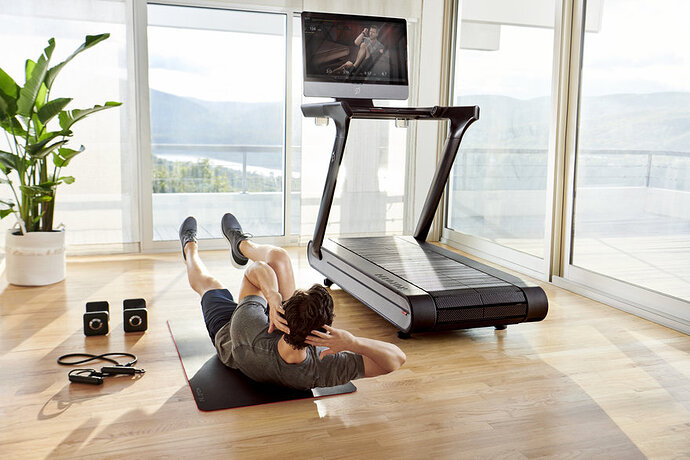 I don’t use these kinds of exercise equipment other than to admire a beautiful design. However, after looking at the machine and that the rear of the tread is not protected and continues around and under the machine, I don’t see how the designers and engineers could have missed this glaring problem. It would seem minimal testing would have revealed the potential problem of pulling things under the machine. Shame on them!!!
And, a bit of shame on the Core77 for giving it an award in 2019 PELOTON TREAD - by Peloton Design / Core77 Design Awards

I’ve never used this treadmill but-

Maybe the backs of treadmills aren’t protected, but their PR team should get fired. This is their response to a child dying.

“There is no reason to stop using the Tread+, as long as all warnings and safety instructions are followed,” the company said in a statement. “Children under 16 should never use the Tread+, and Members should keep children, pets, and objects away from the Tread+ at all times.”

Every lawyer, even the dimwitted ones, knows that mitigating risk by the IFU is an entirely worthless defense. Especially when it would be simple in this case to create inherit safety by design. “A guard that prevents children and animals dying doesn’t look cool.” is not a defense.

saw it on the news before they accepted to recall their product. They showed a video of a kid going under as he was trying to get his ball. Kid was ok but horrifying to see how easy and fast he got sucked under. Design arrogance + lack of empathy to people with kids or pets. But I am sure they were able to keep the design intent.

I’ve never used this treadmill but-

I trust you are being facetious. But, I think if you look at the design of your LifeFitness treadmill you will see that it can’t pull something under it.

A brief google image search seems to show that the back of the rolls are exposed on nearly every model. Most seem to have some kind of “cow catcher” bar to prevent anyone getting pulled under though.

A tragedy and a reminder of the importance that designers bring. Every engineer and design that worked on this should be asking themselves how they missed this.

My wife was walking on our (old) treadmill and our 2 y/o snuck up and tried to jump on and immediately got shot directly into the wall. Was fine, but I could only have imagined if she was at a running speed how much more force it would’ve carried. We sold it not that long after.

I always assumed that the little bar underneath connecting the rear feet was more of a structural member, but now I can see how it could prevent something from going underneath even though the back was fully exposed.

My quick google search of treadmills showed a number of brands with a crossbars added to prevent objects being sucked underneath the belt. Many models do show an open rear of the belt, but the models that did include protection indicate that some brands took this this under advisement in development. Also, I would guess that the caterpillar tread on the Peloton has better gripping power than a regular belt and could increase the likelihood of something catching.

This is how class action works in America you pick the high profile company and use them as an example.

I think we are all guilty of designing for the ideal user & environment (late 20s, early 30s, single, high income, huge modern house, dedicated room for the equipment)…specially for the marketing images. However, the reality is very different and we cannot ignore how probably the majority of users will use the product or where. A small multipurpose room with other little people or pets walking around. 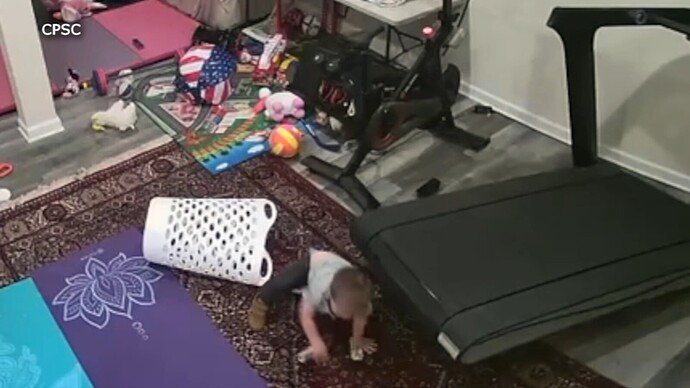 Anyone else see their stock dropped 40% over night. Sales are sliding and they are cutting prices. I wonder if this isn’t the beginning of a new tech bubble crash…

Yeah there was a significantly large miss on revenue numbers. Fundamentals are good, just perhaps not as fast as originally thought.