In the summer of 2010, I was in almost the same position (21 years old with a 2 month-old son and a failed relationship). It wasn’t until about 7 or 8 months of sending out resumes and portfolios (and I was STILL working part time at a pizza shop) that I realized I needed to treat my situation more like a design challenge. The constraints were pretty clear - money, time, and level of comfort. I sold everything and moved to NYC with a some clothes, a sketchbook, and a suit. A few uncomfortable months later, I had landed the first gig at a job fair. That was all I needed - I figured any design job couldn’t be as hard as designing your own (and your kid’s) future. So far, so good.

But those “uncomfortable months” were easily the worst months of my life. If I could give any advice besides “keep at it,” I would suggest to
A) Don’t stagnate! Keep learning/ designing/ networking. TONS of free and cheap resources online. Learn something to stand out as an ID candidate (Javascript? Experimental photography? Basic UI/UX principles?)
B) Follow your passions. Cheesy I know, but easy to forget about in this scary period.
I wouldn’t have stood a chance without the help (and couches) of friends and the mini projects I gave myself - usually design competitions. Following my passions led to me explore with a more optimistic view, and allowed me to network outside of the design world, which really led to a more lasting impression than my name on a business card.

My point wasn’t to call op the victim, or blame him for his situation. I was merely trying to caution that the easy road and most often traveled is to roll over and say that life is unfair (which we all know to be true anyways).

90% of “luck” is just showing up.
Do the work.
Get the work out there.
Show up.
Be prepared to act when lightning strikes.

My cliche quota is filled for the month.

For me this factor, you may call it luck or “being in the right place at the right time”, eases the panic.

Accepting that there is this side that I cannot really control kind of makes me free to concentrate on what I can control: work on portfolio and networking.

Here’s a visual designer from Google explaining how he got the job he did. A lot of good points that go with what IAB and Michael have said about luck and putting yourself out there. 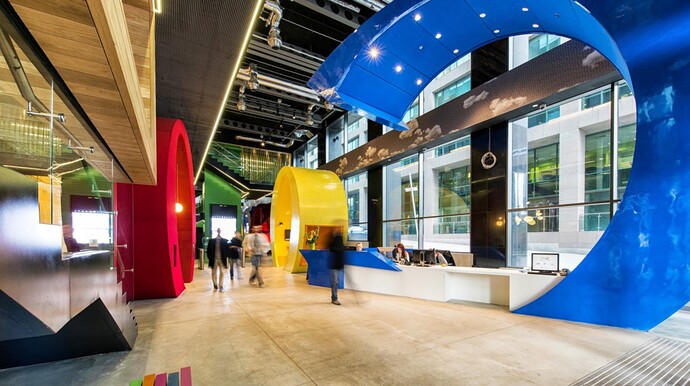 How I Joined Google

The story of my personal journey to a career at Google, in addition to a little advice based on my own experience.

It took me almost a year and a half to find my first full time job. I recommend that you give yourself design projects as though they were a freelance job. Keep your skills sharp. You will get out what you put in.

BTW: I think the only people from my class working as designers today are myself (I would consider myself top 4 in my class), someone that finished at the head of the class and a guy that barely graduated.

Have you posted your work on here?

I posted already my portfolio here… got some feedback and now I am working on it. Soon I will post it here again.

As someone who graduated last year and who was also in your shoes, my #1 advice is to be patient. I’m actually shocked you’re complaining you don’t have a job after only a MONTH has passed. Panic after a year has passed and you still haven’t found a job. It took me 6 months to find an industrial design job despite having several on-site interviews and interest. At first, I was willing to take any ID job just to have a job. This was mistake #1. Don’t rush into an application, interview, employment JUST because you feel bad for not having a job already. My biggest take away from the job search process was that every single employer was trying to find the right fit for the job. Guess what? You probably aren’t it and maybe the company isn’t a right fit for you either. Think about what YOU want out of a job. Don’t want to work by yourself? Don’t want to be a sketch monkey? Don’t apply then. Don’t try to mold yourself to every single company! You are not a fit for every company and every company is not a fit for you. Figure out what YOU do well and SELL that. Then find a company who aligns with this. Make your passion for design show more than your desperation for a job.

I’m now a year post-grad and finally work at my dream design company doing exactly what I wanted to do (only after unhappily working for a design company that was not the right fit for 7 months prior). That being said, the design field can be tough to get into. Luck and timing is everything! Companies aren’t constantly hiring or may not have a need for another designer right now. I only got my current job because two designers moved out-of-state at the same time and my company finally had an opening after 4 years. Yep, 4 years they hadn’t needed a new designer. Dumb ass luck indeed. Things take time and don’t expect to find your dream job (or any job) right away!

Thanks for sharing that kktx. I think you hit the nail on the head.

Things take time and don’t expect to find your dream job (or any job) right away!

No joke. Took me three years to find a job, not that my portfolio is world class. Even applied at the AutoZones of the world. Life is crazy. The job I eventually got all but ruined my life. The typical path of getting a mediocre ID job right out of school, toughen’ it out for a year, getting a better and better job until you’re a superstar, I’ve found out the hard way, is not how it works for everyone. Certainly not me. I’ve even been considering reworking a couple old projects, which I may do, actually, I already am for one, but it’s been a work in progress for years really. But that’s not really my style, and I’ve come to grips with that. I’d rather focus on what’s next and make that better than last time. It’s a rougher, grittier road maybe, but I feel like I’m building design & life muscle in some ways. Everyone’s path is a little different. Don’t let yourself become deluded by the “golden ID path” that nobody seems to dissuade you from believing you’re destined for in school. For better or worse I don’t really have “panic button” in my brain. So I just rolled with whatever happened. I’m trying to change that. I do have a “really pissed off and irritated” button. The “Panic” one is probably a better one to have, but definitely no need to panic that you don’t have your dream ID job after a couple months. Just go with the flow, homelessness is Very Underrated! (Just Kidding!)