Overmoulding Silicone / TPE onto a Printed Circuit Board

I’m a student trying to figure out how to manufacture a piece of wearable tech - wondering if anyone here might point me in the right direction.

The product is a wristband coated in TPE. What would be really nice is if I could overmould the TPE directly onto the PCB.
I have been in contact with a couple of companies, and their response has been a) to overmould a PCB, one must go for a low pressure, low heat solution. This plastic is usually quite rigid - not the sort of flexibility suitable for a wristband. b) silicone / TPE requires high pressure, high heat. This more or less blasts the components off the PCB.

Hence its tricky. However, I took apart a Nike Fuelband (http://i.imgur.com/yhZkoJi.jpg) - and it seems they have managed it. They have used some sort of TPE (I think but I can’t tell), and they have overmoulded it directly onto the PCB - I was able to peel it right off the surface (perhaps some sort of coating was used?)

If your vendors are saying it isn’t possible, give them the fuel band and say “OK now what?”

The Fuel band appears to be TPE + PP based on a bunch of different sites around the internet. The polypropylene may be helping assist with the molding temperatures.

I just went through this process trying to over mold a very thin stainless steel insert. It is quite complicated. It is possible to mold TPE or silicon separately and insert the board afterwards. I have seeing this done with a lot of success. If you design your part lines right it will look like it was over molded. I found an image of a clear fuel band and I think they slip it over the surface after molding it. I could be wrong. But to keep the tool simple I would think that is how they did it. I also watch a video of them assembling the band it was part of a commercial that was on you tube. It was hard to tell how they did final achieve the design but I noticed in one scene it looked like they were inserting the circuit board into a rubber part but it was only half of the rubber part. So I don’t know if maybe they insert the fragile part into a section of TPE and then complete the process by molding the other half after. Just some other ideas on how to think about the process.

Some TPE’s are PP with oil added. Kraton is one example. There may be some form of injection mold that distributes the pressure more evenly on the components, partial injection and mold closure for example. 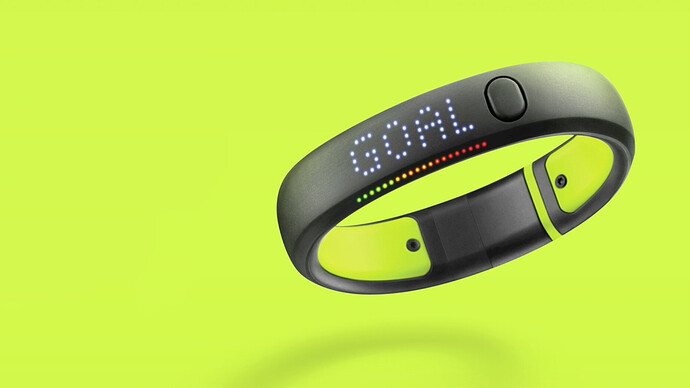 The Making of the Nike Fuelband - Whipsaw Design and Engineering

The Nike+ FuelBand exemplified Nike’s inspiring mixture of brand experience and dedication to athletic performance. Not only did it help to invent a market segment, it also pushed the boundaries of wearable styling, engineering, technology and...

How about cast materials for prototypes and low production runs? Urethanes or silicone rubbers? No pressures, no heat, accessible and lots of durometers to choose from, simple tooling.

Whipsaw seems like they’re going to know a lot about it - thanks for that link!

Topwellspring - I’m guessing they are the actual company who manufactured the plastic overmoulds?

Looking into casting for the prototypes, cheers