Hi, I think this upload needs an explanation (if not an apology).

I haven’t been sketching for quite a while and I am extremely rusty, been doing quite a bit of non-product design work. So I gather that a great way to push myself is to actually do a sketchaday challenge, so I feel pressure to improve.
Since I’ve had the guts to dish out criticism on other users sketches, I thought I need to man up and put my pen? where my … mouth… is?

Anyway, I figued if I upload a crappy thumbnail it can only get better from here on… 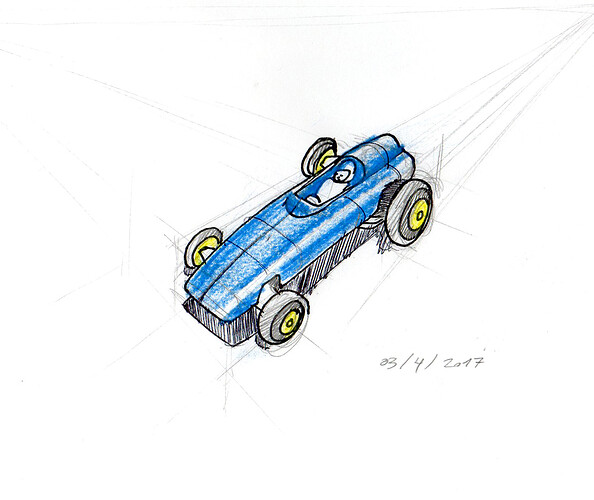 Following on the theme of old toy cars. 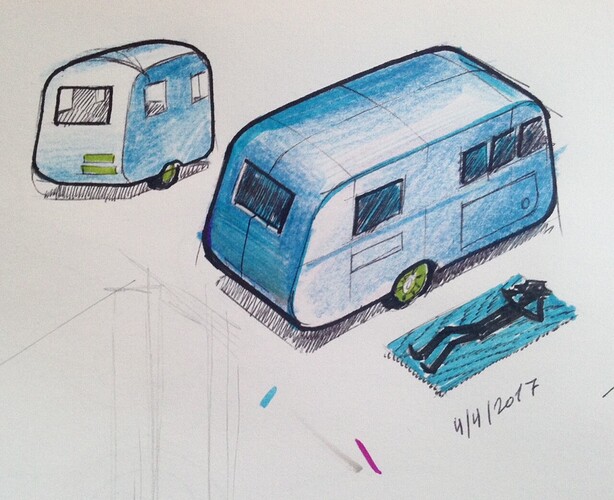 Ok, I’ll try to be more diligent, I managed to scan it.
Old Pencil sharpener, I am going with the theme of “stuff I have knocking about in my desk”. 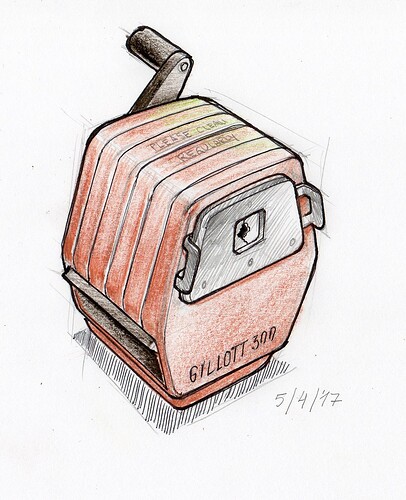 The pencil sharpener is a huge jump in quality from the first two posts. Good stuff!

Agreed! Try some that are just black and white line work as well. Skip the color for a few posts.

Thanks guys, I will work on monochrome for a bit.
Doing a bit of warmup exercises at the moment to improve line work.

A little toy truck, i tried different points of view to add complexity this time. 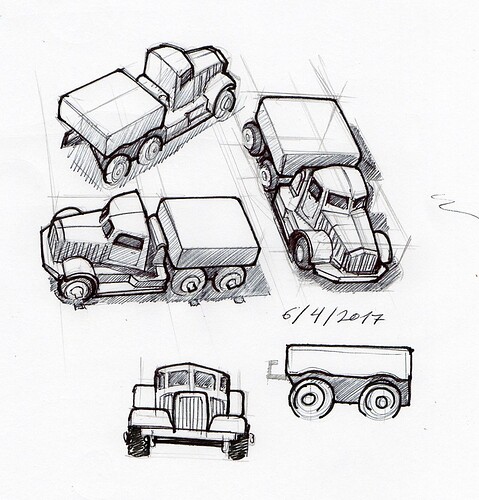 Great progress! Experiment a bit more with perspective and keep proportions in mind.

Great progress! Experiment a bit more with perspective and keep proportions in mind.

Thanks Ralph will do!

Random. Some bits of a weekly design challenge plus an ipad color study on walkie talkies and another toy car.
I’d like to get cleaner more consistent and homogeneous concept exploration pages. 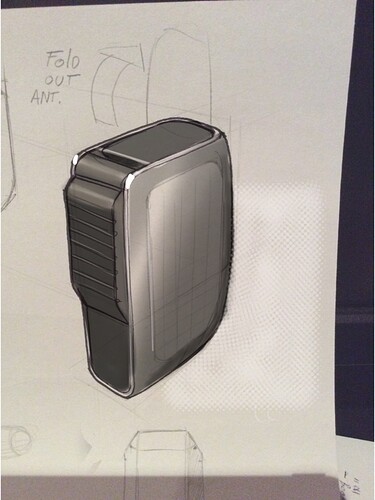 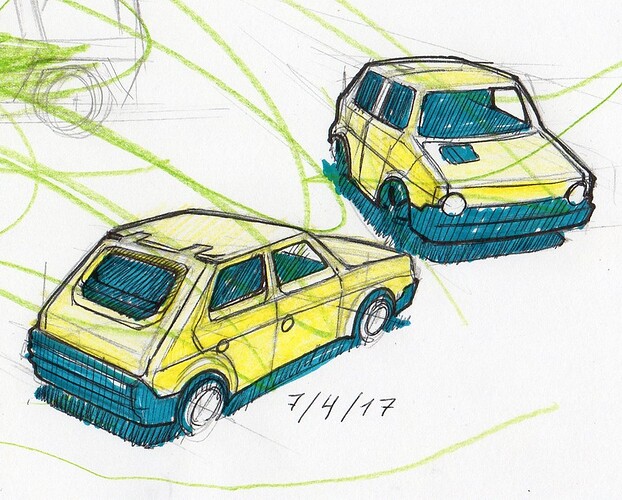 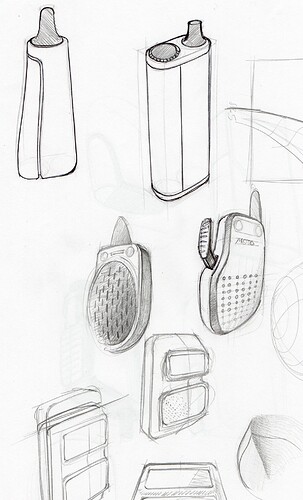 I managed another skecth today. Car and astronaut (I am easily distracted).
I would like to get used to skecth in bigger size, all the previous sketches are thumbnail size, this one is A4 and I can get more detail although it’s more difficult to get going.
Also I’d like to be better at defining surface details in sketches, I always end up heading for the 3d model quickly and I loose out on the potential of the exploratory sketchy phase. 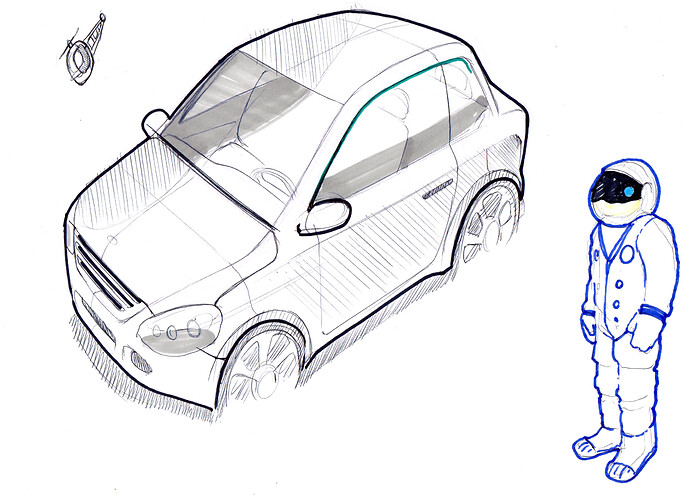 More toy cars. I’m not a car person at all but find them fun to draw. 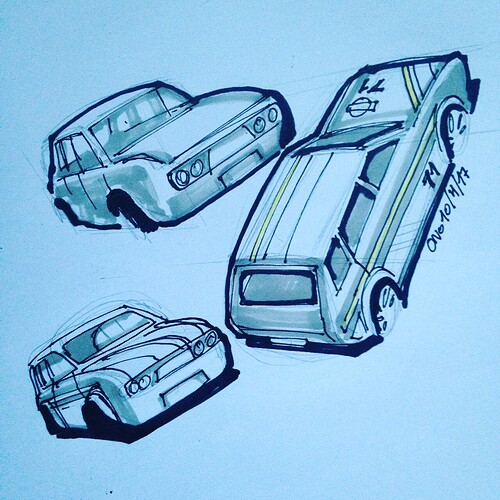 A double session, as I skipped yesterday.
Some kind of RC bubblegum pickup truck? 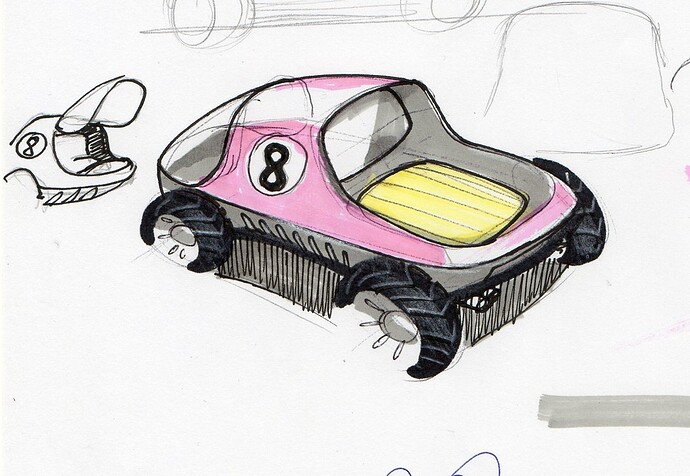 that is a fun one!

Thanks Yo.
I got carried away with the pencil hatching, hate the look of it but here it goes.
These were cool in the 90s. 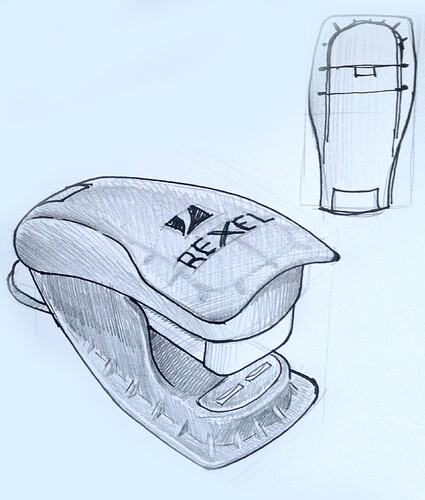 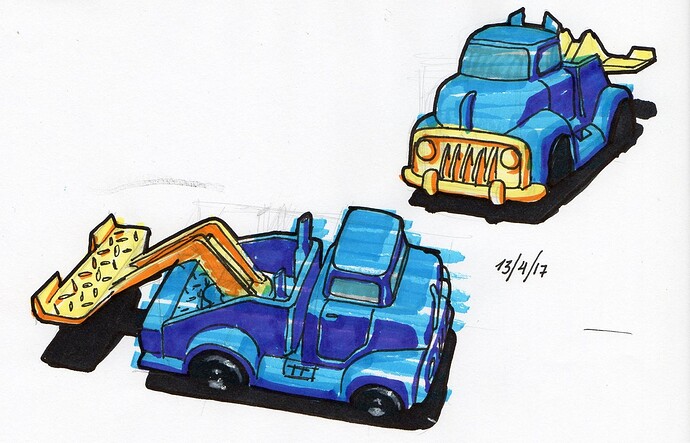 Nice!! Keep them coming! Check out Scott Robertson on Youtube! He has a great little sketching channel, and I think completing some of those exercises will help you draw through and really figure out the perspective.

Thanks! I know Scott’s stuff, the guy is a legend, deffo have much to learn from him…

Nice!! Keep them coming! Check out Scott Robertson on Youtube! He has a great little sketching channel, and I think completing some of those exercises will help you draw through and really figure out the perspective.

A toaster I did for the #Weeklydesignchallenge in Instagram.
I wish I could justify an Ipad pro, this dull pen from the old pad takes some getting used to.
(boy, do I like to blame the tools…) 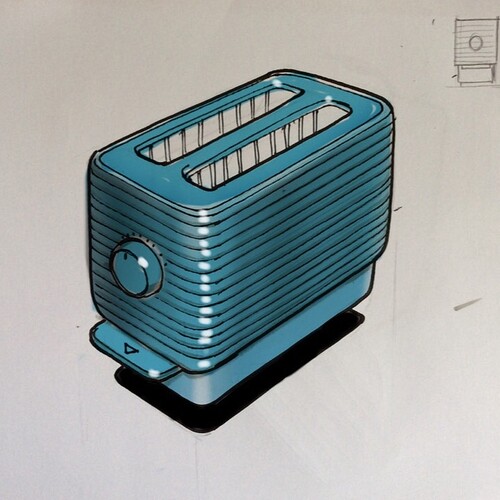